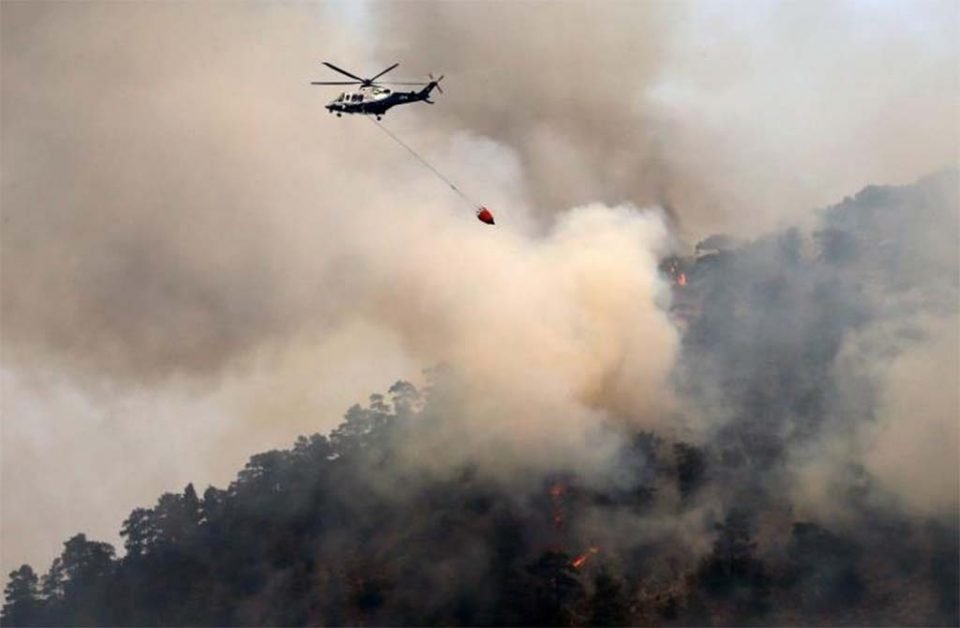 Following a worrying spike in the number of fires in the forest areas of Cyprus Agriculture Minister Costas Kadis on Tuesday suggested the most serious offenders get life imprisonment, a measure that “would act as a serious deterrent for arsonists.”

Kadis, who said the majority of recent fires were malicious, also added that the government’s role is to act preventively to stop the issue getting out of control.

“We are discussing an increase of penalties with the justice ministry and we are also taking life imprisonment into serious consideration,” Kadis said.

The Agriculture Minister said that in 2018 the maximum penalty for arson was raised to 20 years in jail, a sentence that, according to him, “is clearly not a strong enough deterrent anymore.”

“That’s why we are considering introducing harsher penalties for arsonists. We need a radical move, as we consider arson a felony for which the punishment should be proportionate,” Kadis said.

As of Saturday the forestry department has prohibited the movement of private cars on forest roads without a specific reason from 8pm until 5am every night until August 17.

Specifically, the forestry department has decided to limit the traffic on roads that cross areas belonging to state forests, namely the Machairas forest, the Stavrovouni forest, the Limassol forest and the largest Troodos forest.

“We have seen an increase in the number of arsonists in Cyprus in the last five years,” Andreas Christou, a spokesman for the forestry department told Cyprus Mail. “Therefore, we had no choice but to implement more severe measures that will help us fight the issue.”

Penalties for people found driving on roads inside state forests without a valid reason can reach up to €5,000, a statement released by the forestry department said.

“However, people who live or have their businesses in those areas will still be allowed to circulate. But, with the new measures, forestry department officials will now have the right to stop cars on forest roads and check whether they have a valid reason to be there,” Christou said.

He added that the department is looking very seriously into the most recent fires that took place last weekend.

The first one took place on Saturday in the area of Kouklia, Archimandrita, Orites, Mousere and Dora, and destroyed 5km² of land, three of which were national forest, while the second one on Sunday involved the Prastio Avdimou area of Limassol with the fire service using aircraft to fight it.

Meanwhile, hunters in the island have expressed their frustration over the decision to temporarily close forests roads to the traffic, with social media sites hosting angry comments claiming that the new measures punish both innocent and guilty parties and that hunters are paying for the crimes committed by arsonists.