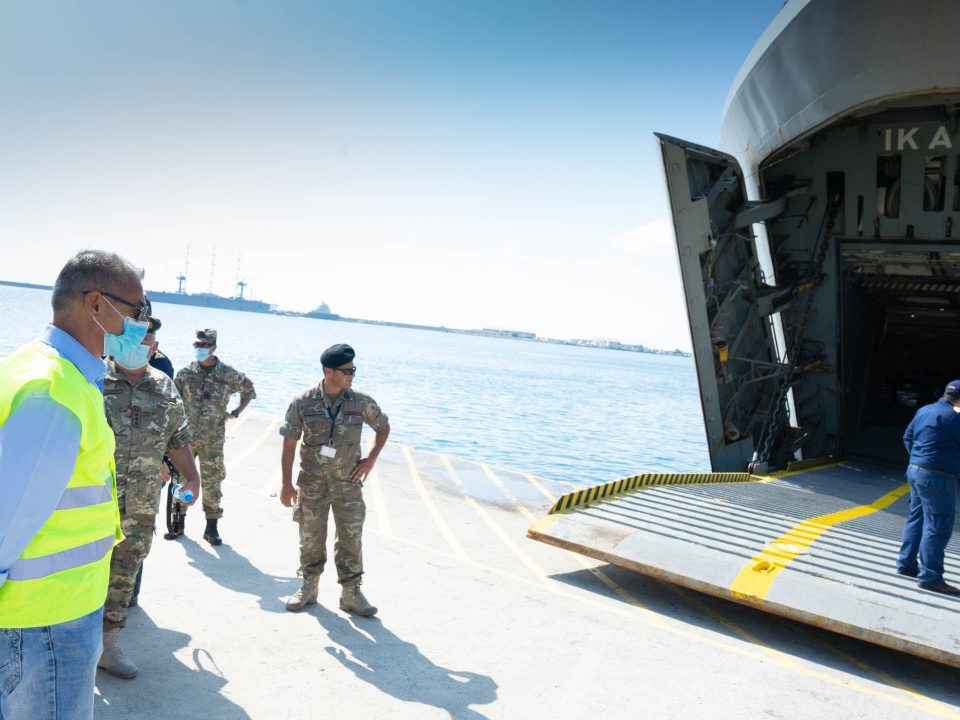 Yiannakis Yiannaki at the port (PIO)

Seventy tonnes of dry food were shipped from Cyprus to Lebanon on Tuesday, which is what was collected in a week to help the Lebanese people after last Tuesday’s blast devastated the port area of Beirut, killing over 150 people and injuring more than 6,000.

It has been also estimated that around 250,000 people have been affected by the explosion and are in urgent need of basic help.

Commissioner for Volunteerism Yiannis Yiannaki was at Limassol port on Tuesday to oversee the shipment, which was loaded on to the Greek naval vessel Ikaria, which then departed for Lebanon. The cargo was transported and loaded on to the ship in collaboration with the national guard and civil defence.

The donations came from citizens, municipalities, communities, private entities, companies and companies and non-governmental organisations, an announcement on Tuesday said.

In addition to dry food items, medical equipment, generators and other items have been transported. The shipment is due in Beirut Wednesday morning.

The dry food items were packed by volunteers over the weekend at the five collection points. They will remain open for collections until Friday.

Anastasiades said the island has already sent over five tons of assistance to Beirut, with 40 more to follow in the next few days, including medical supplies, generators, clothing and non-perishable foodstuff. 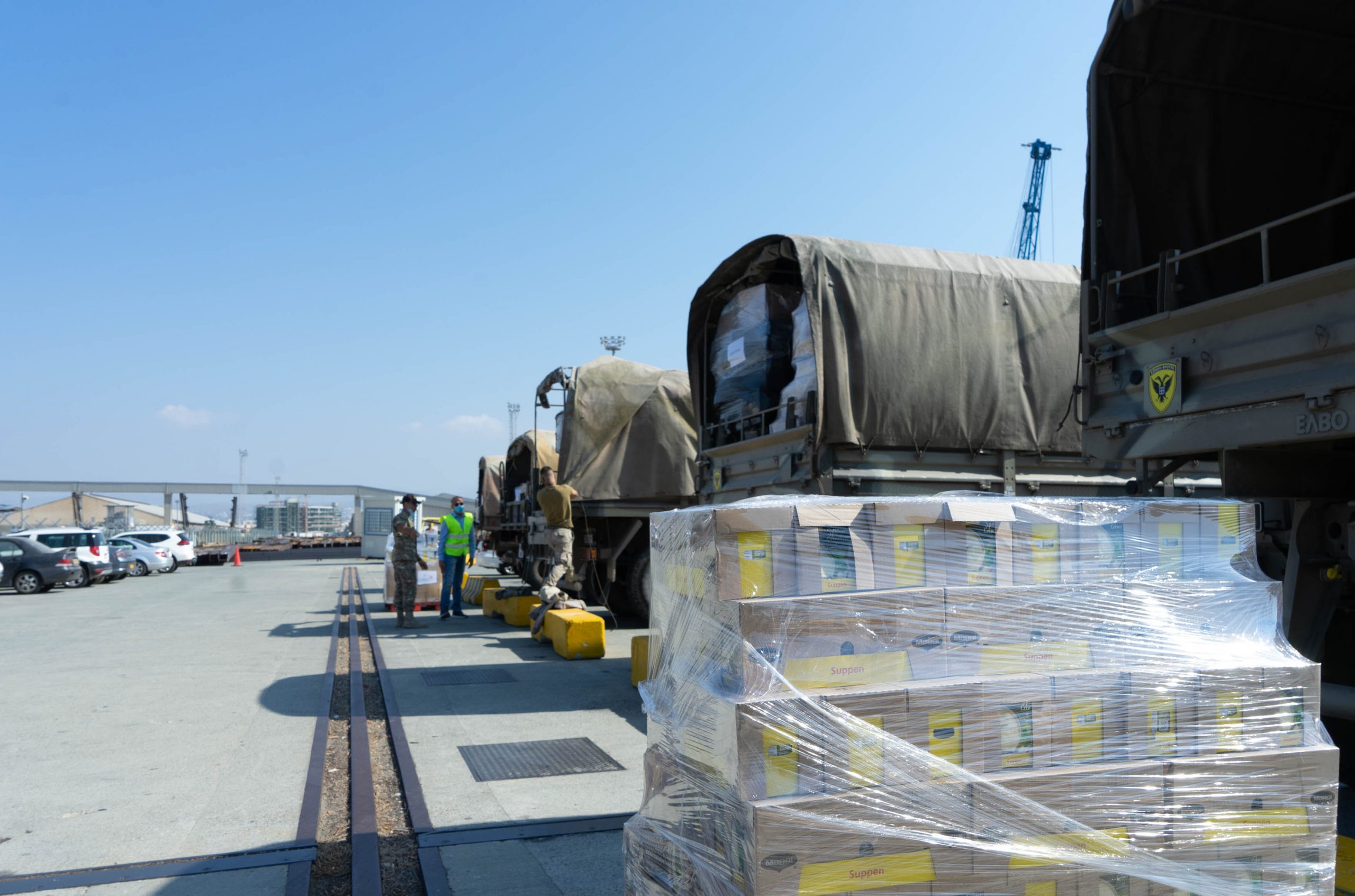 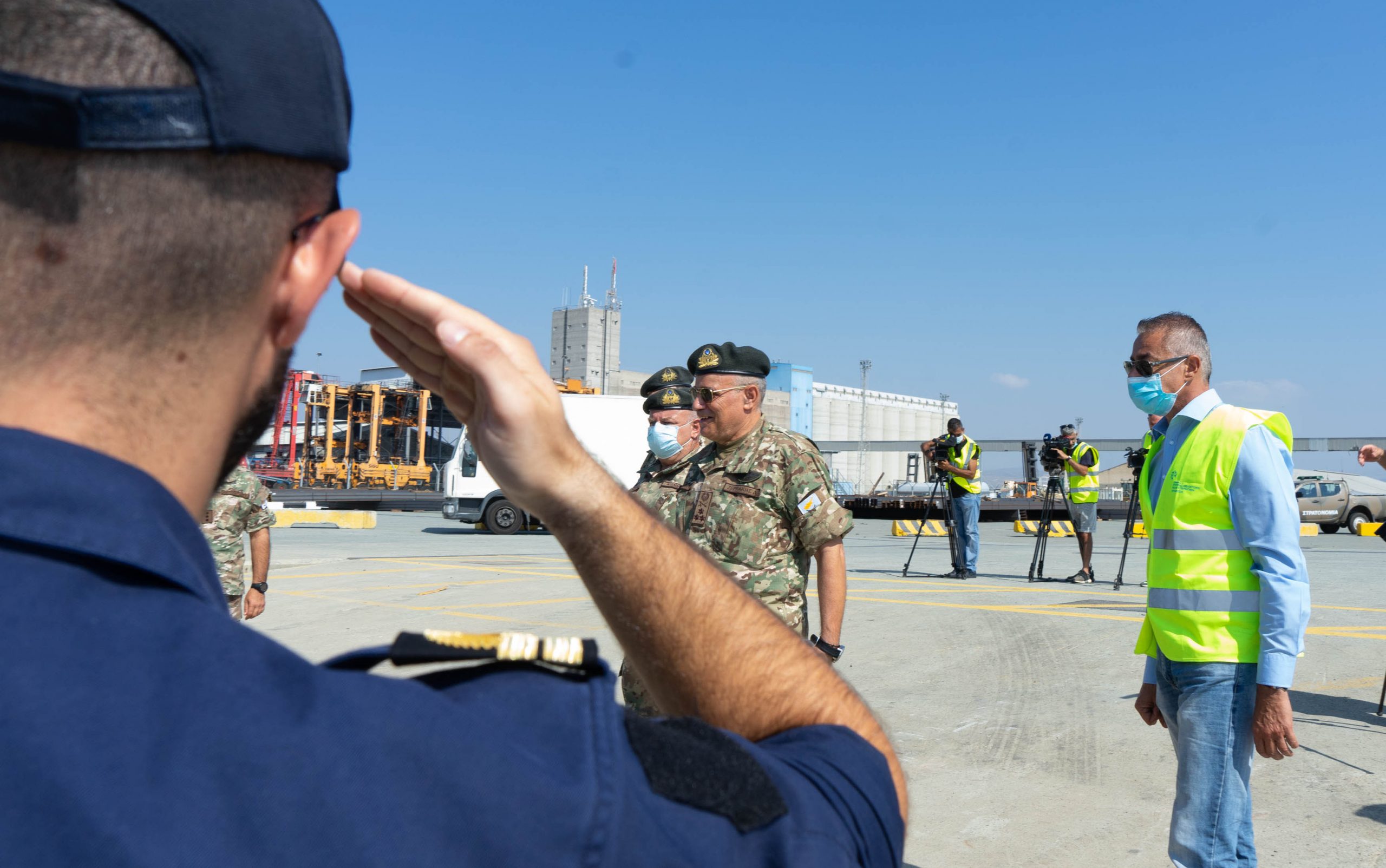 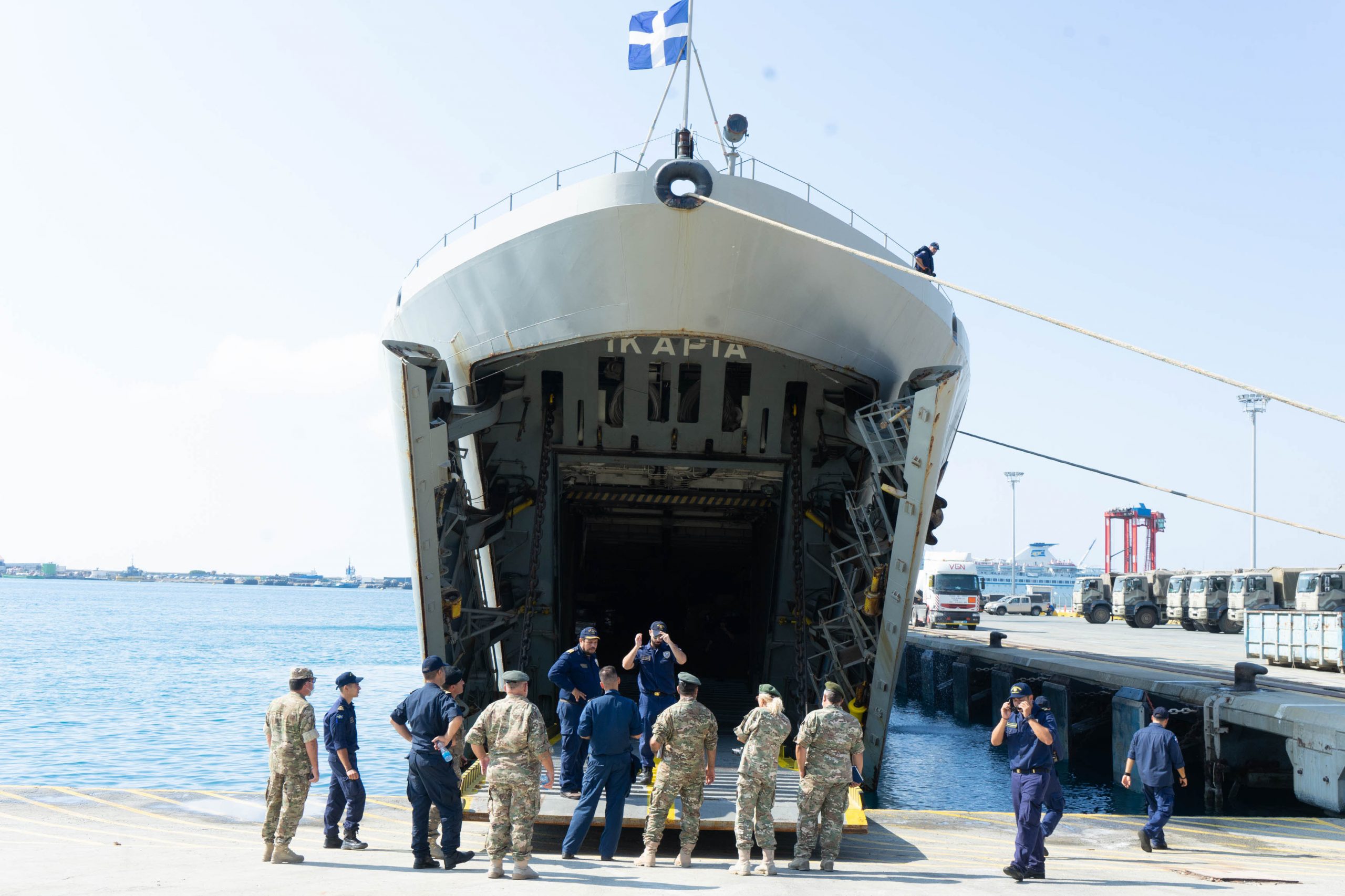