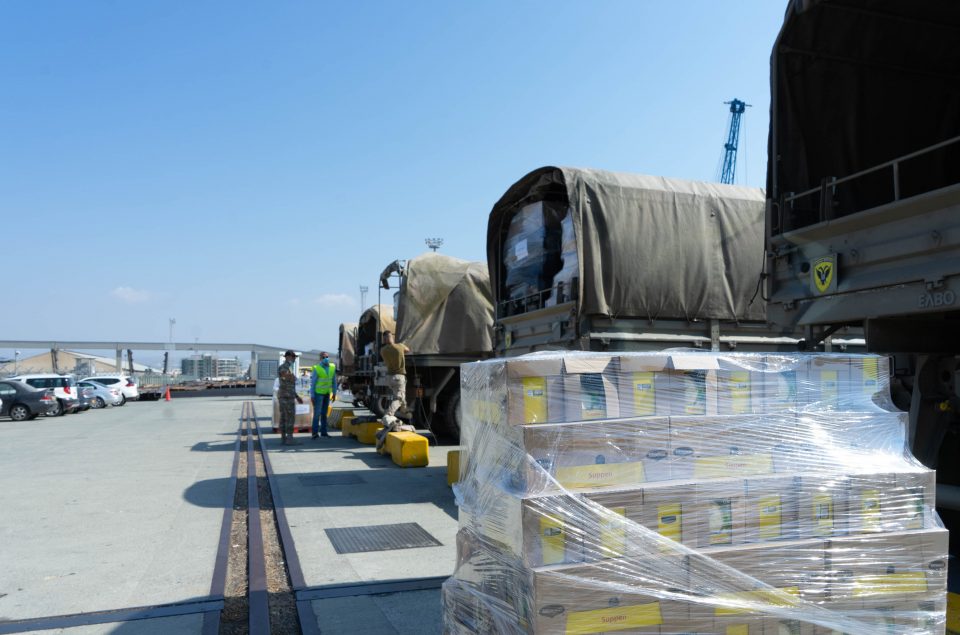 The first shipment of humanitarian aid for the people of Lebanon from Cyprus, after the August 4 deadly blast in Beirut port, arrived at the port on Greek ferry Ikaria on Tuesday night and was unloaded on Wednesday.

The collection of food, which began on August 7, will continue until August 14.

Commissioner for Volunteerism and NGOs Yiannakis Yiannaki told CNA that Ikaria reached its destination on Tuesday night and was unloaded on Wednesday.

Replying to questions, Yiannaki said further supplies gathered in Cyprus will be sent to Beirut.

Another 10 tonnes of aid relief items, collected by courier and shipping company Aramex Cyprus, was delivered also on Wednesday morning in Beirut through a chartered Cyprus Airways flight.

CEO of Aramex Cyprus, Moustapha Kaddouh, told the Cyprus News Agency that the aid relief that includes foodstuff, water, diapers for babies and clothes, would be delivered to three large non-governmental organisations in Lebanon. Aramex assumed all costs for the chartered flight.

He also said that the plane would bring back to the island free of charge Cypriots who are in Lebanon and wish to repatriate.

The company collected in total 20 tonnes, 10 of which it delivered to the Red Cross at the Limassol port and were loaded onto the Ikaria which delivered them along with the rest of the items sent on Wednesday morning.

Kaddouh said that though he has been living in Cyprus for 30 years, he was surprised to see the locals’ immediate response to his company’s call for collection of these items last week.

“The Cypriot people responded to the company’s appeal and in a short time delivered to the offices we maintain in all the cities of free Cyprus large quantities of food and other basic necessities,” Kaddouh said.