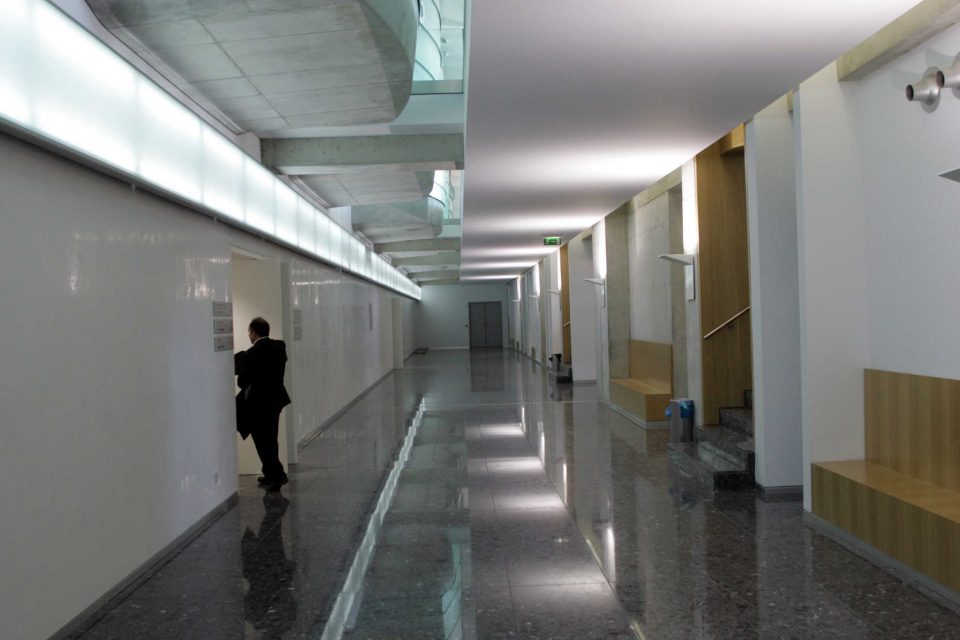 LITIGATION before the Cyprus Courts is notoriously slow.  It is not uncommon to spend five to seven years before the District Court and the same, if not more, on appeal before the Supreme Court.

Cypriot justice has not kept up with technological developments and over the last twenty years, in particular, the problem has become alarming.

Efforts for reform are underway but I am afraid that unless a modern foundation for e-justice is introduced, the problem will not go away.

Post-colonial justice started off very well.  Unfortunately, continuous failures by the executive branch over the years, to increase the numbers in the judiciary and the registry, as well as provide training, computers and proper facilities have, I believe, brought about the problem.

Clearly, everyone shares the blame.  The judges for adjourning hearings because of limited time.  The lawyers for applying for or accepting adjournments.  The registries that cannot manage the burden of the increased number of cases and the rules of procedure that have not had a major revision since 1960.

The problem in the delay in the administration of justice is not confined to proceedings before the courts.

It affects the perception of justice that people have, because defendants are allowed to enjoy the benefits of delay and that in itself undermines the orderly functioning of society.

Thus trust in the system and one’s right to a fair and speedy trial (which is a human and constitutional right) are eroded.

It is not an exaggeration to agree with J F Kennedy who clearly stated that “Justice delayed is democracy denied”.

Actually, if one were to look at the financial services model that Cyprus is advancing, it is easy to see the effect of delay in the official dispute resolution system of the country.

Cyprus has developed into an offshore financial centre.  Yet, Cyprus is not the usual choice of law or jurisdiction.  Ending up in court in Cyprus is not a short-term exercise.

To my mind this hinders a big part of the Cyprus package, because people have little confidence in the efficiency with which their dispute will be resolved.

We must, I believe, aim for the European average in litigation which is about two years per level of jurisdiction.

The inaction in introducing e-justice contributed to delays which in the first decade of the millennium found their way to the European Court of Human Rights (ECtHR) against Cyprus.

There was a series of cases which resulted in violations of Article 6 of the Convention with awards, normally, ranging from €1,500 – €5,000.

As a result, the Law Providing for Effective Remedies for Exceeding the Reasonable Time Requirement for the Determination of Civil Rights and Obligations No 2(I)/2010 (Delay Law) was finally introduced.

One hoped that the problem would thus be solved because the executive would now understand that delay was not only a cost for the Plaintiff but also for the State.

Actually, this stopped cases going to the ECtHR.  But this was not because the delays had vanished.  It was because of the procedural requirement in the Delay Law that obliged Applicants to first apply to domestic courts before applying to the ECtHR.  This was based on the need to exhaust domestic remedies.

Unfortunately, very few applicants to Strasbourg did this and a number of cases were dismissed as inadmissible.

To my mind, this transition should have allowed the executive branch to use the time to introduce an upgrade to the system by taking brave steps towards e-justice.

Alas, it did not and slowly cases started again to find their way to Strasbourg.

A recent example is the by consent judgment of the ECtHR on July 30, 2020 where as part of the friendly settlement procedure, Cyprus agreed to pay €9,000 as damages to three applicants and €1,500 as costs.

Interestingly, this in a way had reversed the Supreme Court which had failed to find a violation of Article 6 despite the application under the Delay Law.

Also, it appears to be against the practice of the Supreme Court not to award a ‘per applicant’ sum, opting rather for a lump sum irrespective of the number of applicants.

One can detect an unwillingness by the Supreme Court to award substantial damages for delay.  For example, in a judgment on July 15, 2020 even though the Plaintiff in a delay case (four years had been admitted) had proved that there were payments of legal interest amounting to €100,000 per year, the Court failed to award any such amount.

This in its turn makes the executive believe that there is no real monetary cost for it and thus is slow in bringing about the upgrade of the system.

To my mind the executive will take the issue of delay more seriously when enough cases generate substantial awards for aggrieved litigants.

The state tolerates delays in the administration of justice because it has no monetary cost.

Clearly, reform is required in reactivating the Constitutional Court as well as expanding the Appeal Court.

Discussing same is not my objective because the relevant bills are expected to be re-introduced to the House of Representatives soon.

My objective is to highlight the unacceptable situation of having to physically file documents before the court that need to have revenue stamps or advocate stamps, or other dues physically affixed on them.

This goes further in how the filing system at the registry is handled with the old colonial registers.

It continues with the difficulty to carry the actual file to the judge when the case is fixed.

To my mind in 2020 this is simply unacceptable, and the answer can only be e-justice.

Actually, the simple step of putting the “Computer on the Bench” would go a long way to solving the problem.  Already lawyers have a computer on their desk and many of them operate a paperless office.

This would not only simplify filing and will allow its use remotely especially in these difficult Covid-19 times.

The registry with a proper document management system and calendar could go paperless.

The lawyers would be able to file and exchange pleadings and other documents remotely and thus more efficiently.

And more importantly the judge will be able to manage the pre-trial as well as the trial of the case from the “Computer on the Bench”.  Actually, such a system would allow access by the Judge to any case at any time and from anywhere, thus obviously increasing productivity.

Clearly, there is a need for equipment, software and training.

Yet, I cannot see why this cannot be done before any real structural reforms take place.

It would be absurd to me to introduce any reforms to the judicial system before laying down concrete e-justice foundations.

On this solid e-foundation the upgrade of the judicial system can be built so that we can again enjoy the notion of speedy trial in the Republic.

This will actually elevate the Cyprus financial services package and bring us up to speed with at least the rest of Europe.