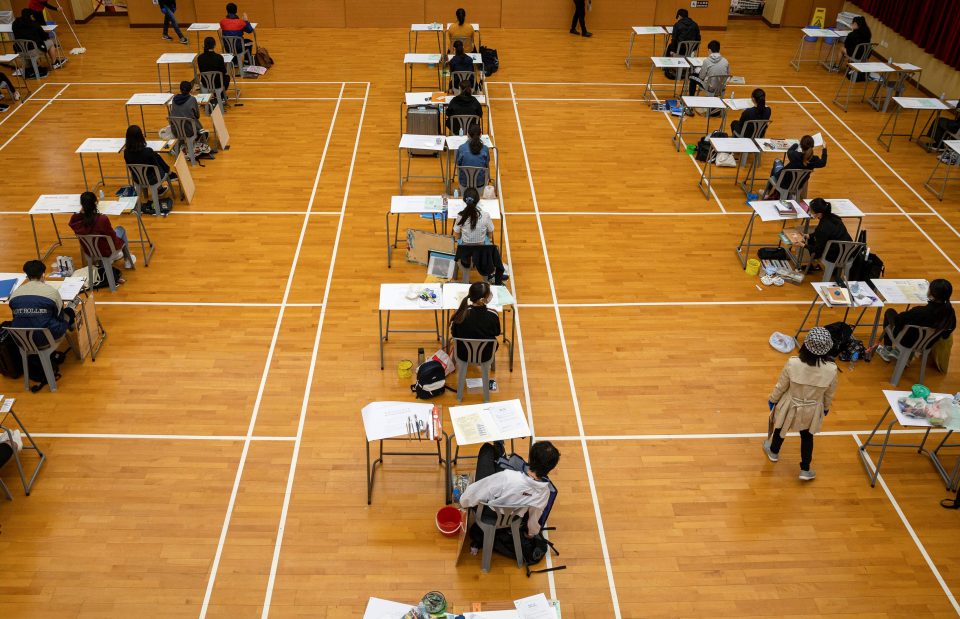 All IGCSE and A level exams were cancelled this year

The announcement by England’s education ministry on Wednesday that mock GCSE and A level exams can now be used to determine final exam grades will not help all students, private schools in Cyprus have said.

England is desperately trying to defuse a looming row over the awarding of school qualifications during the pandemic in a last-minute change following an outcry in Scotland. The results of A levels results, the exams that are taken by 18-year-olds to gain a place at a UK university, are due out on Thursday.

Results were due to be based on the judgement of a student’s school and then moderated by exam boards.

But England’s education minister Gavin Williamson said on Wednesday that students would now have the option of choosing between using their calculated grade, or deciding to go with their mock result, or sit a new exam in the autumn.

That means no-one will get an outcome lower than their mock result, exams that were taken earlier this year.

But in Cyprus this will only help those schools who took their mock exams early, in January or February, before schools in Cyprus closed in March due to the coronavirus.

“We hold our mock A level exams in March every year and could not hold them properly this year because of the strict coronavirus restrictions put in place in Cyprus early on,” the examinations officer at one private school told the Cyprus Mail on Wednesday.

“This means the option of going with mock results is not available.”

Scotland was forced to axe its downgraded results on Tuesday after dismay and protests sparked by an exam board moderation process which led to 75,000 young people seeing their grades revised down when the Scottish results were announced last week. It decided that a teacher’s predicted grade would instead be the final grade, but this in turn has led to criticisms of massive grade inflation. So far, England has refused to offer the same.

Teachers at private secondary schools in Cyprus have also complained that the original procedures put in place by examination boards saw them doing a lot of work for nothing.

Since pupils were unable to sit their exams because of the virus, their grades were calculated on the basis of teachers’ estimates, combined with a statistical model based on past results at the school and the student’s prior attainment, taking into account mock exams and course work.

The problem in Scotland – and will be for the English results announced on Thursday – was the part where past results at the schools are concerned. The exam board questioned loads of As or A* grades from teachers at schools whose students would normally get mostly Bs and Cs.

But what happened in Scotland after results were out last week was that bright students at average schools got their grades downgraded because their performance did not fit the algorithm used by the examination boards which monitored the school’s general past performance. Meanwhile, the top schools were awarded the top grades because they always get the top grades.

Similarly, if students over the past years showed weak results in a particular subject at a specific school, those who may have been a good cohort studying for the same subject this year were not getting the grades they deserved.

The teachers were completely ignored, a source at a private school in Nicosia told the Cyprus Mail on Wednesday. It may be a tendency for the teachers to give their students a good grade, but this was preempted, at least in theory, she said.

“They were told to make their predictions based on strict criteria and to collect evidence over time, which they did. But then the exam board never asked for the evidence. So the teachers did all the work, which they wouldn’t have minded for the students, but they did it for nothing,” she said.

“The whole thing is a complete mess. The whole year has been ruined with the coronavirus.”

The uncertainty all means students are nervous about their results on Thursday.

“We are waiting for a set of exams over which we have no control,” one student said.

One small consolation may be that if students get disappointing results they think are unfair, universities have been told by the UK government to leave the door open for places until appeals have been considered by exam boards.

Appeals, which have to be submitted through schools only, should be completed by September 7, allowing students who get improved grades to take up places this autumn.

A recent survey of 500 A level students in England, carried out by the University of Birmingham and the University of Nottingham, suggested almost twice as many students would have preferred to have taken their exams, rather than rely on estimated grades.

Larissa Kennedy, president of the UK National Union of Students, said there was “absolutely no merit” in looking at schools’ prior overall performance to judge students’ results this year, criticising it as “baking inequality into the system”.

She told BBC Newsnight: “They’re just trying to fit students’ attainment against a prior year, which means you’re just assuming and reproducing the fact that students from low socio-economic backgrounds are – as this system would say – due to get lower grades.”

She described the algorithm that was used to determine grades as a “lazy move”, leading to “individuals being let down by an unjust system”, which she said was “completely wrong”.