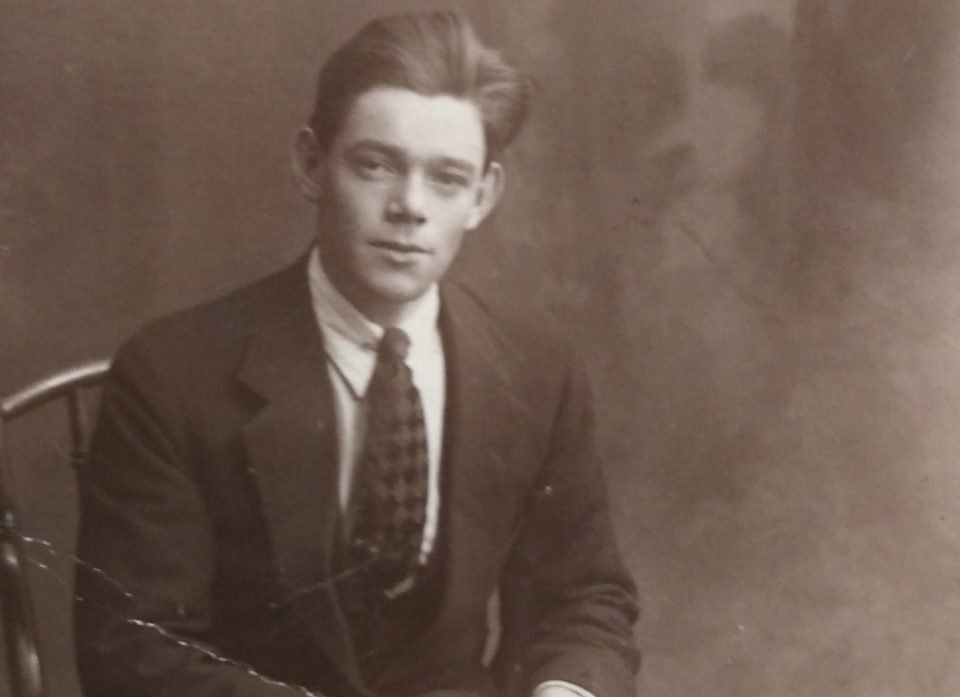 You can put any thoughts that this might be salacious or titillating back in your mind file and suck in your dribbling drools because it’s not that kind of revelation. It’s a look at three important males in my life and, as I get older, wonder what it would have been like if the first two had not been taken from me so soon. This was triggered by the thought that my husband has been dead for the span of my father’s life.

Tom died aged 41 and, as his seventh child, I was only three when he left us. Andreas was thirty-four. I have many memories of Andreas as well as many photographs to linger over: Andreas the athlete jumping hurdles; Andreas being ‘crowned’ with wreaths by both Makarios and Grivas; Andreas riding a donkey as a small boy: a record of his time.

How I had wished when we met and he spoke of his childhood in Cyprus, that I had known him then. I felt there were wasted years when we should have known each other, precious time lost. Was it a subliminal warning that the time we had together was limited?

When I get nostalgic for our combined youth, there are albums. I haven’t that many photos of my father. Looking at two pictures of both men, many decades apart, my youngest granddaughter remarked that she thought they looked alike, remarking, ‘They say girls often go for men who resemble their dads.’

If that was the case it was from somewhere deep within my subconscious, for I have no real memories of Tom as a part of my life. Memories I think I recall were probably imposed by family recollections. Yet I can see myself the day he died, a thing the seriousness of which could not imprint itself on my immature consciousness, sitting on the front step with a copybook and pencil in my hand my mother had given me. I couldn’t write but the desire to scribble and pretend I could, was there even then. She had told me to write down the names of everyone who came to pay their last respects to my father.

It was a long time later I understood she wanted to distract me from the sadness inside the house. Apparently, Tom had sat bolt upright just before he died and held a lucid, one-sided conversation with his late father. He knew for some time he was ill and would joke with my sisters that he had seen a Bean Shi combing her hair and wailing as he came in. That superstition was said to precede a death. He knew he was dying.

Andreas hoped to survive, his last words before surgery were, ‘I want to live to see my children.’ Fate did not grant that wish. I lack the courage to write our story start to finish. Just bits of it emerge in stories that I write. He was like my father in that he was intelligent, hard-working and witty and loved music and knowledge to improve the mind and life.

Edgar McLoughlin also loves music. He is the best friend a person could have. It’s been Edgar over the long years of separation from home when cash for plane tickets wasn’t there that kept me informed by sending me Irish newspapers, photos and books on Celts and Irish and Viking archaeology. He also phones me regularly when family seem to think I’m not worth the price of a phone call – out of sight, out of mind.

Facebook contacts and photos of home ease longing for a return that will never happen. Andreas gave me a confidence in myself no one else had managed to offer, not even my loving mother who tried hard. When I need to see physical resemblance of Tom, I look at my half Greek son who strongly resembles him as well as his own father. Rummaging for photos I found a little heart shaped frame into which years ago I had put a cutting. I remember thinking when I read it how some say the gods become jealous of humans who love each other too much. I felt even then, Andreas and I would have a struggle to be together, not through any fault of our own but because fate seemed set on sending us one problem after another that we battled and won until the final battle he could not win, one whose wounds still pierce my psyche.

Those few lines? Perhaps not quite accurately laid out here from memory but – ‘Therefore, the love which us doth bind and fate so enviously debars, is the conjunction of the mind and opposition of the stars.’ I gaze at his pictures now and know I would fall for him all over again. I look at the father my sisters had a chance to know, and feel cheated out of that experience as my children were cheated out of the love and protection of a good man, a family man like my friend Edgar who is devoted to his son and daughter.

Women often moan about their men but for me, growing up without a father and old without my husband was a double bad deal. However, I have the compensation of a good, true friend and that counts for a lot.

Gold bounces back above $1,900 as UK data renews recession fears

Painter in the spotlight on works that reflect how he feels