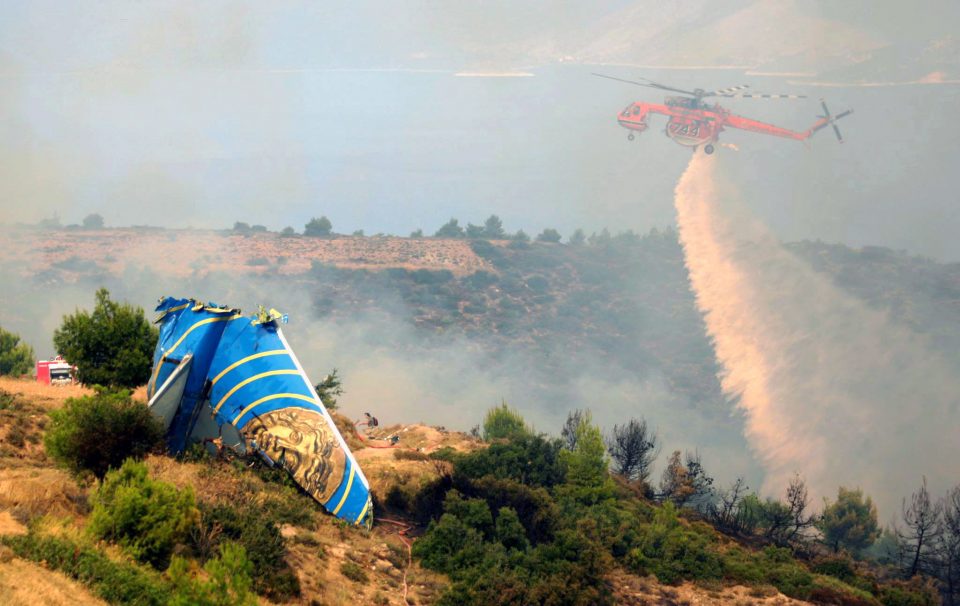 Relatives of the 121 people killed in the Helios Airways crash on August 14, 2005 marked the 15th anniversary of the disaster on Friday, saying that those at fault were never punished.

The Boeing 737-300 – Flight ZU522 – had departed Larnaca airport on the morning of Sunday, August 14, 2005 for Prague travelling via Athens. It crashed at 12.04pm near the village of Grammatiko, around 30 kilometres from Athens international airport, killing all 121 – 115 passengers and six crew – on board.

The relatives of the victims held memorials for their oved ones, while, as every year, a memorial was also held on Friday morning in Greece, in the church erected near the site of the crash in memory of the victims.

Cyprus’ ambassador to Athens, Kyriacos Kenevezos was to attend the memorial. It was not possible for the relatives of the victims to travel from Cyprus this year due to the pandemic restrictions.

The victims’ relatives told the Cyprus News Agency that for them the issue is not over since those at fault walked scot-free.

Head of the committee of relatives of Helios’ victims, Niki Michaelidou, told CNA the sentences given to those found responsible for the tragedy were humiliating to the people who lost their lives.

“This is not over for us, those at fault have not been punished,” she said.

The four were acquitted of all charges in December 2011, after the court concluded that there was no causal association between them and the causes of the accident.

Shortly after the trial in Cyprus, a trial in Greece started since the plane crashed on Greek soil.

Pantazis, Kikkides, Stoimenov and chief engineer Alan Irwin were charged with manslaughter and were eventually found guilty in April 2012 and sentenced to 10 years in jail. They appealed the verdict but lost the case before the Greek supreme court.

Under Greek law, however, the defendants were given the option of buying out their sentences. In August 2013, each one of them paid €75,000 and was set free.

For Michaelides, the monetary sentences given in Greece were “a mockery”.

“No one ever pays for anything,” she said.

August 14, she said, will always be a date that haunts the victims’ relatives, adding that on that date in 2005 some bid farewell to their loved ones, never to see them again.

Captain Akrivos Tsolakis, the man tasked with investigating the air accident at the time, told CNA “he has lost his sleep since”.

He said upon arrival on site right after the crash, he and rest of the crew came across “a valley strewn with pieces of the aircraft and human parts.”

He said he chanted a prayer he had learned as a child. “I took off my hat, I told the others to do the same,” he said.

Tsolakis recalls that what that saw was “a spectacle that no cinema film could reenact”.

“Since then I have lost my sleep, I lay awake all night long,” Tsolakis said.

He said five of the flight safety recommendations included in his report have been adopted by aircraft manufacturers and are also taught to cabin crew.

Before the flight, Helios technicians did a pressure check but failed to reset the pressurisation system from manual back to auto after the test was completed.

When the plane was put back into service, flight crew overlooked the error during the pre-flight procedure, the after-start check, and the after take-off check.

The plane lost cabin pressure and hypoxia caused the incapacitation of the passengers and flight crew.