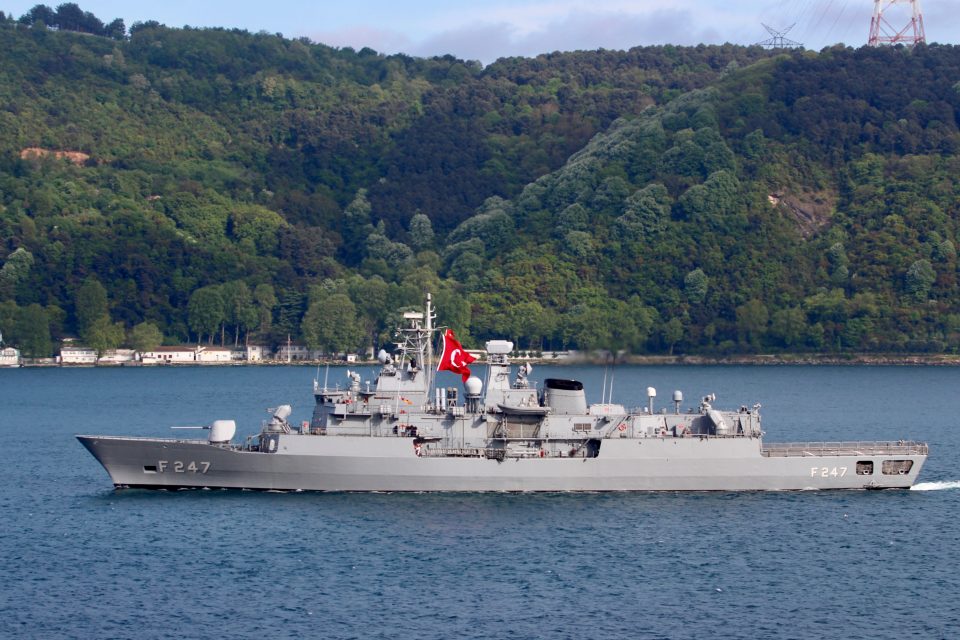 The European Union should reassess its relations with Turkey in light of a series of recent events, Austrian Foreign Minister Alexander Schallenberg said on Friday, citing special concern about the situation in the eastern Mediterranean.

“I have to say that Austria is very concerned about the dangerous and alarming situation which we believe could escalate,” Schallenberg said at a joint news conference with visiting US Secretary of State Mike Pompeo.

“Actions taken by certain states in the eastern Mediterranean … should lead the European Union to re-evaluate its relations with Turkey.”

Schallenberg was speaking ahead of an extraordinary videoconference of EU foreign ministers called to discuss Turkey’s recent activities in the eastern Mediterranean, the Belarus elections and Lebanon.

Schallenberg was attending the conference alongside Greek Foreign Minister Nicholas Dendias who was on a visit to Vienna to discuss the worsening relations between Greece and Turkey.

In a further sign of growing tension with the EU,  Turkish Foreign Minister Mevlut Cavusoglu said on Friday France should refrain from steps that escalate tensions in the eastern Mediterranean, where Ankara is embroiled in a dispute with Greece over Turkish oil and gas exploration in disputed waters.

Switzerland has offered to mediate in the row and Turkey has agreed in principle, Cavusoglu told a televised news conference with his Swiss counterpart in Bern, adding Greece will get a response if it provokes the Turkish Oruc Reis survey vessel in the region.

The French military conducted training exercises with Greek forces in the region on Thursday.

The wargames took place a day after French President Emmanuel Macron announced Paris will step up its military presence in the eastern Mediterranean and called on Turkey to halt oil and gas exploration in disputed waters.

The Turkish Oruc Reis survey ship has been moving between Cyprus and the Greek island of Crete, shadowed by Greek frigates. It was confirmed on Friday by a Greek defence source that on Wednesday one of them, the Limnos, was approaching the survey vessel when it came into the path of one of its Turkish naval escorts, the Kemal Reis.

The Greek frigate manoeuvred to avoid a head-on collision and in the process its bow touched the rear of the Turkish frigate, the defence source said.

Erdogan warned Greece  that Turkey will retaliate against any attack on Oruc Reis.

Speaking to reporters after Friday prayers in Istanbul, Erdogan said that the Kemal Reis had “given the necessary response” to an attack by Greek ships on Thursday.

“If this continues, they will receive their answer in kind,” he said.

Michel told Anastasiades that the EU is closely monitoring developments in the region and is taking appropriate action.

An EU official told Reuters news agency that Michel recalled the EU’s full solidarity with Greece. Michel called for de-escalation of tensions, said provocations should be avoided and added that dialogue is preferred, the official added.

The extraordinary session of the Foreign Affairs Council (FAC) was announced last Wednesday by the EU’s High Representative, Josep Borrell, who said that they will discuss urgent matters in relation to the situation in the eastern Mediterranean, as well as Belarus’ presidential elections and Lebanon.

A diplomatic source told the Cyprus News Agency that no concrete decision for sanctions was expected to be taken during Friday’s videoconference. There are limitations as to the decisions that can be taken, since this is an informal council which convenes through videoconference, the same source told CNA.

He wrote: “The unilateral action and the alliance of Greece and the Greek Cypriot side have shut out Turkey, despite calls for cooperation and dialogue with Ankara and the TRNC.”

Greece is unwilling to start an honest dialogue with Turkey, he said.

On EU-Turkey relations, he said they are suffering due to the stubbornness of Athens and the Greek Cypriots.  He added that he had spoken with other EU countries on the matter including Italy, Hungary, Bulgaria, Estonia, Finland and Lithuania.

Also, on Thursday Erdogan spoke on the phone with German Chancellor Angela Merkel.

According to reports, Erdogan told the German leader he is in favour of solving the problems in the eastern Mediterranean based on justice and dialogue.

Earlier, Erdogan reiterated that Turkey does not prey on the sovereign rights of other nations, but at the same time it will not stand for its own rights being trampled on.

“The path to a solution in the eastern Mediterranean goes through dialogue and negotiations,” the Turkish leader was quoted as saying.

“If we act in good faith and rationally, a win-win formula can be found that safeguards the rights of all sides.”

Erdogan accused Greece of “malintent” and unreasonable demands in the Aegean.

He said Athens’ insistence on maritime jurisdiction in the area around the small island of Kastellorizo defied common sense, given that the island lies only two kilometres off the Turkish coast but 580 kilometres from mainland Greece.

And he reiterated that Turkey’s Oruc Reis seismic survey vessel would continue it work until August 23 as scheduled.

The vessel itself briefly entered Cyprus’ exclusive economic zone (EEZ), after which it headed into waters between the Cyprus EEZ and Greece’s continental shelf.

It later re-entered the Greek continental shelf, inside the area Turkey designated for seismic research.

The vessel set out to sea this week, days after Greece signed a maritime deal with Egypt, a move that angered Ankara.

Earlier in the day, the Greek and French navies held a joint exercise in a sea region of the eastern Mediterranean, including in the area Turkey recently reserved for seismic research.

Taking part were four Greek frigates as well as a French task force fleet comprising the Tonnerre and the frigate Lafayette.

Macron last month called for EU sanctions against Turkey for what he described as “violations” of Greek and Cypriot sovereignty over their territorial waters. Relations between Paris and Ankara have also frayed over the conflict in Libya.