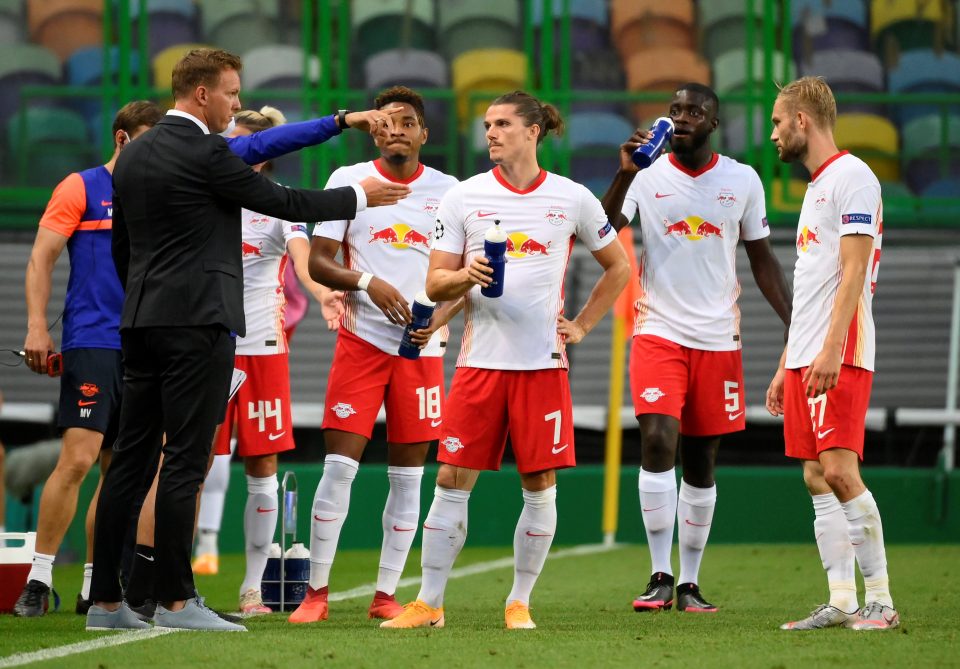 RB Leipzig’s 2-1 victory over Atletico Madrid on Thursday to reach the Champions League semi-finals has wetted their appetite and now the Germans have set their sights on Paris St Germain.

“It’s normal that when you get to the next round, you want more. Tonight we’re happy. Tomorrow we will start looking at Paris,” Leipzig coach Julian Nagelsmann told reporters. “That will be another difficult game, but we’ll have a plan.”

“It is only normal that we want to reach the final now. That’s clear. When we are there then we can talk again.”

Leipzig shocked the 2014 and 2016 Champions League runners-up Atletico to reach their first ever semi-final.

With two minutes of normal time remaining, United States midfielder Tyler Adams snatched victory with a deflected shot from outside the box to after Atletico had cancelled out the Germans’ first half lead.

“You try to train for things but my players did take very good decisions tonight throughout the game,” Nagelsmann said.

Leipzig, who knocked out Tottenham Hotspur in the last 16, face the French champions on Aug 18.

“It was the team that eliminated Tottenham and now Atletico. It is a team sport and the boys were outstanding. We were the better team,” said Nagelsmann, at 33 the youngest coach to reach the last four of the competition.

“In the first half we were not very good in the final third of the pitch. But this young team showed no nerves,” he said.

“Now to recharge. The match that awaits us is another big game, an even bigger one. So the batteries recharge a bit faster.”

Man critical after being run over