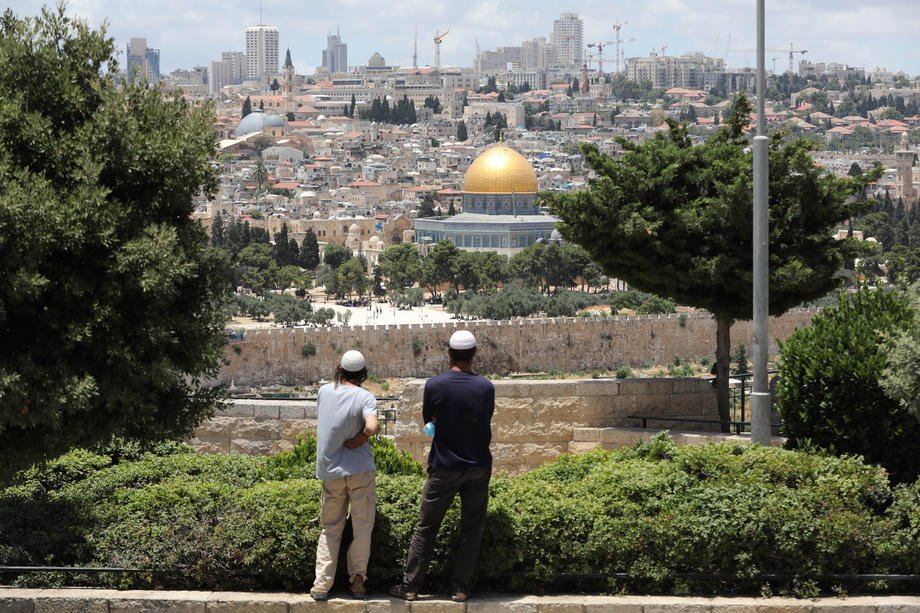 Angry Palestinians in Jerusalem accused the United Arab Emirates of collaborating with Israel and endangering Al-Aqsa mosque – Islam’s third-holiest site – as they gathered for Friday prayers the day after the Gulf state’s deal with Israel.

Under an agreement brokered by U.S. President Donald Trump, Israel and the UAE announced on Thursday that they will normalise diplomatic ties, brought together by a confluence of interests against Iran.

This was greeted with dismay by Palestinian worshippers filing into the tree-lined hilltop compound in Jerusalem’s walled Old City known to Muslims as al-Haram al-Sharif (Noble Sanctuary) and to Jews as the Temple Mount.

“Our brothers in the Emirates put our blessed mosque in the grip of death,” said Kamal Attoun, 60, an East Jerusalem Palestinian and Old City merchant.

Asked if he would welcome Muslims from the Emirates or the Gulf under such circumstances, Attoun said: “You’ve seen how collaborators from Saudi Arabia have been received in the past. The same fate awaits the Emiratis.”

He was referring to a pro-Israel Saudi internet influencer who was reportedly taunted as he walked through the Old City compound last year.

Palestinians have long sought East Jerusalem, where the Old City is located, as capital of a future state and have looked to Arab nations to defend that stance. If they normalise ties with Israel, Palestinians fear losing any chance of future sovereignty in the city and guaranteed access to Al Aqsa mosque.

Mohammad al-Sharif, 45, a member of Israel’s Arab minority, said he would not hold it against ordinary Muslims from the Gulf “because their rulers made a mistake”.

But he was scathing about their leaders.

“Collaboration with the UAE is worse, a hundred times worse than collaborating with Israel. That Sheikh Mohammed bin Zayed and his dirty dogs look out for themselves and their interests and the rest of us can go to hell,” he said, referring to Abu Dhabi’s crown prince.

The top Islamic official in Jerusalem, Sheikh Abdul-Azim Salhab of the Islamic Waqf, told Reuters he does “not accept the blessed Al-Aqsa mosque to be the subject of political bickering. It is higher than this tug-of-war.”

Condemnation also came from Palestinian President Mahmoud Abbas, whose spokesman on Thursday read out a statement from the leadership on Palestinian television calling the deal a “betrayal of Jerusalem, Al-Aqsa and the Palestinian cause”.

Some analysts said Netanyahu risked angering his supporters by walking back pledges to annex land in the West Bank – territory sought by Palestinians for a state – so as to do a deal with an Arab Gulf country.

“He gained a few points with the centre-left, which loves agreements with Arabs, but he lost many more points with his base of right-wing voters,” wrote Ben Caspit in Maariv.

Netanyahu, dogged by an ongoing corruption trial and criticised for his handling of the coronavirus pandemic, has hailed the agreement as a personal success in integrating Israel in the Middle East.

On his Arabic-language Twitter account he credited Israel’s foreign intelligence service Mossad with helping to clinch the deal.

Under spy chief Yossi Cohen, Netanyahu said, the Mossad helped develop Israel’s relations with the Gulf and “ripen the peace agreement with the Emirates”.