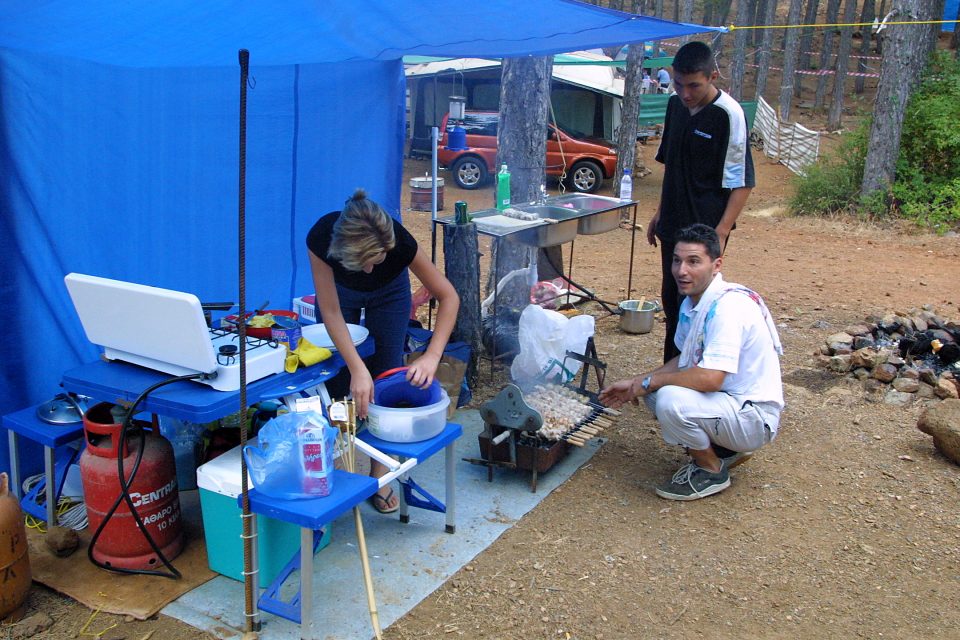 With the exception of Polis where the campsite is packed, there are not many happy campers this year because the majority of sites remain closed.

It’s good news for the coastal town, but it’s the Troodos mountain range with its four camping sites which traditionally offers an affordable and refreshing getaway during the sticky summer months.

But this summer all the sites in Troodos remain off-limits despite record numbers of Cypriots being forced to opt for a staycation.

The forestry department has said that its Platania, Stavros tis Psokas and Kambi tou Kalogirou campsites will stay closed to protect public health until the lifting of restrictive coronavirus measures. A fourth campsite, near Troodos square is not managed by the forestry department but also remains closed.

When asked how the camping site at Polis is able to operate, and a government department cannot, he explained that they are run in completely different ways.

He said it would be impossible for the forestry department to clean and staff the camping sites while also protecting the forests during the fire season.

“If the sites were to open, we would be forced to divert much needed manpower from protecting the forests, many would instead be enforcing safety measures at the [camping] sites,” Christou said.

“In other years, of course you can send one or two people to look at an area and make sure everything is orderly,” Christou said. “This season however it would be much more challenging and require more personnel, even if there were fewer campers.”

He emphasised that the vast majority of camping sites are closed, not just those run by his department.

The Polis campsite in Paphos appears to be the lone star for those seeking a retreat to nature.

With record numbers of Cypriots holidaying locally, the camping site has said it may be forced to turn people away.

But regular campers say this year more than any other, the public needed those campsites open.

“We’re stuck in Cyprus this year. No sensible person is going abroad, and we have these beautiful places where we can escape the heat and stay in some of the best scenery Cyprus offers, but we’ve been banned,” says Nichola Petridou who, along with her family, spends a week in one of the mountain campsites most years.

“We’ve all been urged to ‘rediscover’ Cyprus this year and then we are prevented from doing the very thing we’ve been urged to do, and which can be done at an affordable price. Not all of us can afford a five-star hotel and not all of us would want that to be our holiday even if we could afford it.”

Despite the high interest for camping – which Christou empathised with – he reiterated that it simply is not feasible at the moment to operate other camping sites.

“It appears that the owner there [Polis] is able to abide by the health protocols,” Christou said.

“A person who has more revenue, for example, is able to spend however much money to enforce the safety measures – cleaning tables and toilets very often, staff – and remain profitable.

“For us, obviously it is not an issue of profits but purely of staff shortages.”