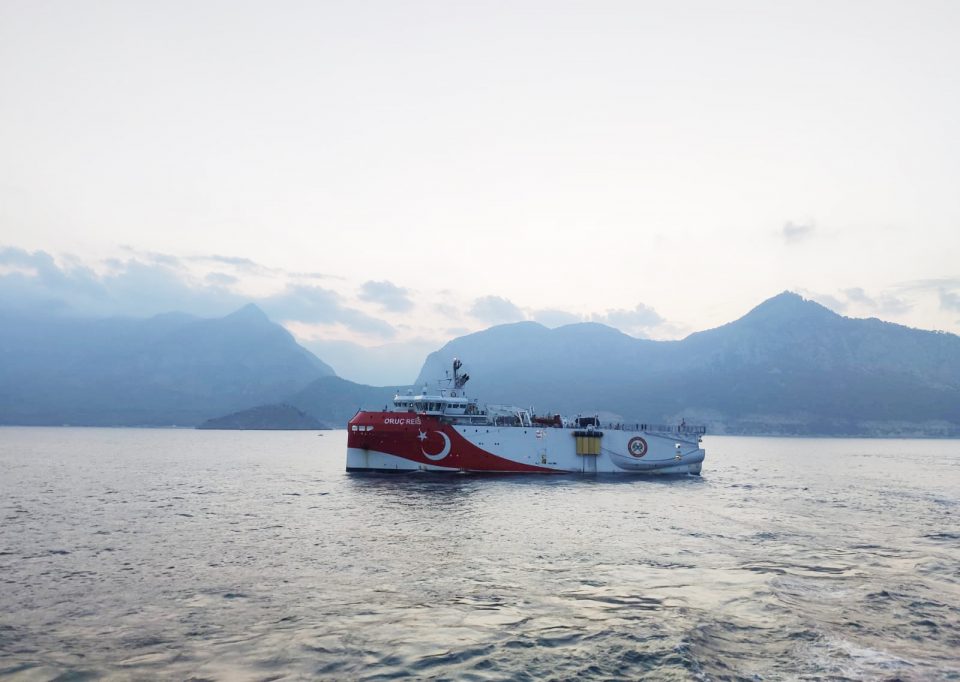 Ankara on Saturday called on the EU to address those who take unilateral and provocative steps in the eastern Mediterranean instead, and not her after the EU27 foreign affairs ministers said they stand in solidarity with Greece and Cyprus over Turkey’s actions in the area.

The Turkish foreign ministry tweeted on Saturday that Turkey was in favour of dialogue and negotiations but was also determined to defend her legitimate rights and interests. “EU’s call shouldn’t be addressed to us but to those who take unilateral and provocative steps in the Eastern Med. and those who don’t respect the rights and interests of Turkey and Turkish Cypriots,” Ankara said.

The reaction follows a call by the EU27 foreign affairs ministers for de-escalation in the eastern Mediterranean, and dialogue with Turkey after an extraordinary videoconference on Friday on Greece’s request after Turkey sent one of its seismic vessels escorted by warships in Greek waters. The EU ministers also said they stand in solidarity with Greece and Cyprus.

High Representative of the European Union for Foreign Affairs and Security Policy, Josep Borrell, convened on Friday a video conference meeting with the EU foreign ministers to address the pressing situations in the eastern Mediterranean and in Belarus after the August 9 Presidential Elections.

The Cyprus News Agency,  citing a diplomatic source, reports that Greece had earlier circulated a draft condemnation statement to the Council against Turkey, which contained an explicit reference to sanctions, called for an immediate end to Turkey’s exploration and welcomed Greece’s recent agreement with Egypt on the delimitation of their exclusive economic zones. The same source said that Germany and other countries blocked the statement, and expressed dissatisfaction with the timing of the agreement, shortly before the start of the Greek-Turkish contacts mediated by Germany. The Greek draft was similar to that of Josep Borrell’s statement of July 13. Following this development, Greece blocked a similar announcement about Belarus, the diplomatic source said.

According to the text published by the European External Action Service (EEAS), the ministers discussed the situation in the eastern Mediterranean, following a grave deterioration of the security situation in recent days. “Three words reflect the outcome of the discussion: solidarity, de-escalation, and dialogue”, it said.

The ministers stressed that the serious deterioration in the relationship with Turkey “is having far-reaching strategic consequences for the entire EU, well beyond the eastern Mediterranean.”

Recent naval mobilisations by Turkey, they said, do not contribute to finding any solutions. On the contrary, they said, “they will lead to greater antagonism and distrust. They create a heightened risk of dangerous incidents. Immediate de-escalation by Turkey was considered crucial.”

Stressing the importance they attach to relations with Turkey, the ministers underlined that issues related to delimitation of maritime boundaries and exploitation of resources therein can only be addressed through dialogue and negotiation, in good faith, in accordance with international law and in pursuit of the principle of good neighbourly relations, “and not through unilateral actions and the mobilisation of naval forces.”

It added that the ministers reaffirmed the EU’s full solidarity with Greece and Cyprus and reiterated that sovereign rights of EU member states must be respected. They recalled EU common positions and the previous Council Conclusions of  March 22, 2018, and June, July, October, December 2019, in addition to the statement on the situation in the eastern Mediterranean of May 15, 2020 the EEAS notes.

Borrel will remain in constant contact with the ministers on these and other issues in the coming weeks, ahead of the informal Foreign Affairs Council (Gymnich), which will take place on  August 27-28 in Berlin.

The foreign ministers reiterated strong support for the High Representative’s efforts to re-establish dialogue and facilitate re-engagement with Turkey. At the same time, Borell is to prepare options on further appropriate measures in case tensions do not abate.

A broader discussion about relations with Turkey will be held later in August, at the Gymnich.

The ministers also discussed the situation in Lebanon, Venezuela and Bolivia.