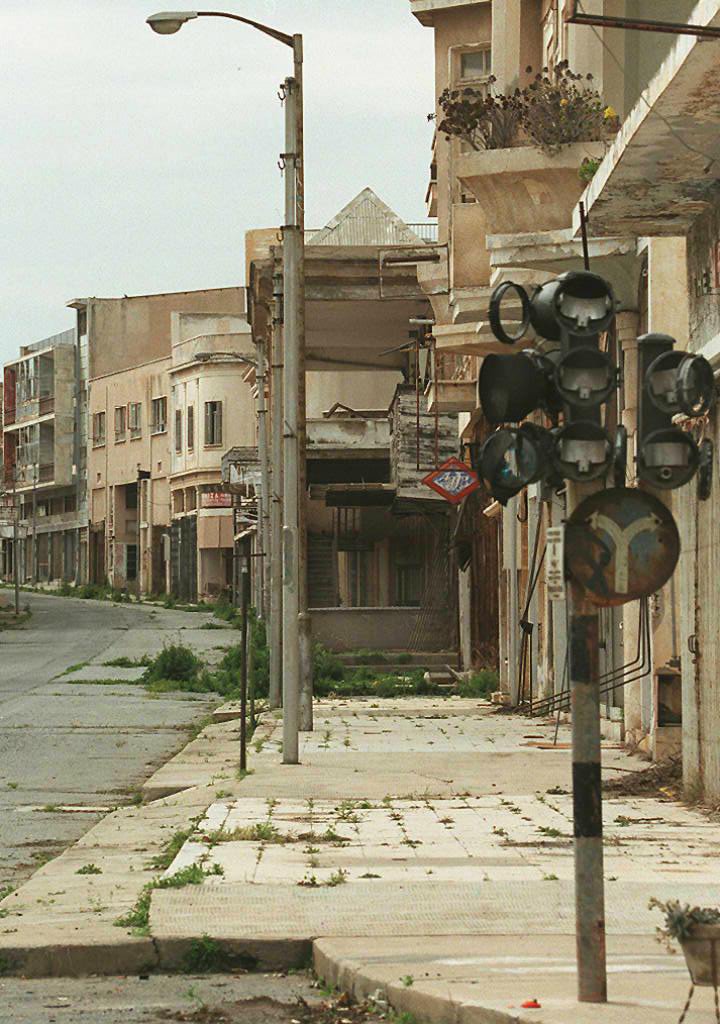 A street in Varosha

Violation of the status of Varosha, the fenced-off area of the occupied town of Famagusta, will be the cause of interruption of Turkey’s European course, President Nicos Anastasiades said on Saturday calling on Ankara to consider the cost.

He was making statements to members of the press after a church service on the occasion of the Assumption of Mary, in Prodromos village situated in the Troodos mountain.

Replying to a journalist’s question on the matter, Anastasiades said Ankara should first calculate the cost, since any changes to Vareosha’s status will be the cause, for Turkey’s entire European course to be interrupted.

Asked whether he considers the EU Council of Foreign Affairs’ reaction to Turkish provocations in the Mediterranean as “lukewarm” he replied: “I believe that an effort is being made so that through a peaceful process, and particularly through dialogue, and on the basis always of international law, all possibilities will be exhausted, in order to avoid any crisis.”

He added that the initiative undertaken by leading EU countries will contribute to a de-escalation of the tension in the region.

“Certainly, the final settlement of the matter can take place through sincere dialogue and full – I would like to underline this – respect of international law and the law of the sea,” Anastasiades noted.

Varosha is often described as a ‘ghost town’. UN Security Council resolution 550 (1984) considers any attempts to settle any part of Varosha by people other than its inhabitants as inadmissible and calls for the transfer of this area to the administration of the UN.

UN Security Council resolution 789 (1992) stipulates that, with a view to the implementation of resolution 550, the area at present under the control of the United Nations Peace-keeping Force in Cyprus should be extended to include Varosha.

The Turkish Bar Association organised earlier this year a round table meeting, which was held in Varosha for the first time since 1974, and was attended by Turkish Vice President Fuat Oktay and Turkish Justice Minister Abdulhamit Gül, among others. Oktay stated that Varosha belongs to the illegal Turkish Cypriot regime, and took part in a tour of the fenced-off part of Famagusta.

Anastasiades has protested in writing to the UN Secretary-General, the five UN Security Council permanent members, the European Council President and German Chancellor, whose country presides over the EU in the second half of 2020 outlining Turkish provocative actions in violation of UN Security Council on Varosha. He stressed that it is necessary to take steps and/or sanctions to put an end to Turkish threats and to facilitate the resumption of Cyprus reunification talks as soon as possible.

Anastasiades’ letter also proposes the establishment of an international committee of experts with the participation of Famagusta residents, Greek Cypriots and Turkish Cypriots, to evaluate the situation in Varosha, so that it may be returned to its legitimate residents.

Belarus leader appeals to Russia as pressure to quit grows