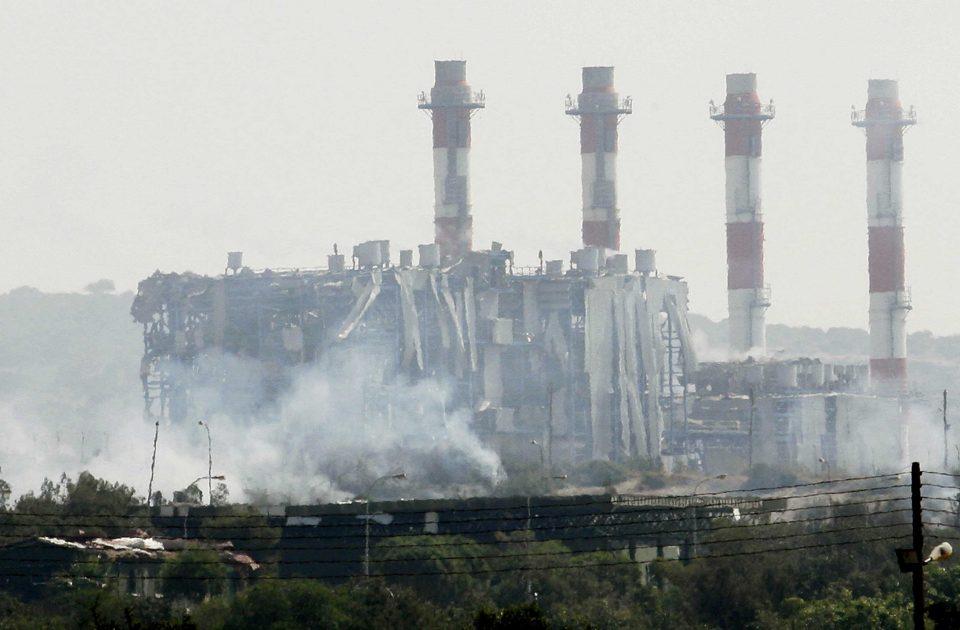 Vassilikos power station after the explosion at Mari in July 2011.

As it is the silly season I shall ignore the dark clouds of war on the horizon and bury my head in the sand like the proverbial ostrich and wait for events before saying anything other than I told you so a long time ago.

It being the silly season, what better time to tease the various contributors that comment on the pearls of wisdom that fall from my computer screen every week in the hope that self-deprecating irony is not lost on them.

I shall name and shame them even if most are anonymous. The archetypical characteristic they share is fear – fear of being found out and found wanting.

A man whose name comprises symbols, letters and numbers with a thumb nail picture of Qasem Soilemani the late commander of the Iranian army, features regularly and at length – ad nauseam even.

For easy reference I shall call him Qasem. Qasem’s problem is that he does not do irony and neither does another commentator, Gui Jun An. Each took me to task last week for my use of the French expression pour encourager les autres to suggest that persons who recklessly infect others knowing they have the virus should be sent to prison in order to encourage others. I was disappointed by this criticism because it is well known that pour encourager les autres is used ironically to mean the opposite, as was pointed by my friend Frustrated who daubed its use as “priceless”.

Qasem also took me to task for quoting from Albert Camus’ Plague on the basis that I did not know much about coronavirus to compare it with plague. I was comparing apples and pears, he complained. I put my hands up at once that the two illnesses are different; indeed I said so in my piece. However, both diseases are infectious, and both are known to be fatal. That being the case, what Camus said about avoiding infecting others of plague by being vigilant and decent, applies in the same way to coronavirus.

Whatever conspiracy theory Qasem has about coronavirus, the fact is that like the plague it is infectious and can be deadly, unless, like the idiot president Bolsonaro of Brazil, he too thinks it is the “little flu”.

Qasem does not like Israel. That of course is his prerogative. However, after the Holocaust it was inevitable that the Jewish people would want their own country, and it was inevitable it would be where they had been before the diaspora. It is I believe a historical fact that the first to recognise this claim was Suleiman the Magnificent who in the 16th century granted Joseph Nasi, a Jewish adviser in his court, land to build a Jewish community of refugees from Europe. The problem has been the extent to which it was necessary to displace the Palestinians to achieve statehood, and as we all know people have a very strong attachment to land they identify as national land.

Anyway, the Sunday before last I praised Tzipi Livni, the former Israeli foreign minister, for disagreeing with the present Israeli government about its policy of annexing Palestinian land in the West Bank. I saw Ms Livni on British television and she seemed genuinely concerned at the prospect of annexation and the damage it would do to the prospects of peace and a two-state solution for Israel/Palestine.

Qasem missed this point completely and went off on a tangent about the fact that she had been a Mossad agent, which he claimed was something people did not know about her. As it happens, I knew that but so what? Lots of people with an intelligence background go into politics and the law. The point I was making is that Ms Livni is the sort of politician prepared to say that her own country’s maximalist policy of annexing Palestinian land is wrong and the world would be a better place if there were more politicians like her.

The other contributor who caught my eye last week was someone who calls himself Balanter. His problem is that he is nationalistic about catastrophes. He believes they are bad if they happen in Turkey but not bad if they happen in Cyprus. He complained I was picking on Cyprus and that my criticism of the authorities in the Mari explosion in Cyprus was unfair because there had been a huge catastrophe in Afyonkarahisar in Turkey in 2012.

I had a vague recollection about the Turkish catastrophe, but it was nothing to the point. I am a Cypriot writing in the Cyprus Mail about the uncanny similarities between an explosion in Beirut that was heard and felt in Cyprus where feelings are still raw about the Mari explosion that still rankles amongst the relatives of those who died. I was most certainly not picking on Cyprus neither do I spare the rod on Turkey as he claimed.  I criticised Turkey in two articles only last month on the conversion of Hagia Sofia into a mosque and on many occasions previously.

I said the explosion was felt in Cyprus partly because of its striking similarities with the explosion at Mari in 2011, but also because more than one person told the BBC they heard it in Cyprus. Another contributor who dares not speak his name but dares to provide us with what I assume are his initials – EGB he calls himself – took umbrage. He said the explosion was actually a sonic boom, but then put his foot in it by admitting he lives in UK. He also said that the two ships that carried explosive materiel were not redirected to where the explosions occurred and were not Russian owned. Whereupon he stopped reading he claimed, which I do not believe is true. I believe he said that to be gratuitously offensive, as if I give a damn whether he carried on reading or not. You are a pedant Sir!

The contributors I enjoy reading are John Mavro and Nazaret Shamilian. John writes brilliantly and does not spare the rod on the incompetence that has kept our country divided. Good on you, John. Nazaret is an old American Academy boy who loves Cyprus. Even though I disagree with him, I know he means well. Hail loved Academy!

UAE-Israel phone lines open after accord to normalise relations