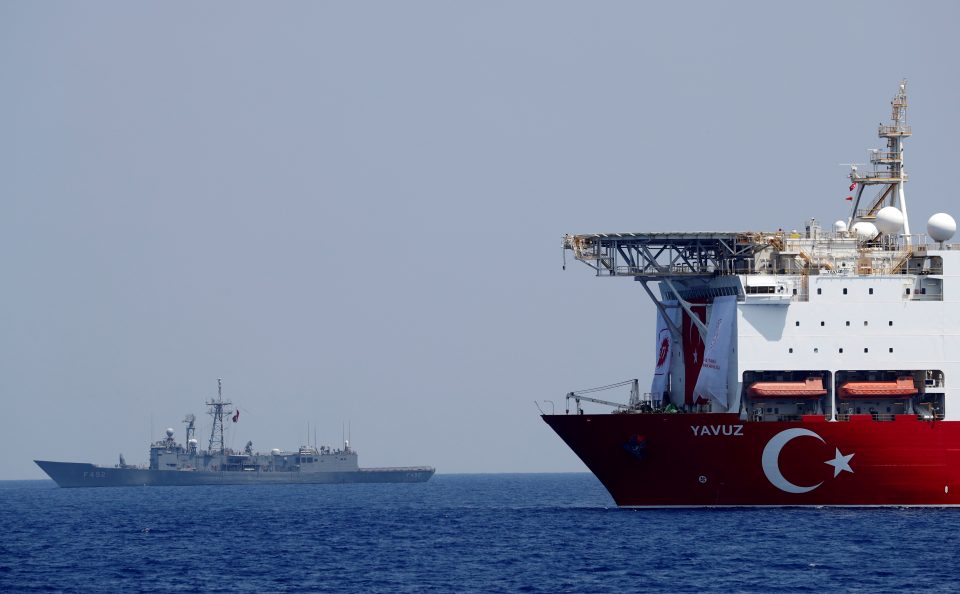 Cyprus on Monday criticised the EU over what it described as a “policy of appeasement” when it comes to Turkish activities in the eastern Mediterranean, saying this would lead nowhere.

Nicosia, the government said, would continue diplomatic efforts to convince the international community of the illegality of Turkey’s actions in the region, although to date the EU has balked at taking concrete action, limiting itself to rhetoric.

“We see the EU react, we see the statements by [High Representative of the European Union for Foreign Affairs] Josep Borrell, which do satisfy us,” government spokesman Kyriacos Kousios said in remarks to the media at the presidential palace.

“However, we feel that the policy of appeasing Turkey and the expressions of support [to Cyprus] are not enough to deter Turkey from its unlawful actions,” he added. “Unfortunately, we are observing a diffidence from the European Union in taking on a substantive role and adopting policies of deterrence,”

The spokesman said that amid a diplomatic flurry Ankara nevertheless continues its maritime exploration programmes in the eastern Mediterranean and within Cyprus’ exclusive economic zone (EEZ) – as for example with Turkey’s announcement over the weekend that its Yavuz drill ship would extend operations in waters off Cyprus until mid-September.

Kousios said the road to asserting the sovereign rights of the Republic of Cyprus would be “long and hard,” but that Nicosia will continue its diplomatic offensive to win hearts and minds abroad.

He claimed these endeavours were already paying off, citing publications such as the Guardian and The Times describing Turkish leader Tayyip Erdogan as a bully.

News came out meantime that Greece’s foreign minister will be arriving on the island for talks on Tuesday.

Nicos Dendias will be received by President Nicos Anastasiades, after which he will meet with his Cyprus counterpart Nicos Christodoulides.

Referring to the visit here by US Under Secretary of State for Political Affairs David Hale, Kousios said the US official reiterated Washington’s public position that Cyprus has the right to exploit its hydrocarbons resources.

“We view Mr Hale’s visit, coming at a crucial time, as extremely significant and we welcome his statements.”

Kousios was asked to comment on a meeting between US Secretary of State Mike Pompeo and Turkish Foreign Minister Mevlut Cavusoglu in the Dominican Republic on Sunday.

He offered only that both Pompeo and the United States have previously called for the need to defuse tensions in the region.

Pompeo and Cavusoglu met on the sidelines of a visit to Santo Domingo, where they were attending the swearing-in ceremony for the newly-elected president there.

Cavusoglu later told Anadolu news agency that he explained to Pompeo Turkey’s position in detail, even showing the US diplomat maps of the eastern Med. The two also discussed the situation in Libya and Syria.

The Turkish foreign minister accused Greece of engaging in ‘black propaganda’, and rejected Athens’ claims that his own country is acting outside international law.

Meanwhile a Turkish seismic survey vessel continued on Monday to wade in and out of Greece’s territorial waters, reports said. The Oruc Reis was still being shadowed by Turkish frigates, one of which has since left the convoy and headed east towards Cyprus to link up with Turkey’s other research vessel, the Barbaros, sailing in waters off Famagusta.

This frigate was identified as the Kemal Reis – understood to be the same vessel that days ago collided with a Greek warship. Turkey drew another rebuke from the EU on Sunday when it said its Yavuz energy drill ship would extend operations in waters off Cyprus until mid-September. Yavuz will be accompanied by three other Turkish ships according to a maritime notice that added “all vessels are strongly advised not to enter” the area.

The latest moves came hours after Cavusoglu’s meeting with Pompeo.

Back in Cyprus, Turkish Cypriot leader Mustafa Akinci said escalating tensions over maritime rights would have been avoided had his own proposal of July 2019 for joint exploitation of resources been accepted by the Greek Cypriot side.

Akinci said he has always stressed that three scenarios exist: first, that all sides enforce a moratorium on gas exploration until an agreement is reached; second, they must work towards creating the conditions for joint activities; and third, the current situation where each side goes it alone.

The third scenario was what was playing out now, he said, calling it “a dangerous process that can lead to conflict.”