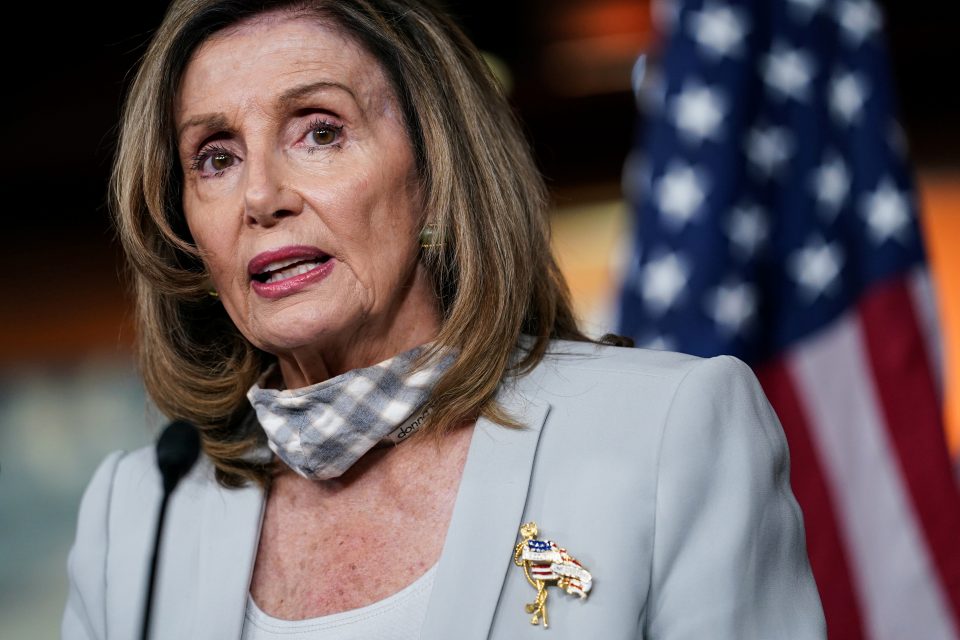 US Democrats stepped up pressure on Sunday against a cost-cutting campaign by President Donald Trump’s appointed Postal Service chief that they fear will hold up mail-in ballots in November’s election, with House Speaker Nancy Pelosi calling lawmakers back and several states considering legal action.

Top Democrats in Congress called on Postmaster General Louis DeJoy and another top postal official to testify this month at a hearing on a wave of cuts that has slowed mail delivery across the country, alarming lawmakers ahead of the Nov 3 election when up to half of US voters could cast ballots by mail.

Trump has repeatedly and without evidence said that a surge in mail-in voting would lead to fraud. Voting by mail is nothing new in the United States, as one in four voters cast ballots that way in 2016.

Several Democratic state attorneys general told Reuters they were in discussions about potential legal action to stop Postal Service changes that could affect the election outcome.

“It is outrageous that Donald Trump would attempt to undermine the US Postal Service for electoral gain,” Massachusetts Attorney General Maura Healy told Reuters in a telephone interview, adding that the Republican president’s actions raised constitutional, regulatory and procedural questions.

Healy added that counterparts in Virginia, Pennsylvania, Minnesota, North Carolina, Washington and other states were conferring.

North Carolina Attorney General Josh Stein declined to say how many states were participating in the legal discussions, adding that North Carolina residents could request ballots now and general ballots would be sent to voters starting on Sept. 4.

“There are many states that share this concern about what the president and the postmaster general are doing to the Postal Service, and are reviewing all legal options available to us to protect the integrity of these elections,” Stein told Reuters.

HOUSE BACK TO WASHINGTON

Pelosi, the country’s top elected Democrat, said on Sunday she was calling the Democratic-controlled House back to Washington later this week to vote on legislation to protect the Postal Service from what she called Trump’s “campaign to sabotage the election by manipulating the Postal Service to disenfranchise voters.”

A senior Democratic aide said House lawmakers would likely return on Saturday to vote on the bill, which would prohibit changes to Postal Service levels that were in place on Jan. 1, 2020.

A spokesman for Senate Majority Leader Mitch McConnell said there were no scheduling updates for the Republican-controlled Senate.

But Republican Senator Susan Collins of Maine, a moderate locked in a tight re-election race, said on Twitter that the Senate should return this week to consider legislation to provide the Postal Service up to $25 billion in coronavirus funding.

Congressional Democrats also called on DeJoy, a Trump donor, and Postal Service Chairman Robert Duncan to testify at an Aug 24 hearing of the House Committee on Oversight and Reform.

Senate Democratic Leader Chuck Schumer said the Postal Service’s board of governors should remove DeJoy if he “refuses to come before Congress.”

DeJoy did not respond to a request for comment.

Trump said on Thursday he had held up talks with Congress over a fresh round of coronavirus stimulus funding to block Democrats from providing more funds for mail-in voting and election infrastructure.

Trump later walked back those comments, saying he would not veto a bill that included funds for the Postal Service.

White House Chief of Staff Mark Meadows told CNN on Sunday that he was open to $10 billion to $25 billion in new postal funding. The House approved $25 billion in a bill passed in May.

‘TIME FOR CONGRESS TO ACT’

Appearing on Fox News, he said the service required emergency funds because of the coronavirus pandemic-driven economic slowdown, pointing out that it received no funds in a stimulus package passed in March.

“The Congress and this administration took care of the private sector to the tune of over $500 billion,” Dimondstein said. “The postal office did not get a dime. It’s time for Congress to act.”

Meadows told CNN’s “State of the Union” that the White House feared a surge in mail-in voting could delay election results and leave the naming of the new president to the speaker of the House.

“A number of states are now trying to figure out how they are going to go to universal mail-in ballots,” Meadows said. “That’s a disaster where we won’t know the election results on Nov. 3 and we might not know it for months and for me that’s problematic because the Constitution says that then a Nancy Pelosi in the House would actually pick the president on Jan. 20.”

What will happen to your body if you walk every day