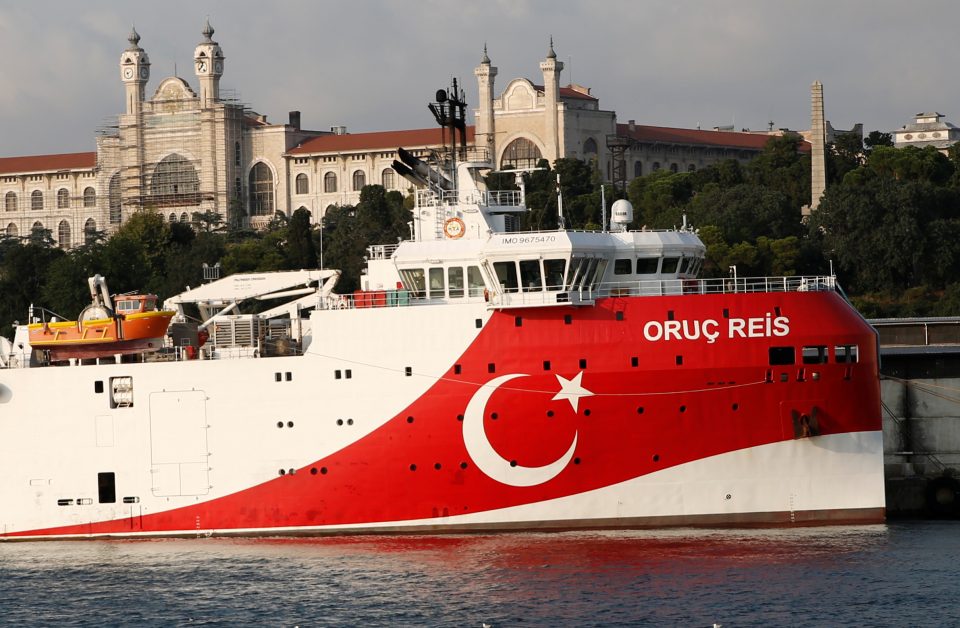 Well known academics, authors and politicians in the UK have joined voices in a letter to The Times to call on the British government to express its clear support to Greece and Cyprus over the increased tensions in the eastern Mediterranean caused by Turkey’s refusal to accept the UN Convention on the Law of the Sea.

Published on Monday, the letter says Turkey is fomenting regional tension.  Rather than a policy of equi-distance, Nato allies must be unequivocal that Ankara’s provocations are not acceptable, the letter added.

We too are deeply concerned by President Erdogan’s escalation of rhetoric and threat in the Aegean and eastern Mediterranean (Erdogan’s Provocations, leading article, Aug 15). Positive developments in energy are an opportunity to build more productive and stable regional relationships, but require all parties to abide by international law. Other regional governments have shown their willingness to negotiate within the framework set by the UN Convention on the Law of the Sea (Unclos).

The Turkish government’s refusal to accept the convention is a stumbling block — a deliberate attempt by Ankara to deprive island states and states with island interests of their rights under customary international law. Mr Erdogan’s policy is fomenting regional tension. European governments, including Britain’s, must give a clear message of support to states such as Greece and Cyprus that are upholding multilateral rules.

Turkey’s Nato allies need to be unequivocal that Ankara’s provocations are not acceptable. A policy of equidistance between Turkey and Greece in this matter is inappropriate. The only feasible way to reduce tension and bring about stability is through respect for Unclos and processes of international law.

It was signed by: