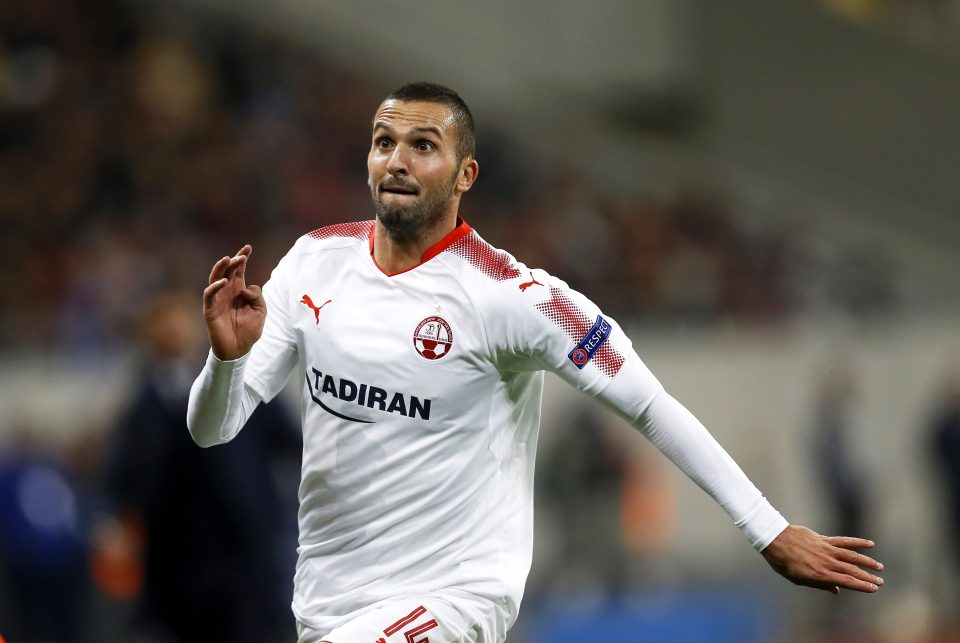 Earlier this summer, Apoel confirmed that Israeli forward Ben Sahar will spend the season on loan at the Nicosia club. Sahar spent the previous five seasons at Hapoel Be’er Sheva, following his return to the country in 2015 after playing abroad for nine years. Sahar spent his formative years at Hapoel Tel Aviv before a two month trial at Chelsea earned him a permanent move to Stamford Bridge. Sahar had barely reached 17 at the time.

Sahar is often described as a striker, but he’s not exactly a traditional number nine. Indeed, he has also featured on the wings throughout his career, although for not particularly long stretches.

Sahar is indeed a player better suited to the middle of a front three, but his tendency is to roam deeper, towards the midfield, in order for him to receive the ball to his feet away from a congested box or tightly-marking centre backs.

Furthermore, while he does drift away from the 9-yard box, he does possess an ability to read the play well. This has allowed him to score quite a few predatory goals over the previous season, whether after running in behind the last defender and meeting a through pass with a first-time finish, or after taking a shot after a teammate’s unsuccessful shot had been blocked, saved or spilt close to him.

Sahar is also a competent header of the ball, whether from floated crosses from the wings or from set-pieces. This has yielded 5 headed goals over the last calendar year, the highest among centre forwards playing in Israel during that period of time. In this particular category, the two players who find themselves behind Sahar are Maccabi Haifa’s Nikita Rukavytsya with 3 headed goals, tied with former Apoel centre forward Cillian Sheridan who was at Hapoel Ironi Kiryat at the time.

Over the last five seasons, he spent a grand total of 782 minutes on the left across all competitions, either as a left winger or left forward, scoring 6 goals in the process. Indicatively, his goal tally outperforms his xG figure of 3.55 by 2.45 goals, pointing towards fewer high-quality opportunities and relying on individual brilliance or luck in the moments in which he scored.

He spent even less time on the right flank, playing 511 minutes as a right winger or right forward. Though he scored just two goals from the right side of the pitch, he did manage to grab two assists as well, perhaps benefiting from being able to cross or pass the ball with his right foot, which is also his strongest.

The rest of his time at Hapoel Be’er Sheva was spent in the middle, overwhelmingly as a centre forward. Out of the 11357 minutes he played there, Sahar scored 65 goals and provided 7 assists. How does his goal tally compare with his expected goals figure? His expected goals number of 65.43 xG is practically fully aligned with his goal return.

This allows us to extrapolate that his goal return is both transferable and repeatable and that a noticeable drop or noticeable increase in goal return would be somewhat surprising. Provided Apoel manage to fashion opportunities for him, Sahar should be expected to have a respectable goal return.

Furthermore, by looking at his goals per 90 minutes figure over the past five seasons, which is 0.52 goals p90 across all competitions, I would expect Sahar to score something between 8 and 12 non-penalty goals in the league and chip in a few more in the cup and Europa League if Apoel make deep enough runs in either tournament. All of this, of course, is contingent on his fitness, playing time and the overall performance of his teammates.

Apoel have bagged themselves a player with plenty of experience in leagues much tougher and more challenging than Cyprus. Manager Marinos Ouzounidis seems to have a well-defined vision for how he wants his team to play. It will be interesting to see how Sahar is utilized next season and how he fits in with the rest of his teammates. While he certainly isn’t afraid to link play away from the box, Apoel need to ensure that he finds himself in the penalty area when play culminates into a final pass, cross or shot.