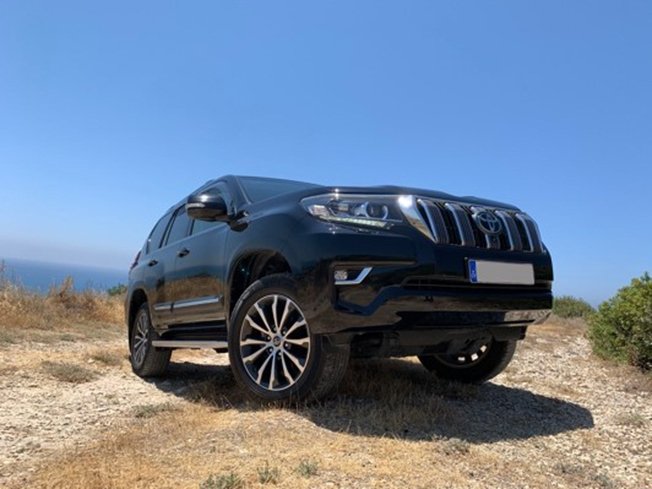 With the Toyota Land Cruiser, function prevails over form

Growing up, I never really understood the Toyota Land Cruiser. Relatively plain-looking and yet expensive – something just didn’t add up. Seemingly, I was far from the only one who misunderstood the Land Cruiser. Even in today’s SUV obsessed world, count how many Land Cruisers you see out and about. Not many eh?

Then, one day, deep in a crevice of an online motoring forum, I stumbled across something rather thought-provoking. It read: ‘Millionaires drive Ferraris. Billionaires drive Land Cruisers’. Confused, I took a moment to reflect. Suddenly it dawned on me, that the few people I knew who owned Land Cruisers were wealthy enough that they probably could have bought something else. They saw the SUV offerings from Mercedes, BMW, Audi and even Bentley, and they looked the other way. Looked towards a rugged, body-on-frame, long time offering from Japan.

To find out why the Land Cruiser has enjoyed such resounding global success, I drove one for the day around Limassol. Any true car nerds reading may notice that this isn’t the exact same Land Cruiser that dominates the Gulf markets and is a favourite of oligarchs. Rather, it’s the latest iteration of the ‘Prado’, more specifically the Land Cruiser 150 series that Toyota released in 2009. Slightly smaller and offered with engines that pass European emissions regulations, this model is the only one you can order here in Cyprus, or the UK for that matter.

This specific car, a 2019 model, is specced with the ‘Invincible’ package, which not only provides an extra row of seats, but a dizzying array of options that almost seem out of place on this all-terrain tyrant. Ventilated seats, 360-degree parking cameras and a thumping JBL sound system serve as an interesting accompaniment to the multitude of off roading features that come as standard on the Land Cruiser. The infotainment screen may look like a bit of an afterthought, but the intuitiveness of the interior layout and sheer volume of features make it hard to really care. The invincible package very nearly doubles the price of the base car in the UK (£32,759 – £60,000 +). Whether at that price point it can really stand its own among the German offerings is debateable, but the package ensures it comes packing the tech to put up a fight. Here in Cyprus, the base car starts at €58,000, but you can’t actually order the Invincible package locally, so the car I drove is a relatively niche offering.

On the road, the car is composed, but a similarly priced Land Rover Discovery will offer more refinement. Dynamically, you can tell that the car wasn’t designed for solely for on road use, but the steering is light and easy and gearbox seamless enough that it confidently differentiates itself from any kind of pickup or truck. The radar cruise is as good as any system out there and it’s not as loud as I expected at highway speeds – it will even warn you if you’re straying out of the lane without indicating, so I found it easy to cover long distances. Saying that, the Land Cruiser’s party piece is what it can do when you run out of tarmac. To test its renowned capabilities for myself, I headed for some rocky trails near Aphrodite’s rock.

The Land Cruiser really is a go-anywhere vehicle. With adjustable ride height, a locking differential and even a low range gearbox for when the going gets really tough, this might just be the most capable factory spec off roader out there. What’s more, it goes about its business with such ease. I headed into a rocky area, where the uneven ground caused seismic undulations in the suspension and chassis. Yet the Land Cruiser remained composed. No loss of traction – even for a second, no creaking of the chassis. Even the bodywork is put together so proficiently that you will never hear a creak as two panels rub against each other. Genuinely industry-leading build quality.

Gazing out over the behemoth of a bonnet, you start to understand why the Land Cruiser is a favourite among VIPs. Sitting that high up, surrounded by that much metal, you can’t fathom how anything other than a tank could hurt you. It is an empowering feeling, and you feel equally reassured by its reliability record, which is among the best of any car ever. The Land Cruiser is built, above everything else, to last. This car has been developed to take heavy abuse and survive seriously harsh environments all over the world – it is no wonder that it concedes a few points on the refinement front to its more lifestyle-orientated rivals. A trade off that for many makes the Land Cruiser an easy choice.

The engine on this car is a 2.8l diesel 4 cylinder, and while its torquey enough to get the job done, its power felt a bit uncharacteristic. The Land Cruiser is tall, heavy and strong. Accelerating away, you expect the throttle response to be befitting of its brutish charm. But it isn’t. It isn’t slow, but the turbo four-pot did leave me fantasising about the 5.7l petrol that non-European markets get. Nevertheless, the diesel is far more economical, meaning that, while it’s likely you are a billionaire, it isn’t a prerequisite of ownership. The owner agrees with me on the point that the car feels underpowered, but if you are not a petrol head then it’s everything you’d ever need, and you know it’ll last forever.

Interestingly, the model’s rarity here in Cyprus coupled with its use by the Police force, who have lower spec versions in their fleet, has made for some interesting encounters for the owner, who recalls experiencing ‘people braking suddenly on the highway’. A unique quirk no doubt, but one that I would cheekily consider an ownership incentive.

All in all, I was impressed by the Land Cruiser. No, it’s not the fastest, nor does it have the best looking interior at its price point, but it is fantastically functional. That is what the Land Cruiser is all about; function. Every button, every handle and every switch is designed, not necessarily to glint under showroom lights, but rather survive whatever you can throw at it. There is something about this car, that it is almost hard to put a finger on. It just radiates confidence. In driving a Land Cruiser, you’re proclaiming immunity from the material lure of a car that is popular or fancy. The ultimate expression of functionality packaged and wrapped in a subtle steel suit that raises few eyebrows as it passes. Factor in its universally renowned longevity, and I can’t help but think that its pretty good value too.

Roadworks on Paphos-Limassol motorway to continue until September 16