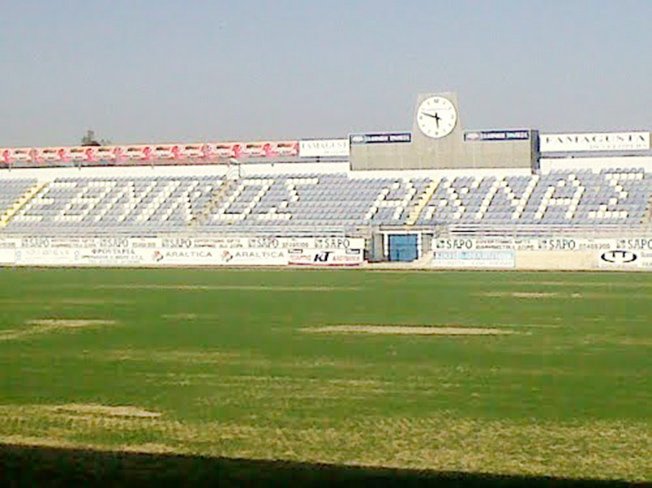 Ethnikos Achnas’ Dasaki stadium has not yet been approved by the CFA. Achna’s game against Paralimni had already been postponed due to the two positive Covid-19 cases in Ethnikos’ squad

The Cyprus Football Association has provided an update on the issue of stadium licensing and the ramifications on the original scheduling of the new season’s first round of games.

The CFA convened on Friday afternoon, after several stadiums were not approved for licensing on account of several infringements of the CFA’s set of requirements for the new season.

Firstly, the CFA has confirmed that Nea Salamina’s Ammochostos Epistrofi stadium has not been approved as of yet, meaning that Salamina’s home game against AEK Larnaca has been relocated to Anorthosis Famagusta’s Antonis Papadopoulos stadium. The date and time remain unchanged. The game will take place on Monday at 19:00.

Ethnikos Achnas’ Dasaki stadium has also not been approved for the time being. Achna’s game against Enosis Neon Paralimniou had already been postponed due to the two positive Covid-19 cases in Ethnikos’ squad. The game has been pushed to Wednesday, August 26, at 19:00.

If Ethnikos’ stadium has not received approval by Tuesday, August 25, the game will be relocated to the GSZ stadium in Larnaca. The GSZ has been approved for first division games with fan capacity limited to 330 fans in the west stand.

Limassol’s Tsirion stadium managed to obtain approval earlier on Friday and the game between Apollon and Doxa Katokopias will take place as originally scheduled. The game is planned for Saturday, at 20:30.

Earlier on Friday, the president of the licensing committee, Giorgos Karas, had provided preliminary updates on the stadium approvals, hinting at the eventual decisions delivered by the CFA later on.

Karas said that the issues with the Tsirion stadium and Enosis’ stadium Tasos Markou would be fairly easy to resolve. However, he was less optimistic about Dasaki and Ammochostos.

Karas did admit that Anorthosis’ Antonis Papadopoulos stadium had its own issues, but partial closure and the time-limited approval with the instruction of improvements allowed the stadium to be approved for now.

“The stadium has been checked and the north stand has been shut down”, Karas said. “There is coordination with the civil engineer to make repairs, so they have been given a license for three months which will allow us to monitor if they are implementing the necessary changes”, Karas added.