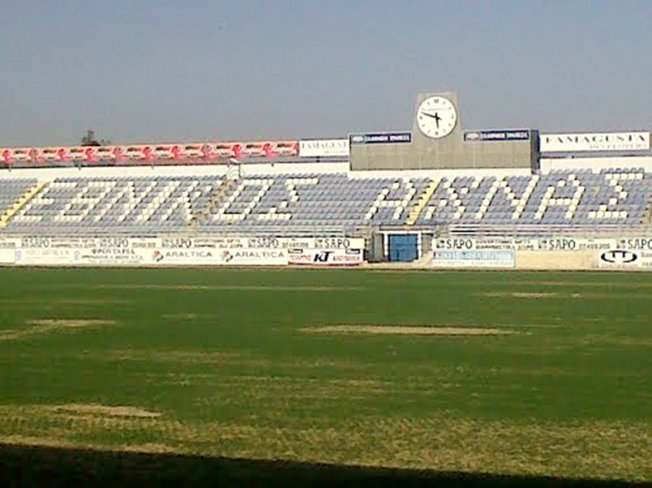 Ethnicos Achnas chairman Kikis Philipou has spoken to local radio station Super Sport FM on the issues surrounding the approval of Dasaki Achnas as an eligible stadium for the new season.

The Cyprus Football Association has implemented a new set of health and safety guidelines which has complicated the stadium approval process, to the point where overcoming some of the problems listed in the CFA’s report might prove to be impossible.

On the stadium, Philipou explained in detail that the feedback received may be partially usable, but that the club would be unable to fully resolve all issues.

“This story started long ago, before the coronavirus outbreak, when the president invited us for a meeting in February. Positions were expressed, and the Cyprus Sports Organisation spoke about funds allocated for stadium repairs,” he said.

“We suggested that a civil engineer perform a study and use it as a basis for a proposal from our side, noting the requirements and their cost. I’m telling you that Achna stadium needs around three million euros in repairs, the same for Ammochostos stadium,” he added.

“No decision was taken to give us the funds, but some money was allocated to Tsirion stadium. Then the outbreak started and everything halted. From our side, we started repairs on our own, putting 50,000 euros into stadium repairs. I’m proud of that. I submitted a request for an inspection last November and waited for someone to come. I rang and no one answered”, Philipou said.

On the recent issues with the stadium, Philipou was dubious about the reliability of the examination and approval process. “The relevant authority must take its share of the blame, it is not faultless”, Philipou said. “We do not want to risk people’s health one bit”, he added. Philipou also stated that “they come over for 10 minutes for an inspection and say this, that and the other”, before adding that “they have to prove that a study has been conducted, not just an eye test”.

The Achna chairman also said that out of the three suggested modifications and repairs in the report, two can be resolved immediately, but that the entire process was mishandled by the authorities. “We cannot fix everything in one day”, Philipou said. “They are asking for unprecedented things”, he added.

Philipou concluded by saying that his club will enforce the health and safety guidelines with utmost discipline, before commenting on the two positive cases found in Ethnicos’ squad. “I hope this does not happen to any other team”, the chairman stated. “I told them to be careful”, he concluded.

8 lessons you should avoid teaching children