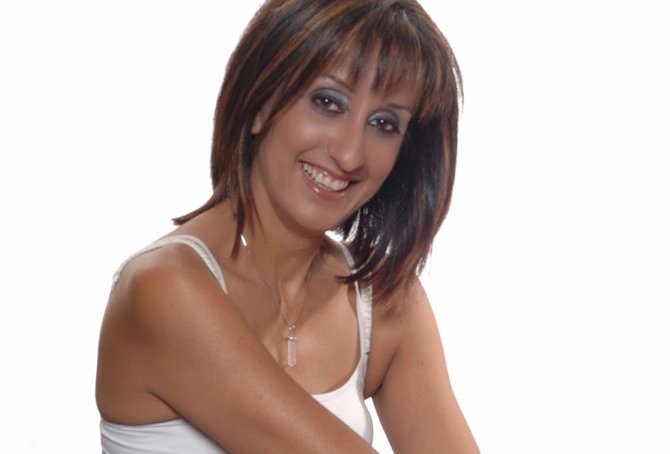 Where do you live?
I live in Larnaca by myself

Best childhood memory?
In my early childhood years had the chance to live in New York with my family. I went to school there and have a very wonderful memory of it.

What did you have for breakfast?
Yogurt and strawberries with cereal is my favourite breakfast

Describe your perfect day.
Wake up day with no alarm. Enjoy a day of relaxation, meditating, reading, swimming and just enjoying the moment. After spending my me time, meet up with family or friends.

Best book ever read?
The Secret by Rhonda Bryne. It is based on the belief of the law of attraction, which claims that thoughts can change a person’s life.

What music are you listening to in the car at the moment?
I listen to a range, from modern to oldies. I enjoy listening to songs that inspire me and make me feel joyful.

What is always in your fridge?
There is always fresh fruits and vegetables

What are you most proud of?
The first thing that comes to my mind is that I was blessed to be a mum and beside being a single parent managed to change the course of my life and achieve many accomplishments

If you could pick anyone at all (alive or dead) to go out for the evening with, who would it be?
I would pick JK Rowling to go out for the evening because she started out broke and began writing out the ideas for her best-selling series on the back of the napkin while on a train to London. She built a near billion-dollar empire of success because she believed in herself.

If you could time travel where would you go?
If I could time travel I would want to visit the years between 1420–1446 in Florence to meet up with Brunelleschi, an architect, first of the great Renaissance architects and a pioneer of perspective. He influenced many later architects, including Michelangelo. In 1420 he began to design the dome of Florence Cathedral, the largest since the Hagia Sophia. Brunelleschi had a great impact on the modern world because he found out the mathematical and architectural features to build a Dome and the Linear perspective. He was a humanist because he knew that if he worked hard and had faith in his work that it would impact the world, he enrolled in creating the dome.

What would you say to your 18-year-old self?
To never give up because dreams happen when you believe and have faith

What is your greatest fear?
Global warming

What’s your spirit animal?
My spirit animal is the Bear. This animal has been worshiped through time as a powerful totem inspiring those who need it, the courage to stand up to adversity. As a spirit animal in touch with the earth and the cycles of nature bears are also associated with the warrior spirit, prosperity and the harvest.

Name the one thing that would stop you dating someone
Unwillingness to have mutual respect, understanding and joint venture

If the world is ending in 24 hours what would you do?
Tell my loved ones that I love them and want them to be happy. Reach out to someone who you’ve wanted to speak for a long time. Travel to a place I always wanted to go.

Coronavirus: Prodromou calls on parents and teachers to cooperate after mask backlash