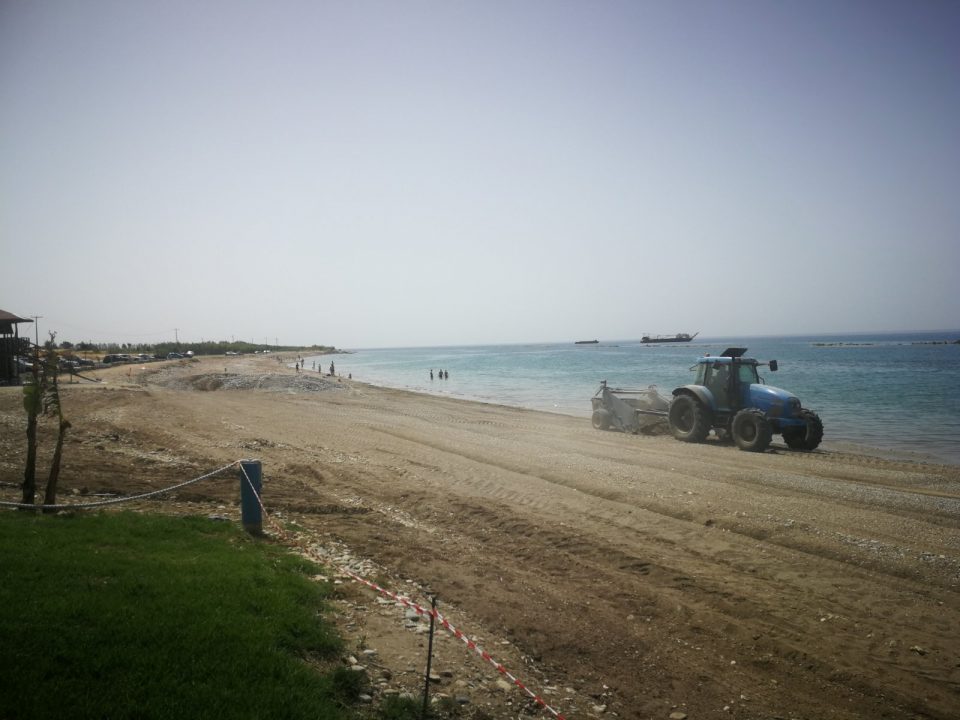 a Paphos beach being prepared for Saturday's reopening

Cyprus tourist industry, one of the island’s top economic performers, remains in peril as revenue for tourism this year are near zero.

Travel agent Harry Kyrillou, owner of a company called Planet Holidays told the Cyprus Mail that there were no bookings for Cyprus in July.

“This year is completely lost,” Kyrillou said. “The situation for us, for hoteliers and for everyone else working in the tourism industry is dramatic.”

In the first six months of the year, tourism revenue reached €122 million compared with around €1billion in 2019, an 87.8 per cent drop, according to data released by the national statistical service (Cystat) on Friday.

The local economy is expected to suffer a plunge due to the loss of tourism revenue, as the total contribution of travel and tourism to Cyprus’ GDP last year was 21.9 per cent. The global average for this share of GDP was 10.4 per cent.

Revenue from tourism in June, the same month travel ban were lifted, fell 98.1 per cent year-on-year in June to €6.7 million, compared with about €350 million last year, according to Cystat.

Cyprus Deputy Ministry for Tourism was expecting to recover 30 per cent of arrivals and revenue in June that the island had seen in the same month in 2019. Instead, tourist arrivals for that month recorded a 98.2 per cent decrease from the same month in the previous year, with just 9,119 visitors compared with last June’s 509,662 arrivals.

Because a significant percentage of the arrivals came to visit family and friends, they clearly will not be contributing to the support of the tourist industry, and not staying at hotels.

While the tourist season has been extended through the end of October, there is no expectation that arrivals numbers will improve.

UK, the main tourist market for Cyprus, was listed in category C in July and residents were forbidden to come to the island. The country was listed in Category B as from August 1, allowing residents to enter the republic after presenting a negative coronavirus test.

However, Tourism Minister Savvas Perdios said this month he does not expect an influx of tourists from the UK as residents are still obligated to undertake a coronavirus test and there are other more competitive destinations.