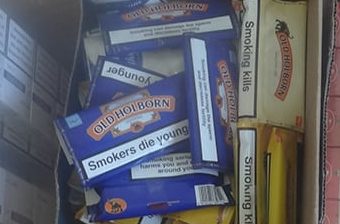 A 23-year-old has been fined over €6,000, after police found a large number undeclared tobacco products in his possession, authorities said on Saturday.

According to police, at 7pm on Friday, officers received a tip-off that the permanent resident of Paphos had undeclared cigarettes in his car.

Police stopped the vehicle on Nikolaos Nikolaides Street.  During a search, they said they found 43 boxes of cigarettes, plus 32 boxes of rolling tobacco and shisha tobacco.

The suspect was held in custody on Friday night, the items seized and the car impounded, and a customs agent was informed.

He issued a fine of €6,000 for the undeclared items, and €500 fine to have the vehicle returned to the owner after which the 23-year-old was released.