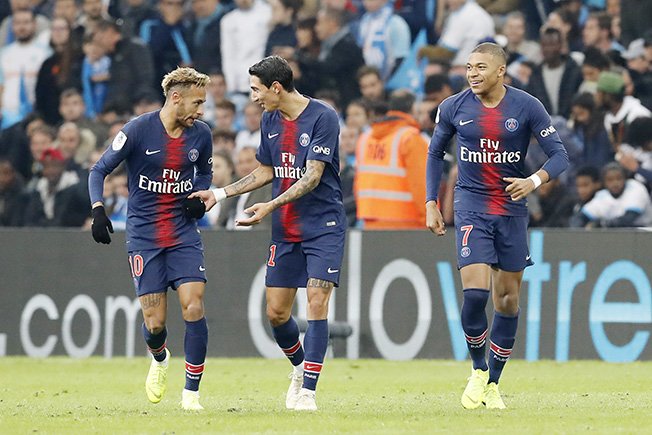 After four thrilling quarter-finals, the upsets stopped at the last four stage in the Champions League, setting up Sunday’s final between Bayern Munich and Paris St Germain.

Bayern, five-time winners, are back in the final for the first time since 2013 after ending a streak of four losses in the semi-final stage with Wednesday’s comfortable 3-0 win over Lyon

PSG are in the big game for the first time, having struggled to translate their dominance of the French league into a real challenge in Europe until wins here over Italian club Atalanta and Germany’s RB Leipzig secured their place.

For the first time since 1998, the Champions League final will feature two teams who entered the competition as domestic champions, a throwback to the day’s of the old European Cup when only a country’s title winners were allowed to enter.

While no fans will be present to witness the clash at the Estadio da Luz, home of Portuguese club Benfica, millions across the globe will watch the game which is the most-watched annual sports event in the world.

And there is plenty of interest for those outside of Germany and France.
PSG’s attack is led by Brazil’s biggest star Neymar, the exciting French World Cup winner Kylian Mbappe and the crafty Argentine winger Angel Di Maria.
It will be fascinating to see if the French side can expose Bayern’s high defensive line which was breached several times by a wasteful Lyon.

“Paris are a great team,” said Bayern coach Hansi Flick, “We will analyse some things, we know they have quick players. We will look to organise our defence, but we know our biggest strength is putting our opponents under pressure.”

Bayern’s top scorer is Polish striker Robert Lewandowski, who leads the tournament’s scoring charts with 15 goals this season and has found the target 55 times in all competitions.

The club’s 19-year-old left back Alphonso Davies has been the most exciting young player in the tournament and was born in a refugee camp in Ghana before moving to Canada, who he represents at national team level.

On a tactical level, the final pits two German coaches against each other for only the second time in the tournament’s history.
PSG’s Thomas Tuchel, the ex-Borussia Dortmund coach, has managed to give the French champions’ expensively assembled squad the balance and steel they have lacked in recent years.

Flick only took over as Bayern coach in November but has had an astonishing impact. Since mid-December, Bayern have enjoyed 28 wins and a solitary draw, scoring 97 goals and conceding just 22.

Bayern, who thrashed Barcelona 8-2 in their quarter-final, also have experience on their side.
The Bavarians have already featured in the European Cup or Champions League final on ten occasions, winning their fifth title in 2013.

PSG have only reached the last four once before and their best performance in Europe came in the old Cup Winner’s Cup which they won in 1996.

Global dividend plunge to be worst since financial crisis