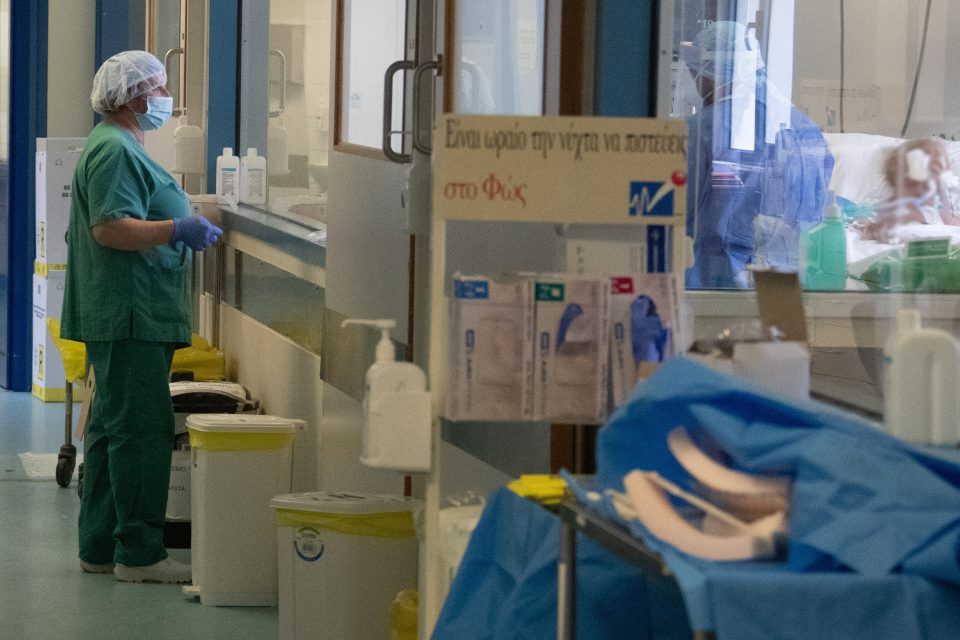 Everything Is reduced to a matter of workers’ rights

WITH coronavirus permeating almost every facet of daily life that a year ago would have seemed unimaginable, a recent study across six countries has revealed that the public’s perception of Covid-19 is in fact far worse than the reality in terms of the death toll with many believing millions of people have died in their countries.

Even in Cyprus, a quick vox pop by the Sunday Mail had varying responses to how many people on the island had died from Covid-19 with answers ranging from 200 to a whopping 7,000, when the actual figure is 20 who died from the virus and another seven who died with the virus but from other conditions.  Cyprus has had just north of 1,400 positive cases. As of Friday there were two people in hospital.

The original research report Covid-19 opinion tracker carried out by KEKSTNC for the period July 10 – 15 in the UK, Sweden, Germany, France, the US and Japan found that “people think coronavirus is more widespread, and more deadly, than official figures show.”

More specifically, the report found that “people significantly over-estimate the spread and fatality rate of the disease” in all countries studied. For instance, in Sweden and the UK, respondents believed six and seven per cent of people respectively, had actually died of the coronavirus.

With a population of around 67 million and coronavirus deaths at the time of writing at 41,397 in the UK this translates into 0.06 per cent of the population who died – a far cry from the seven per cent believed dead, which would translate into millions in the UK alone.

This is actually “around 100 times the actual death rate based on official figures” the report said.

In Cyprus, a cursory vox pop yielded a variety of answers.

“I think it’s the media’s fault so many people are so scared. They always talk about how many cases there are but they never say how many recovered,” one member of the public, asked for his perception of the coronavirus said.

With news daily bombarding the new cases, Yiannos Charalambou said he had lost perception of the deaths compared to the cases. “I’m always on top of how many cases there are – it’s hard not to be but until you just said the two together, I hadn’t really thought of it that way.”

Christina, who did not want to publish her surname said “I think I focus on the cases and whenever there’s deaths. When I hear the number of deaths compared to the cases, it seems far less scary than I had it in my head.”

Haris Loizou however said “even if it’s two per cent or three per cent, however small the fatality is, I don’t want to be responsible for passing something on to my loved ones.

“With more cases, I think that increases the risk of more people dying.”

Nonetheless, some people don’t hesitate to brush it off. “They’ve ruined everything with this coronavirus crap,” a man who works in water sports in Limassol said. “We had to close down in May because of this, our business is already low. They harp on the news about a person in their 80’s dying as if it’s something shocking.”

Out on the streets, numbers offered by those approached about their perceptions offered death tolls of everything from the correct figure, to 200 to even 7,000 plus a number of ‘don’t knows’.

“Was it 100?, asked one man. “In Cyprus, no more than 200 died,” said another.  “I think it was around 7,000,” said a third, adding that worldwide there had been 22 million deaths. The global death toll is approaching one million.

The man who offered 200 as his tally seemed surprised when told the real figure for Cyprus. “If you’re telling me that 27 people died…isn’t it really crazy that we locked down everything?” Told that the lockdown could have helped stop the spread, he added: “Even so…. “

Naturally, figures and studies like KEKSTNC’s must be viewed carefully. Countries worldwide do not have the same approaches in handling the pandemic, largely different testing rates and even ways of counting the deaths – to name a few.

Government adviser and professor of microbiology and molecular virology at the University of Nicosia Medical School Petros Karayiannis said how the public perceives the virus in Cyprus may be closer to reality.

“It depends on how extensive testing was. We do a lot of tests and therefore we are very close to reality (with actual figures)”.

Where a country may not have extensive testing, this may lead the public to worry that the actual number may be higher.

Cyprus, which quickly imposed a harsh lockdown in March, counted by August 20, 1385 cases and 27 deaths, of which the cause of death for 20 was classed as Covid-19.

Of course, this does not suggest people should decide not to care about the effects the virus, government advisor Leondios Kostrikis, Professor of Virology at the Department of Biological Sciences at the University of Cyprus, said.

Commenting to the Sunday Mail, he said the reason the fatality rate is currently at around two per cent is because the surge of new cases has been largely cases with the young.

“If this catches on to the older population, then the death rate is going to shoot up.”

The death rate of the coronavirus is considered to be at least 20 times worse than the common cold and the measures Cyprus took early on account for the low fatality rate, he added.

The death rate of Mers was around 30 per cent and that of Sars-Cov 1, at around 10 per cent, Kostrikis said. “In virology, the bigger the fatality rate, the lower the transmission rate. This virus (Covid-19) is very transmissible.”

The latest surveillance report as of August 11, said the median age of cases was 41 years old. The median age of those hospitalised was 61.5. In total, 15.3 per cent received hospital car among active cases (878), 70.2 per cent had recovered.