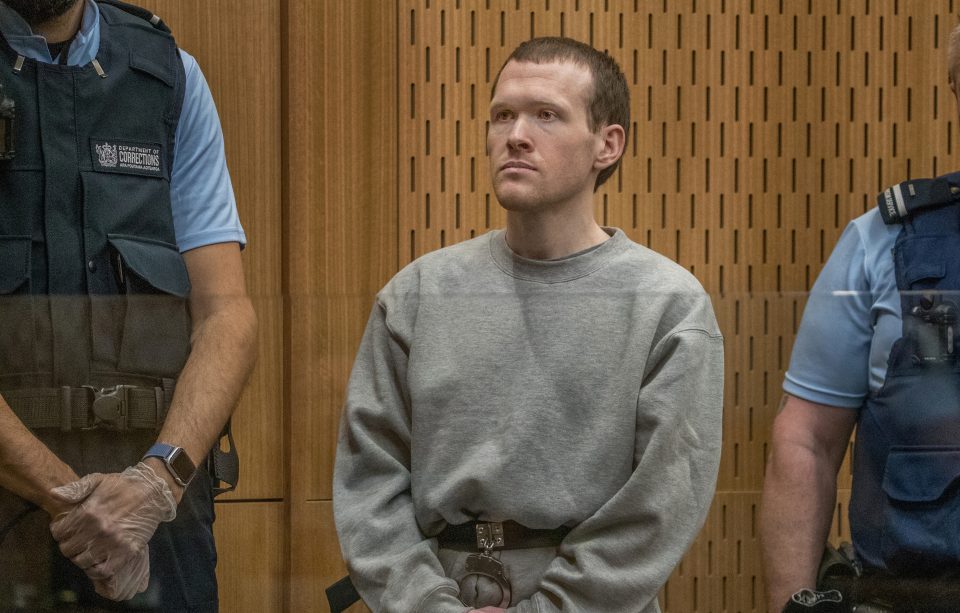 A white supremacist who killed 51 people at two mosques in New Zealand last year watched without emotion on Monday as relatives of his victims recounted the horror of a massacre which prosecutors said he carefully planned to cause maximum carnage.

Australian national Brenton Tarrant, 29, has pleaded guilty to 51 murders, 40 attempted murders and one charge of committing a terrorist act during the shooting rampage in the city of Christchurch which he livestreamed on Facebook.

He could be the first person in New Zealand to receive a term of life in prison without parole, when a High Court judge sentences him later this week for carrying out the deadliest shooting in the country’s history on March 15 last year.

Dressed in grey prison clothes, Tarrant looked at those delivering victim impact statements including the mother of Ata Elayyan, the 33-year-old goalkeeper for the New Zealand futsal team who was slain in the Al Noor mosque.

Maysoon Salama said she constantly wondered what her son was thinking in his last moments “armed only with his courage”.

“I can’t forgive you … you gave yourself the authority to take the souls of 51 people. Our only crime in your eyes is that we are Muslims,” she said.

“You killed your own humanity and I don’t think the world will forgive you for your horrible crime. May you get the severest punishment for your evil act in this life, and hereafter.”

Elayyan was near the back of the mosque while his father, near the front, survived the attack despite being shot in the head and shoulder.

Gamal Fouda, imam of Al Noor mosque, told Tarrant that he was “misguided and misled”.

“I can say to the family of the terrorist that they have lost a son and we have lost many from our community too,” Fouda said.

“I respect them because they are suffering as we are.”

Tarrant will be allowed to speak at some point during the hearings, although Justice Cameron Mander has powers to ensure the High Court is not used as a platform for extremist ideology.

The attacks prompted a global outpouring of grief as well as scrutiny of social media platforms after the then 28-year-old live-streamed the shootings shortly after uploading a manifesto.

Tarrant had also expressed regret for not taking more lives and revealed that he had intended to burn down the Al Noor mosque after the shootings, Hawes said.

“He intended to instil fear into those he described as invaders, including the Muslim population or more generally non-European immigrants,” Hawes said.

Tarrant fired “two precisely aimed shots” at three-year-old Mucaad Ibrahim who was clinging to his father’s leg, Hawes said. Ibrahim was the youngest victim of the shootings.

The shooter spent years purchasing high-powered firearms, researched mosque layouts by flying a drone over his primary target, and timed his attacks to maximise casualties, the prosecutor said.

While most of Tarrant’s victims were at Al Noor mosque, he killed seven people at a second mosque before being detained en route to a third.

Security was tight outside the court, with police dogs pacing the streets and snipers on rooftops, television footage showed.

With social distancing measures in place due to the coronavirus pandemic, some survivors and victims’ relatives had to view the proceedings in overflow court rooms.

Live reporting from the courtroom was banned, and other restrictions were put in place on what the media could report.

Justice Mander said he would not sentence Tarrant before Thursday so that survivors and family members of victims had an opportunity to address the court.

A murder conviction carries a mandatory sentence of life in prison. The judge can impose a life term without parole, a sentence that has never been used in New Zealand.

The hearings were adjourned until Tuesday morning.

Coronavirus: €479m in EU loans on the way to mitigate virus impact