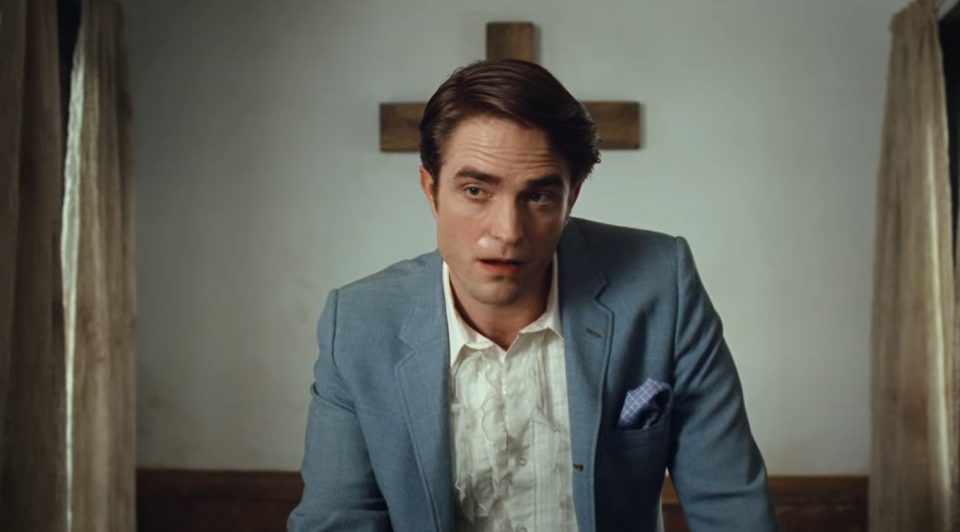 The film is described as a ‘psychological horror thriller drama’ which is a very exaggerated way of saying that the book is based upon is of the American Gothic variety. The language is far from flowery but it is very vivid indeed. The subject matter and general thematic elements feel akin to dipping your soul in a vat of rust-coloured water and toweling off with a gas station bathroom rug. The few moments of reprieve, as scant and as scarce as they are, come across as merciful havens of serenity and alleviation.

The book is divided into seven parts, excluding the prologue. These are labelled Sacrifice, On the Hunt, Orphans and Ghosts, Winter, Preacher, Serpents and Ohio. The last one is a major cornerstone of the author’s writing viewpoint. Everything he has written so far is at the very least notionally anchored in the Midwestern state. As for the rest of the sections, they don’t exactly paint a jovial picture, do they?

Though the book contains several intriguing and story-affecting characters, let’s look at four of the more important ones. Firstly, Willard Russell, who will be played by Bill Skarsgard. We are introduced to Willard as a private returning from the war in the South Pacific. Willard is scarred from what he has seen, permanently traumatised by the sight of a marine who had been skinned alive. The book details this particular scene with great detail, the bloody flesh, the heart still functioning, the flies rushing to feast on the body. The trailer contains a glimpse of this gruesome mess, the skinned marine hanging from a cross with a young Willard ogling at it from below. Suffice to say that Antonio Campos is not shying away from the book’s most vicious descriptions.

The second character, Willard’s son Arvin, is played by Tom Holland. The Spider-Man actor has chosen an intense project for him to mature as an actor. Arvin’s life begins in hardship and only gets worse from there onwards. Arvin experiences his mother’s death at 10 years old, but only after she stops recognizing him from the pain her sickness inflicts on her. He loses a parent to mortality, and another one to festering psychological trauma amplified by the devastation of a fading partner.

There is also the pair of Sandy and Carl Henderson, played by Riley Keough and Jason Clarke respectively. Right off the bat, we are told to not trust these two. Carl views their Ford van as a hearse, while Sandy views it as a limousine, both extreme and gross misrepresentations. We are told that they sometimes go by other names, but three things remain constant: Sandy is the bait, Carl is the shooter, and that “hitchhikers are the best and there’s plenty of ‘em”.

Finally, there’s Reverend Preston Teagardin, played by Robert Pattison. Pattinson, despite his Twilight fame and imminent turn as Bruce Wayne in The Batman, has a long-running knack for twisted, independent or generally offbeat projects. I believe The Devil all the Time might be one of the best ones he has been involved with in recent years, along with The Lighthouse. His character, the reverend, allows for both subtlety and true menace.

While Pattinson can definitely portray the character’s more nuanced attributes, he doesn’t exactly look like the portly gentleman described in the book. That being said, I’m curious to see how far both Pattinson and Campos will take it. There is legitimately disturbing depravity involved. Though I suppose that goes for the entire story altogether, not just the handkerchief-sporting, teenager-leering reverend.

I found the book particularly effective when I read it shortly after its release and its writing and story remained impactful upon revisiting some of its sections in recent years. It’s difficult but I hope the film does it justice. The trailer and casting choices sure make it seem like it will at least come very close to achieving that.

Watch the trailer below: