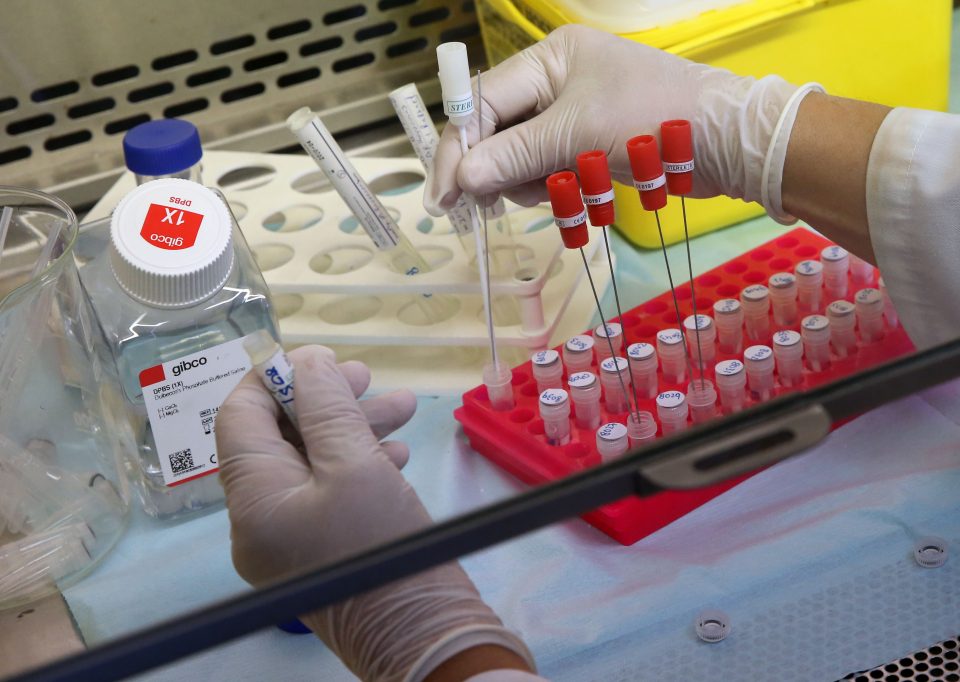 The health minister apologised and said a private hospital lab was temporarily suspended from testing for Covid-19 on Wednesday after 26 people from 30 screened and deemed positive for the virus on Monday after arriving at Paphos airport, tested negative a day later.

Authorities suspect contamination at the testing lab in the Mediterranean Hospital in Limassol and investigations have been launched, both the ministry and the hospital itself said.

One of the 27 people did test positive for coronavirus and the results from the remaining three were expected, the ministry said.

The 26 who retested negative the second time round were expected to be tested a third time on Wednesday to confirm the results.

The 30 cases on Monday concerned people who arrived at Paphos airport, 17 came from Mykonos, 10 from the Netherlands, two from the UK and one from Croatia.

Health Minister Constantinos Ioannou posted on social media Wednesday that he had been “deeply concerned” by the very large number of cases on Monday and had given instructions for the testing to be done again. “Sincere apologies to the affected people for the upset and suffering,” he said.

The health ministry said earlier that the passengers were tested at Paphos airport when they arrived.

“Due to the very large number of cases detected on only three flights that arrived at Paphos airport on the same day, and due to the intense concern that was caused, and on the recommendation of the epidemiological surveillance unit, all individuals underwent a repeated laboratory test,” the ministry said.  Contact tracing was also activated.

By Wednesday, 27 of the repeat tests were completed “of which only one was found to be positive for the virus”, the ministry said.

“The result of the laboratory test for the other three people is expected within the day,” the ministry added.

It said that it appeared after a preliminary investigation that there was contamination during processing of the 30 tests.

The ministry also apologised to those affected by the inconvenience and any suffering by those initially deemed positive.

It said that following the third round of testing, those individuals who will have negative result for the second time, as well as their close contacts, will be released from compulsory quarantine.

The one person who retested positive and their close contacts, are bound by the protocols, the ministry added.

The Mediterranean Hospital in an announcement said it had launched an internal audit. “At first glance it seems that this incident may be due to contamination of the reported samples on that day from an existing positive case,” it said. “We are in constant contact with the relevant state services, examining all possible causes related to the issue.”

The superintendent of clinical laboratories, Carolina Stylianou told CNA that contamination of the samples was the most likely cause, which she described as “unprecedented” for Cyprus. The investigation would be indepth to confirm the suspicion, she said and decisions would be made at the level of the health ministry.

“Immediately and on the same day, it was deemed necessary to recheck these passengers. So far 27 have been repeated and within the day we will have the rest. It seems that only one has finally been identified as positive, so the issue ends here. I believe that we acted immediately with the least inconvenience for the passengers,” she added. “Obviously somewhere along the chain something went wrong.”

In addition to the Cyprus Institute of Neurology and Genetics and the Microbiological Laboratories of Okypy hospitals, the private Clinical Laboratories that have completed the process of verifying the diagnostic methodology are: