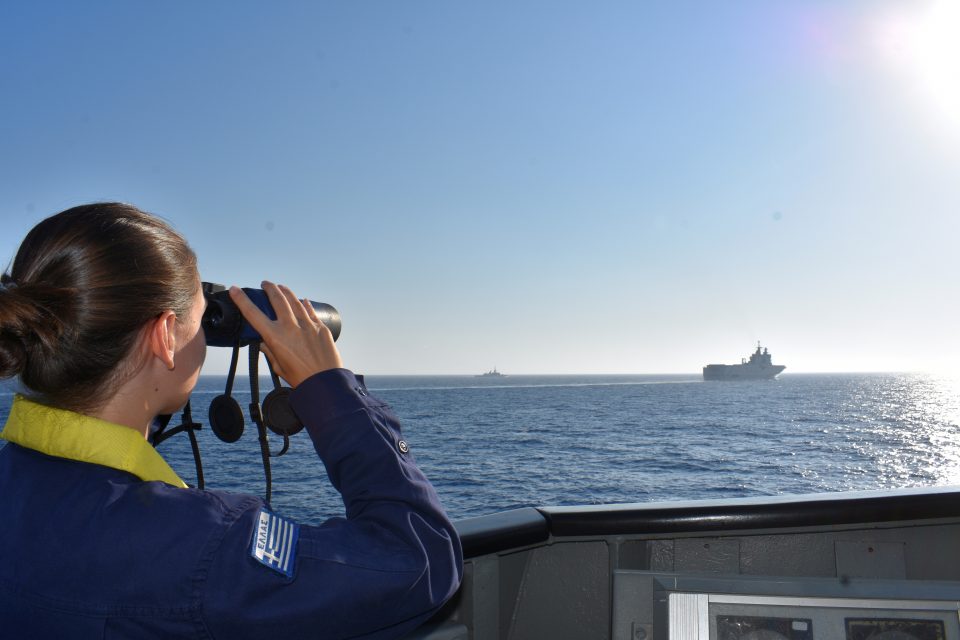 Nato is looking at ways to avoid accidental clashes in the Eastern Mediterranean while supporting German diplomatic efforts to defuse the worsening dispute over energy resources there, the alliance’s chief said on Thursday.

There was a flurry of activity in the region on Thursday, with meetings, military drills and the issuance of further Navtex warnings, plus the opening in Berlin of a new debate in the EU on relations with Turkey following the latest developments.

Earlier Thursday, Nato Secretary-General Jens Stoltenberg told Reuters the Western alliance was considering so-called deconfliction measures to prevent naval accidents in an increasingly congested region, although he did not go into details.

“I am also exploring the possibilities of Nato developing mechanisms to prevent incidents and accidents, a set of deconfliction mechanisms,” Stoltenberg said in an interview, after meeting with European Union defence ministers.

“The fact that there are so many ships, so many military capabilities in a quite limited area, that in itself is a reason for concern,” Stoltenberg said.

Stoltenberg said German Foreign Minister Heiko Maas’ whirlwind meetings this week in Athens and Ankara should be supported to allow Greece and Turkey to calm tensions.

“What I think is important now is to support the German efforts to try to establish a platform for dialogue, for talks between two Nato allies, Turkey and Greece,” Stoltenberg said.

Nato allies Turkey and Greece vehemently disagree over natural gas reserves off Cyprus and the extent of their continental shelves.

They have drawn the European Union and nearby countries into the dispute, which earlier this month flared into a light collision between Turkish and Greek frigates.

Senior Cypriot politicians have also been engaged in whirlwind diplomacy, attending a series of key meetings.

Defence Minister Charalambos Petrides called on his EU counterparts to declare the eastern Mediterranean a region of maritime interest, warranting coordinated and constant presence in the area by EU member-states, on the backdrop of continued Turkish actions that raise tension in the region.

According to a ministry announcement, Petrides made the statement during the EU defence ministers council, held on Wednesday in Berlin.

Petrides said the situation on the ground required the eastern Mediterranean to be immediately declared a region of EU maritime interest with coordinated and continued maritime presence of the EU member-states in the region.

“Cooperation with the union’s partners should not be conducted against the interests of the EU and its member-states,” Petrides told his EU counterparts, criticising Turkey’s aggressive actions in the region.

Speaking to CNA, Petrides said he conveyed Cyprus’ readiness to contribute to the development of cooperation between the EU and states of the eastern Mediterranean, with which Cyprus maintains excellent relations and extensive cooperation

On the sidelines of the Council, Petrides met with his German counterpart Annegret Kramp Karrenbauer and agreed on upgrading bilateral relations in the field of defence and security between the two countries.

Ahead of the EU meeting in Berlin on Thursday, Foreign Minister Nicos Christodoulides called on his EU counterparts to stand up for the values of the union amid the heightened tensions with Turkey.

He said that Turkey’s actions threatened not only Greece and Cyprus, two EU member states, but also the interests of the EU itself.

Christodoulides’ comments came ahead of the foreign ministers council meeting, saying that the gathering was very important.

“As you are aware, one of the issues to be discussed is EU-Turkey relations in light of the illegal and provocative actions of Turkey in the Eastern Mediterranean against EU member states [and] against the interest of the EU,” he said.

“The EU’s credibility is at stake… it must stand up for international values for a global international order based on the values and principles of the EU,” he continued.

“EU solidarity must be real and substantial,” he concluded.

As for military exercises, Turkey and Greece, which were joined by Nato allies France and Italy, held rival military drills in the same area of the Mediterranean.

As the dispute widened, France said on Wednesday it was joining military exercises with Italy, Greece and Cyprus in the eastern Mediterranean.

Turkish Foreign Ministry spokesman Hami Aksoy said the deployment of French military aircraft in Cyprus violated treaties regarding the control and administration of the island after independence from Britain in 1960.

Aksoy said that France’s stance was dangerously encouraging Greece and Cyprus to further escalate tensions in the region.

The Turkish navy issued the latest advisory, known as a Navtex, on Thursday saying it will hold the shooting exercises in the eastern Mediterranean off the coast of Iskenderun, northeast of Cyprus. It also extended the seismic work of its Oruc Reis survey vessel, southwest of Cyprus, until September 1.

Also on Thursday the Greek parliament ratified an accord defining its sea boundaries with Egypt, having ratified a similar deal with Italy.

Greece now plans to extend its territorial waters in the Ionian Sea to 12 nautical miles from its coast, from six nautical miles. Turkey has warned that a similar move by Athens in waters east of Greece would be a cause for war.

Greek government spokesman Stelios Petsas said that Greece’s right to shift its western maritime border stems from the Law of the Sea and it reserves the right to do so in other sea areas, when it decides.

“The tension is not created by Greece, which is ready to contribute in a de-escalation,” he said.

(Reuters and CNA contributed to this report)