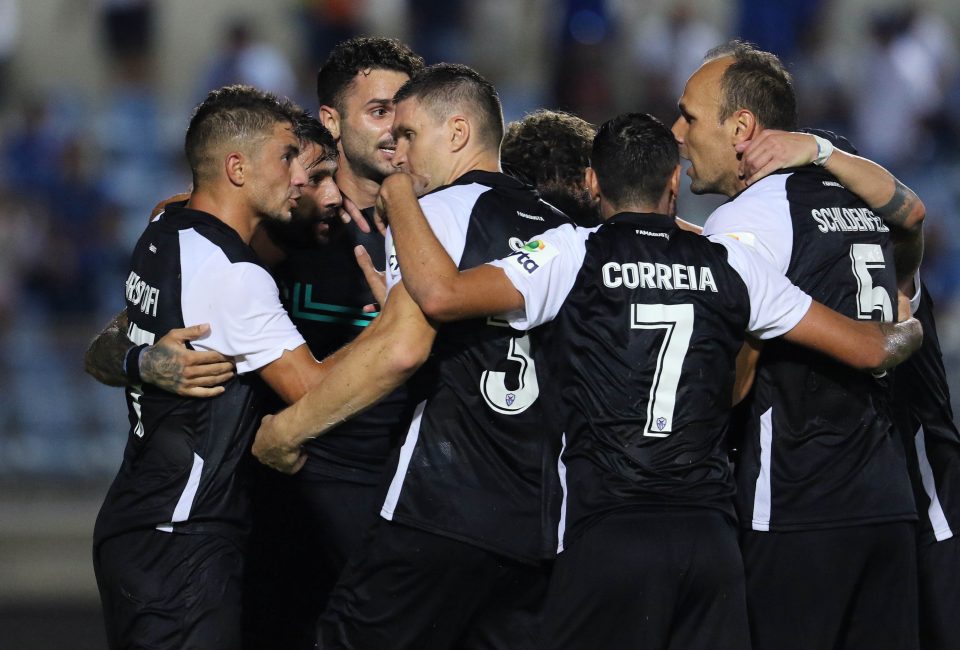 Anorthosis left it late, with a last minute penalty giving them a 1-0 win in Pafos

A last-minute penalty by Tornike Okriashvili gave Anorthosis a dramatic 1-0 win away to Pafos FC on Friday night as the second round of the Cyprus football championship got underway.

It was Anorthosis’ second win in as many games in a contest that Pafos FC will feel hard done by as they were much the better side, especially in the second half, where they lost a host of chances, including a hotly disputed penalty that was saved by their Georgian goalkeeper Loria.

Loria was clearly man of the match as he kept Anorthosis in the game with second half saves from Angulo (penalty), Rakels (twice) and Va.

Anorthosis created just one chance in the second half with Okriasvili heading wide from close range. The same player though had no problem in beating Pafos FC’s goalkeeper from the penalty spot after referee Nicolaou awarded the Famagusta team this time, a soft penalty.

In the second Friday night game AEL came from behind againnst Nea Salamina to maintain their perfect start to the season and leave their opponents pointless after the first couple of games.

Wagner had given Salamina the lead late in the first half but their joy was shortlived as Mmaee equalized from the penalty spot five minutes later.

Shortly after the break Wagner had the chance to restore Salamina’s lead but he shot well over Vozinia’s goal from close range.

In the 68th minute Mina Antoniou scored the winning goal after heading past Vezelofski following a pin-point cross from Torres.