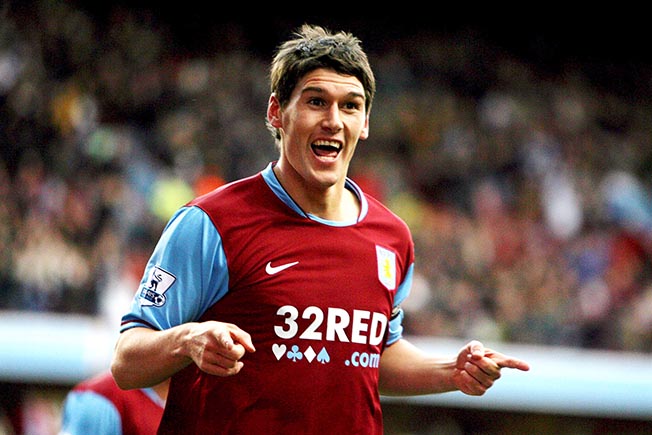 The Premier League’s record appearance holder Gareth Barry has announced his retirement from football at the age of 39.

Barry, who played 653 times in the top flight, represented Aston Villa, Manchester City, Everton and West Brom during a career spanning four decades.
The midfielder scored 53 goals and produced 64 assists in the Premier League and won 53 caps for England between 2000 and 2012, scoring three goals for his country.
He played his final game in March this year when he started West Brom’s 3-2 FA Cup defeat to Newcastle at The Hawthorns.

The versatile Barry never attracted the worldwide acclaim – or gathered the silverware – of some of his contemporaries, but he deserves recognition for his longevity at the top level of the English game.

Barry’s career has been more than just a solid one. Villa, where he made his Premier League debut in May 1998, were a competitive side and playing in Europe during his stint there.

City were spending big money on star players, yet Barry was still seen as integral to what they were trying to achieve and he was part of their title-winning team in 2012, having won the FA Cup with them the previous year. He also helped Everton reach an FA Cup semi-final in 2016.

But testament to his conditioning, commitment and ability is his longest run of appearances without being a substitute – 207 matches between November 2004 and August 2010.

Despite this, most football fans acknowledged Barry’s service to the game, with reliability and consistency often overlooked and understated in the game.
He did not possess the star qualities or match-winning capabilities of peers such as Steven Gerrard, Frank Lampard or Paul Scholes but for two decades he has been pivotal for a whole host of managers in a league that does not allow for passengers – certainly not for 653 matches.

Often under the radar, at Villa, City and Everton, Barry was the archetypal team player and he adapted his game over the years. He began as a centre-half or left-back and found his calling as a solid, technically-assured central midfielder, via the left wing.

In 2009 he finally began to receive the recognition he deserved when Liverpool’s manager at the time, Rafael Benitez, pursued him as a replacement for the hugely-talented Xabi Alonso. However, he would leave Villa Park for City rather than the Reds.

The move to the Etihad coincided with Barry becoming a key component in the England team and it is where he would win his only two pieces of major silverware.
He finished his career at West Brom, signing for the Baggies in the summer of 2017, and he played six games last season as the club won promotion back to the Premier League.