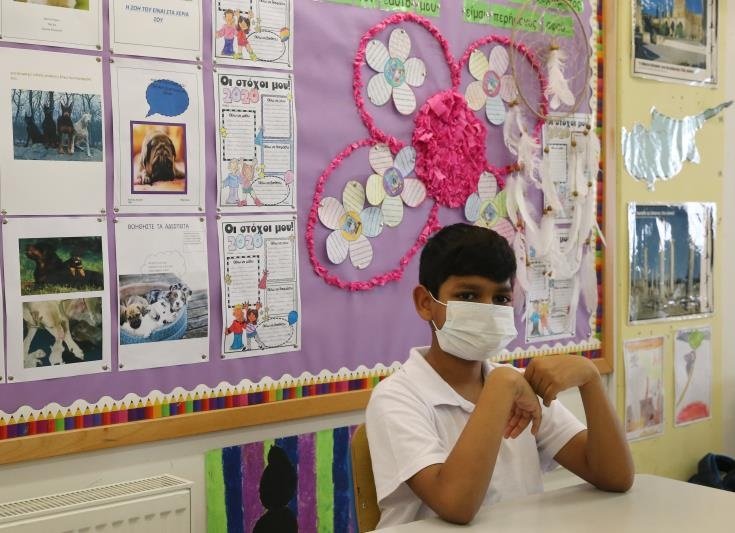 By Peter Michael and Jonathan Shkurko

Education Minister Prodromos Prodromou said on Friday the health protocols for schools at all levels were ready and were being sent to the school directorates.

Prodromou said that after consulting with the health ministry, the government was able to finalise the health protocols, which they will now begin sending out to all kindergartens, primary, and secondary schools.

“We trust that schools will function in healthy and safe conditions this year as well,” Prodromou said.

Prodromou reiterated the protocols, which include the use of face masks for all children over the age of 12, teachers, and staff in closed areas.  Masks do not have to be worn outside.  Also, everyone will be required to keep one metre between each other.

He said an informational package was being prepared and would be given out to the children on the first day of school, September 7, which they will have to take home to their parents.

“We estimate that approximately 140,000 households will receive this useful informational, which will describe hygienic safety and the protocols for the schools,” he said.

The information package will also include recommendations for parents on what to monitor at home.

The commissioner for the protection of children’s rights Despo Michaelidou said on Friday the use of face masks by students and teachers in schools should be discussed and included into a bigger plan coordinated by the health ministry,

Michaelidou said she understood parents’ concerns regarding the objective difficulties arising when children are expected to respect the protective measure.

However, she urged parents and teachers to help students understand the importance of wearing the mask.

She said practical difficulties and discomfort should not prevent respect for protective measures to protect the children’s safety.
“I believe that parents and teachers will make the necessary efforts, in the context of their roles, so that children understand the need to follow all health protocols, including wearing face masks and maintaining social distances.

“Children are to be trusted that they will be able to comply to the rules in order to help reduce the risk of the virus spreading further,” Michaelidou said.

Last week, Education Minister Prodromos Prodromou said all children would return to schools at the start of the academic year on September 7 but would have to wear face masks.

Three days later, the directive for all children to cover their faces was changed for children aged six and under.

However, not everyone agrees with the amendment. Dr George Panos, Professor of Pathology at the Medical School of the University of Cyprus and a member of the government’s epidemiological team said he was completely against the decision to raise the age ceiling from six to 12.

“Our children should learn to use masks all the time,” he said. “Children all over Europe have learnt to do so, I don’t see why they cannot do it here. Do our children have special requirements and needs?”

However, masks have not been made compulsory in many European countries such as the UK, Netherlands and Greece. In Germany they must be worn only where social distancing cannot be maintained, and in France, children over 11 must wear them.

Panos said the epidemiological team advised the health ministry on the use of masks following directives from the World Health Organisation (WHO), which, in his opinion have been dismissed.

“There is no logic in raising the use of a mandatory protective mask from six to 12,” he said. “Cyprus must decide whether it is a third-world country or a European one.”

He said masks were the “only weapon we have” to limit the spread of the virus.

Finally, he said the island is currently going through a second Covid-19 wave, albeit weaker than the first one.

“The virus is weaker, but there has been a delay in dealing with it when we had a resurgence in cases.

“We should test a lot more people, faster and with better tracking of contacts. We should also check everyone who went abroad at least twice, the first time five days after their return, the second time after two weeks.”

Elderly pedestrian dies after being hit by car in Nicosia