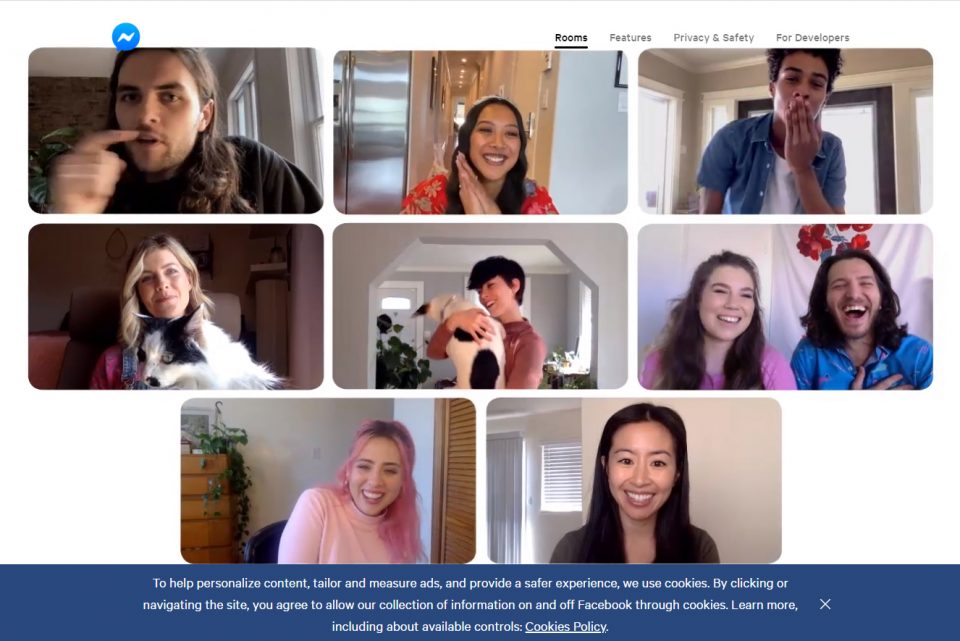 Facebook’s Messenger has come a long way since its birth in 2011. From its initial launch as Facebook’s integrated instant messaging feature, Messenger evolved to a dedicated application and website in 2014, growing in functionality along the way. Messenger allows for the sending of documents, audio files, images, videos, and more recently cash amounts to people in your contacts list.

Earlier this year, Facebook introduced another expansion on the application’s scope with the unveiling of Messenger Rooms. Launched in May of 2020, Messenger Rooms was a direct response to the ongoing success of Zoom and the general need for multifaceted video conferencing tools in the age of the coronavirus outbreak and the resulting social distancing measures that are being implemented worldwide.

Messenger Rooms found itself in the top 10 most downloaded apps in the US App Store for several weeks, although it dropped out of the top 10 last week. This has prompted parent company Facebook to respond with the updating of the application and the implementation of new features.

The update also aims to make Messenger Rooms as competitive as possible during the reopening of schools across the United States. Competitors Zoom and Google Meets are also vying for a major slice of this particular segment of the teleconferencing market.

The updated version of Messenger Rooms has relocated the list of Rooms you have had an invitation to within your Chats tab inside your inbox. The Rooms list will be displayed at the top of the tab. The option to create a new Room has also been made easier to spot through its placement in the Chats tab.

Furthermore, Messenger Rooms will now enable users to shape the nature of a new Room from the outset. Upon creation, the user can define the purpose of the room, picking from options that include default, a suggested activity or a customised activity. Users can also define a start date and alter the audience of the Room to their liking. Rooms can also be viewed, joined, edited, enlarged with more invitees, or deleted at any point after creation.

Rooms can also be edited visually, with the ability to customise the background in a Room with your own photos, on top of the images available in the application’s existing gallery of media. Messenger Rooms also supports 360-degree backgrounds, including a Black Hole, Raining Donuts, a Lake Forest, a Sunset Beach, and a Ball Pit. Finally, users can also enable various mood lighting filters.