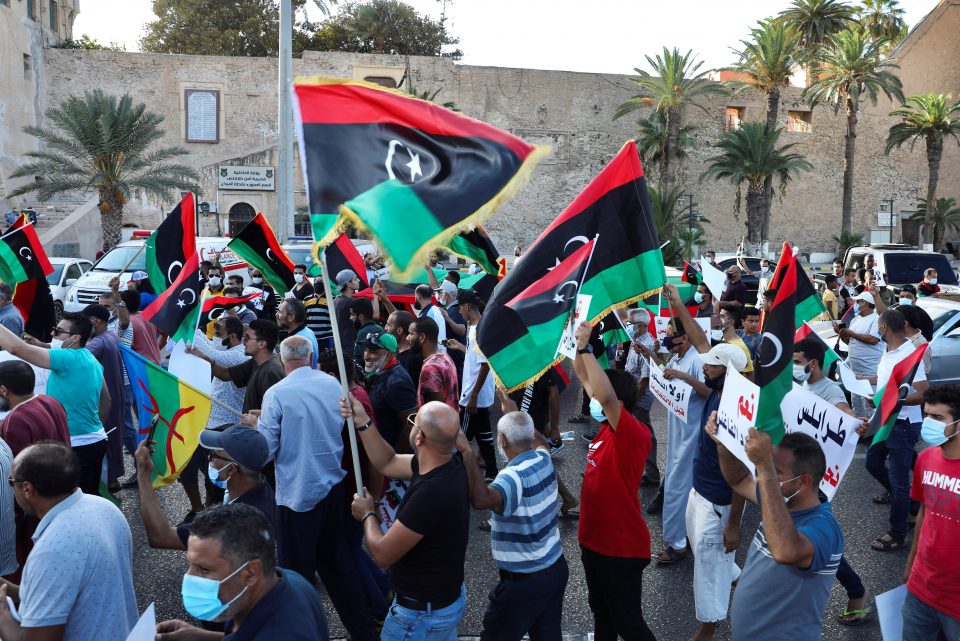 Thanks to these foreign interventions, the fighting in Libya has also long been a ‘proxy’ war, with the unfortunate Libyan people at the centre of a regional maelstrom

AFTER more than a year of fighting, thousands of deaths and the large‑scale collapse of many basic services, last weekend saw most of Libya’s warring parties finally agree a ceasefire.

The head of the UN-recognised Government of National Accord (GNA), Fayez al-Sarraj, announced on August 21 that he had “issued instructions to all military forces to immediately cease fire and all combat operations in all Libyan territories.”

The move was welcomed by the United Nations, the European Union and a range of other states, many of whom have backed one side or other in the conflict during the last few years.

Indeed, thanks to these foreign interventions, the fighting in Libya has also long been a ‘proxy’ war, with the unfortunate Libyan people at the centre of a regional maelstrom.

In this, the GNA, based in the western capital of Tripoli, has the firm, military backing of Turkey and the political support of Italy.

Meanwhile, Russia, Egypt, the UAE and – unofficially – France have been supporting the internationally-unrecognised government of Aguila Saleh, based in the eastern city of Tobruk.

This, in turn, has also had the backing of the Libyan National Army (LNA) and its strong man leader, General Khalifa Haftar.

The conflict has also pitted the two ‘halves’ of the country against each other – the western, Tripolitania region versus the eastern, Cyrenaica region, with the two historically home to different tribes and groupings.

Hopes are now high, however, that these two opposing power blocks may have reached the point where they are ready to settle.

Yet, there may be more fighting still to come, as those foreign interests could be reluctant to depart.

At the same time, Libya’s rival militias and factions – whose leaderships have grown powerful during the conflict – may now compete for the spoils.

These include a giant oil and gas sector, worth 97% of the entire country’s wealth and $80bn a year when it was last in full flow.

For many ordinary Libyans, however, the ceasefire is long overdue.

Since January, an international embargo on the country and a collapse in oil production has meant oil and gas exports have ceased, collapsing the economy.

In the east, local power plants have also broken down, causing blackouts in the middle of the blistering summer, while prices have rocketed.

“There’s a feeling this has been going on too long and people can’t take it anymore,” Calvin Harrison, editorial manager for Frontier MEA and the Libya Monitor told Cyprus Mail.

The conflict has also caused thousands of casualties, with growing anger at the mounting losses.

“Many young kids have died,” Federica Saini Fasanotti, Libyan expert and non-resident fellow with the Brookings Institute, told Cyprus Mail. “There have been people out on the streets protesting about this, still waiting for the return of their loved-ones’ bodies.”

There is also a sense that the military campaign has stalled, with the GNA’s lightning advance to the coastal city of Sirte earlier this summer now ground to a halt with a lengthy logistical tailback.

Amidst all this suffering, there is a growing feeling in the east, too, that Haftar has failed, with his allies – local and international – now edging away.

“It is clear to almost all the main players that continued conflict would just not be worth it,” Riccardo Fabiani, the International Crisis Group’s North Africa Project Director, told Cyprus Mail.

On the eastern side, “There are now huge problems between Haftar and Saleh.” says Fasanotti.

Saleh agreed the ceasefire with the GNA, yet Haftar has since denounced it as a “marketing stunt”.

“This split also reflects an international one,” Fabiani says. “Russia and Egypt support the idea of a ceasefire and negotiations – which only Saleh can deliver –  while the UAE is more behind Haftar, who is toxic in Tripoli – they will never negotiate with him.”

Within the GNA, too, however, there are also divisions.

“Al-Sarraj is a more pragmatic leader,” says Fabiani, “who fears the more radical elements in the GNA – and the presence of Turkey – will be strengthened by continued fighting.”

Indeed, the GNA has often counted on the support of Islamist and jihadist militias to enforce its rule, with these now powerful forces in the west.

“There is a cartel of militias in Tripoli that controls the streets and every kind of traffic you can think of, from weapons and drugs to human trafficking,” Fasanotti says.

At the same time, Turkey is now pushing hard for a permanent base in Libya, with its forces already well established at Misrata, on the coast, and at the Al Watiya airbase.

Given all these factors – and a major diplomatic push to get a ceasefire in recent weeks by both the US and Germany – both east and west now have a chance to find a way out.

Yet that chance may be slim, given the legacy of violence in the country.

After the overthrow of the dictator Muammar Gaddafi back in 2011, conflicts between rival factions and militias eventually resulted in the current two Libyas emerging.

“Haftar’s troops control the east and the south of the country, where almost all the major oil and gas fields are,” says Harrison.

Cairo fears infiltration by jihadist and radical Islamist groups from Libya, should the GNA gain control, with Egypt thus backing Haftar and the Tobruk government.

Russia has also backed Haftar and the eastern administration, as Moscow has sought to establish a stronger presence in the region. The Kremlin has not backed Haftar directly, however, but via a Russian mercenary army, the Wagner Group, which has operated alongside the LNA.

France, meanwhile, has also been unofficially backing the east. Firstly, because the LNA has much better control of its coast, while the GNA’s militias are a major source of people smuggling across the Mediterranean.

Secondly, France sees Turkey as a growing rival to its influence in North Africa and the Sahel and thus wishes to counter this by backing Turkey’s Libyan opponent.

“The French have been leading the charge against Turkey,” says Fabiani. “They have a real anxiety about growing Turkish influence and have joined in every alliance in the Mediterranean aimed at curbing Turkey.”

This would include the recent exercises with Greece and Cyprus in the Eastern Mediterranean.

Turkey’s support for the GNA, meanwhile, is part ideological – the GNA contains the Libyan Muslim Brotherhood within its coalition – and partly strategic.

Libya offers a way to pressure regional rivals Egypt, Russia and France, while also winning support from a UN-recognised government for Turkey’s maritime claims. The establishment of a permanent military base in Libya would also project Turkish power further over the Maghreb and Sahel regions.

Given all these competing interests, “I don’t think this ceasefire stands much of a chance,” says Fasanotti. “There is just no good soil for peace to grow in at the moment.”

In this harsh, desert soil, it may indeed be astonishing if any shoots emerge – though there will be many Libyans praying hard for such a miracle.