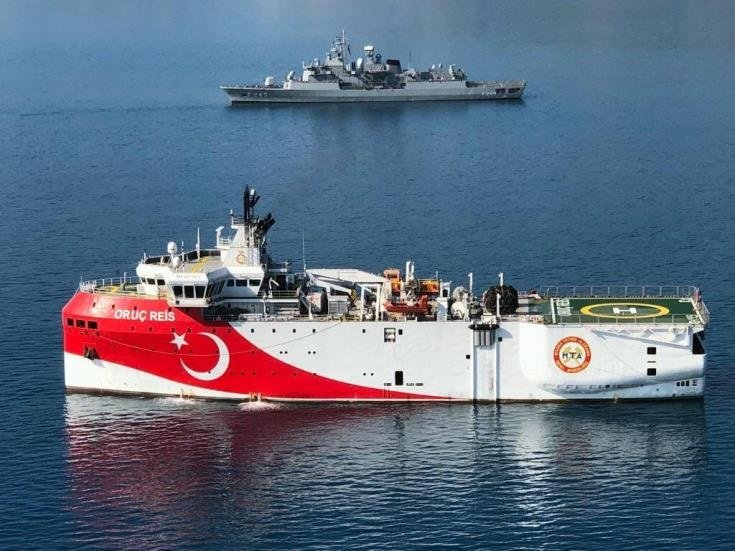 Turkey said it will hold a military exercise off northwest Cyprus for the next two weeks, amid growing tension with Greece over disputed claims to exploration rights in the east Mediterranean.

On Friday night Turkey issued a Navtex notice – an advisory message to mariners – saying it would be holding a “gunnery exercise” from Saturday until September 11 off northwest Cyprus.

In response, Cyprus issued its own Navtex early Saturday saying the Turkish notice was “illegal and constitutes a violation of the territory of the Republic of Cyprus, the international law and maritime safety procedures.”

“The only authorised station in the area of responsibility of the Republic of Cyprus is the JRCC Larnaca/Cyprus Radio” the Navtex said.

The long-running dispute between Turkey and Greece, both Nato members, flared up after the two countries agreed rival accords on their maritime boundaries with Libya and Egypt, and Turkey sent a survey vessel into contested waters this month.

Both sides have held military exercises in the east Mediterranean, highlighting the potential for the dispute over the extent of their continental shelves to escalate into confrontation.

The European Union’s top diplomat Joseph Borrell said on Friday the bloc was preparing sanctions against Turkey that could be discussed at a summit in late September in response to Ankara’s standoff with EU member Greece.

Turkish Vice President Fuat Oktay criticised the possible measures, which could target individuals, ships or the use of European ports in an attempt to limit Ankara’s exploration capabilities.

“It is insincere for the EU to call for dialogue on the one hand and make other plans on the other, regarding the activities we carry out in our own continental shelf in the east Mediterranean,” he said on Twitter

French President Emmanuel Macron has repeatedly demanded further EU sanctions against Turkey and the two Nato allies almost came to blows in June after a French warship attempted to inspect a Turkish vessel as part of a UN arms embargo for Libya.

Macron has called for the EU to show solidarity with Greece and Cyprus in the dispute over natural gas reserves off Cyprus and the extent of their continental shelves and has pushed for further sanctions at EU level, although there are divisions in the bloc over the issue.

“When it comes to Mediterranean sovereignty, I have to be consistent in deeds and words,” Macron told reporters at a news conference.

France this week joined military exercises with Italy, Greece, and Cyprus in the eastern Mediterranean as the dispute between Turkey and Greece escalated.

S.Korea running out of sickbeds in Covid-19 resurgence