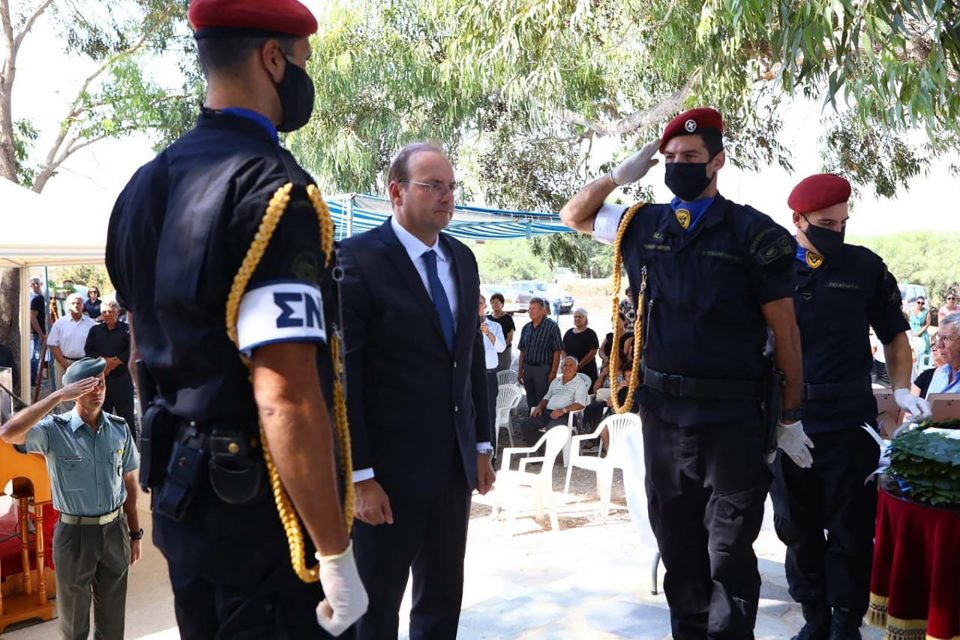 Defence Minister Charalambos Petrides expressed hope on Sunday that Turkey would display the necessary good, allowing the resumption of UN-led talks for a settlement of the Cyprus problem.

“A solution to the Cyprus problem in line with the EU acquis and international law, without anachronistic guarantees and the presence of the Turkish army, a solution safeguarding human rights which creates the conditions for lasting stability remains the President’s main aim,” Petrides said in a memorial service for those who lost their lives in Mandres, a village in Famagusta, during the 1974 Turkish invasion.

He said however that “Turkey with is unacceptable and aggressive stance in Cyprus’ exclusive economic zone causes even greater problems in the efforts to resume the negotiating process.”

Petrides added that constant threats to open the fenced-off city of Famagusta would represent a substantive obstacle for the solution of the Cyprus problem, as well as for Ankara’s EU accession course.

“All of the above show the lack of any good intention on behalf of Turkey to cooperate for reaching a solution,” he added.

Thousands of Brits stalling over legal residency ahead of Brexit