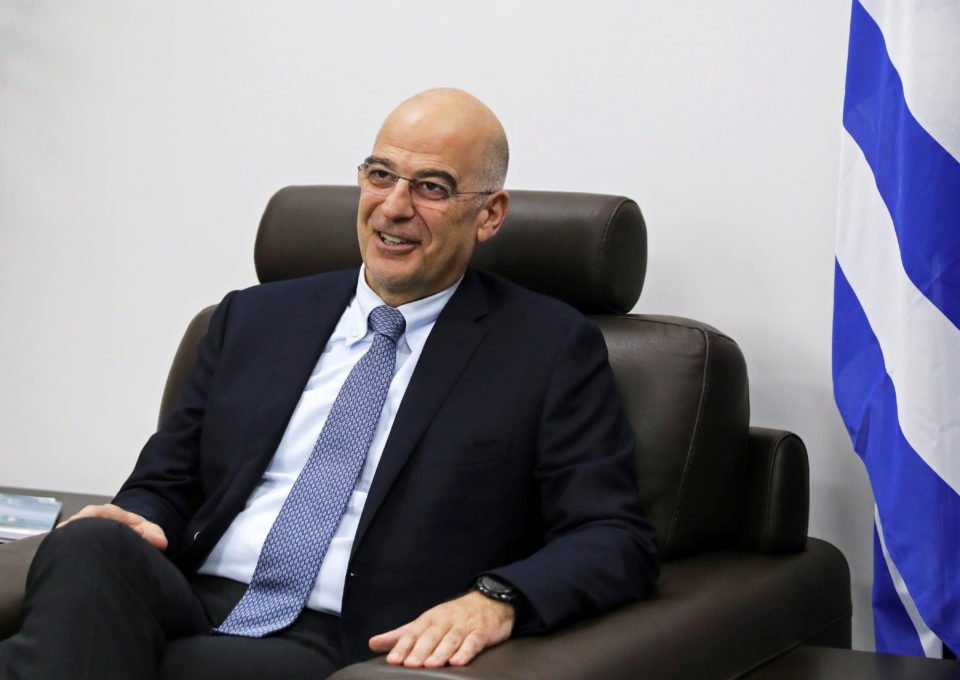 Greece said on Sunday it would “in due course” when conditions allowed, enter into an agreement with Cyprus on delimiting maritime zones, Foreign Minister Nikos Dendias said in an interview with Sunday paper, Real News.

The goal was to gradually delimit all maritime zones in the region, he said.

“However, in the delimitation of maritime zones, especially in a maritime area such as the eastern Mediterranean, there is a necessary sequence of actions that must be planned and executed accurately,” said Dendias.

“This is also highlighted by the careful reading of our agreement with Egypt. The geography of the Mediterranean itself dictates cooperation and multilateral cooperation. You can be sure that, in due time and after the conditions mature, we will move forward with Cyprus in this direction,” he added.

Dendias stressed, at the same time, that Greece was ready to enter into a dialogue with Turkey, clarifying, however, that there could be no dialogue under a regime of threats, insults and provocations or where sovereign rights were violated.

“So far, Turkey’s systematic delinquent behaviour makes its statements about readiness for dialogue empty and pretentious,” he said, adding that dialogue requires de-escalation and a clear frame of reference that could be none other than international law, international maritime law and the rules of good neighbourliness.

“There can be no dialogue outside this self-evident framework,” Dendias stressed.
The Greek Foreign Minister did not rule out the possibility of appealing to The Hague in the dispute over the continental shelf. Greece had expressed its readiness to appeal to the International Court of Justice if it failed to reach an agreement with Turkey through dialogue.

“A joint action in The Hague, of course, presupposes that both parties accept the jurisdiction of the court and that they have agreed precisely on what is the dispute on which it will be called to rule,” he said.

“Let us not forget that Cyprus also exists in the eastern Mediterranean.”

Turkey has said if Greece moved to expand its territorial waters in the Aegean, it would be a causus belli.

Dendias said if Turkey chooses to escalate, ignoring the calls and encouragements of its partners and allies, Greece has specific obligations under its Constitution and, according to the UN Charter, certain legal options.

“Turkey is wrong if it considers that Greece will back down and accept any illegality being perpetrated against it, the Greek minister said.