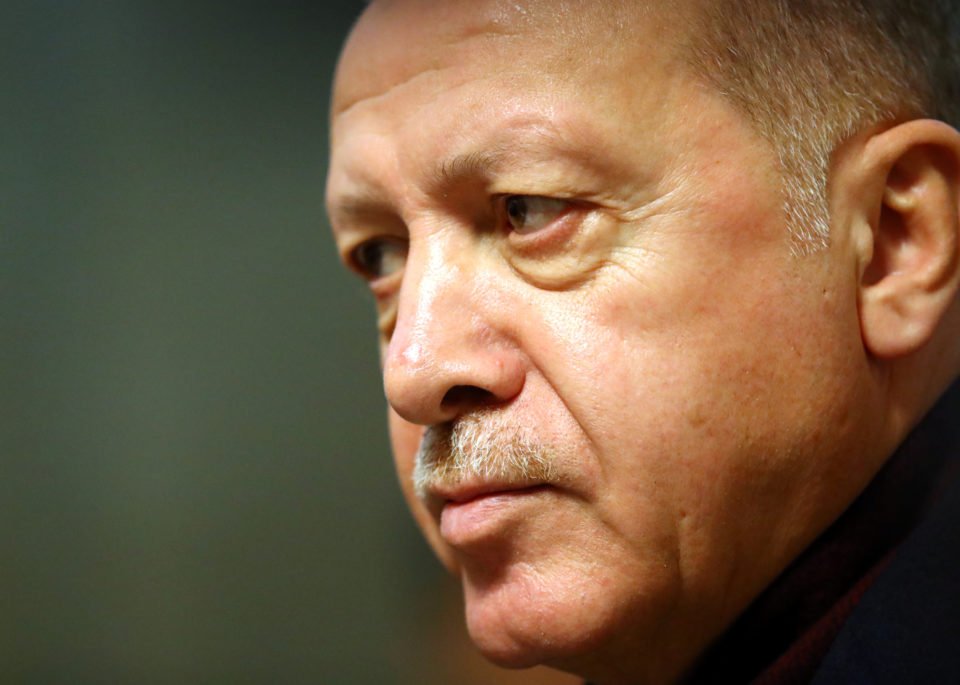 Turkey, especially in the Eastern Mediterranean, will not succumb to threats, intimidation and blackmail, President Recep Tayyip Erdogan said on Sunday.

Speaking at an event in Ankara, Erdogan said Turkey’s significant achievements in various fields were the clearest indication of its willingness to protect the rights and interests of the country, he said.

“We are determined to welcome 2023, when we will celebrate the 100th anniversary of the founding of our democracy, as a stronger, more independent and more prosperous country, economically, militarily, politically and diplomatically,” he added.

In an interview Saturday evening with A Haber, Cavusoglu said the Navtex it issued reserving the area was extended.

“We are continuing our work and research and Oruc Reis will continue to work in the region for another 90 days,” said Cavusoglu.

Cavusoglu also referred to the EU’s foreign ministers decision on Friday to prepare sanctions against Turkey for its illegal activities in the eastern Mediterranean. The sanctions will go to the EU Council for approval late next month if Turkey does not stop its illegal drilling, the bloc has said.

Stating that some countries want to hold Turkey responsible for the tensions in the eastern Mediterranean, Cavusoglu said Ankara had talked with many European countries in the face of sanction threats of. “They agree that we are in the right,” he said.

On Saturday, Turkey said it would hold a military exercise off northwest Cyprus for the next two weeks, amid growing tensions.

On Friday night Turkey issued a Navtex notice – an advisory message to mariners – saying it would be holding a “gunnery exercise” from Saturday until September 11 off northwest Cyprus.

In response, Cyprus issued its own Navtex early Saturday saying the Turkish notice was “illegal and constitutes a violation of the territory of the Republic of Cyprus, the international law and maritime safety procedures.”

“The only authorised station in the area of responsibility of the Republic of Cyprus is the JRCC Larnaca/Cyprus Radio” the Navtex said.

One shot dead as rival protesters clash in Portland