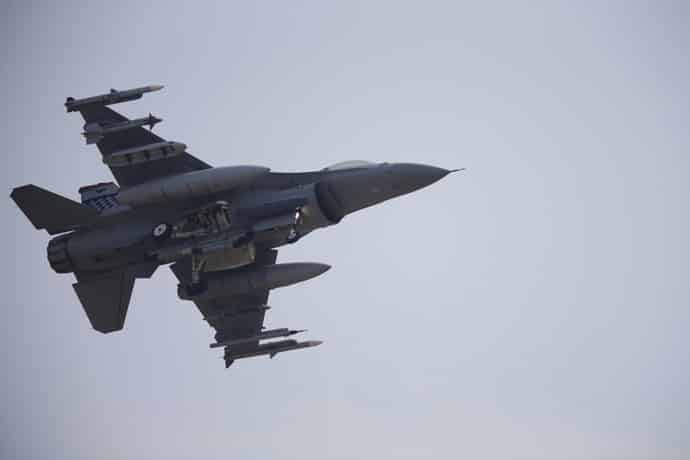 Reports that Turkish fighters entered Greek airspace and were intercepted by Greek F-16s, accompanying an American B-52 bomber in the context of Nato’s ‘Allied Skies’ activity, emerged on Sunday.

The incident was said to have happened within the Athens Flight Information Region (FIR).

Allied Skies, an activity during which American B-52 Stratofortress flew over all 30 Nato countries on Friday was an exercise the US said, was to show Nato’s solidarity amid rising tensions between allies.

The Cyprus News Agency, citing an announcement from the Hellenic National Defence General Staff (Geetha) said Athens had warned of the possibility of Turkish behaviour during the exercise, and that measures had been taken in advance.

“Despite the agreements and the relevant assurances, when the B-52 entered the Athens FIR, the Turkish fighters, displaying particularly provocative, unethical, anti-allied and anti-diametrically opposed behaviour from the purpose of the activity, flew near the American fighter, which was being greeted by a Greek quartet of F-16s,” the announcement reportedly said.

It added that two other units had been on standby in the area for this reason, recognised, intercepted and expelled the Turkish fighters from the Athens FIR.

CNA said that according to Geetha, “such provocative acts of violation of the agreements on the one hand create a serious problem within Nato, on the other hand violate international air traffic rules, sharply raising the chances of causing an accident and even endangering other airfields.”

In the circumstances, Greece’s actions in the area could not be questioned, Geetha said.