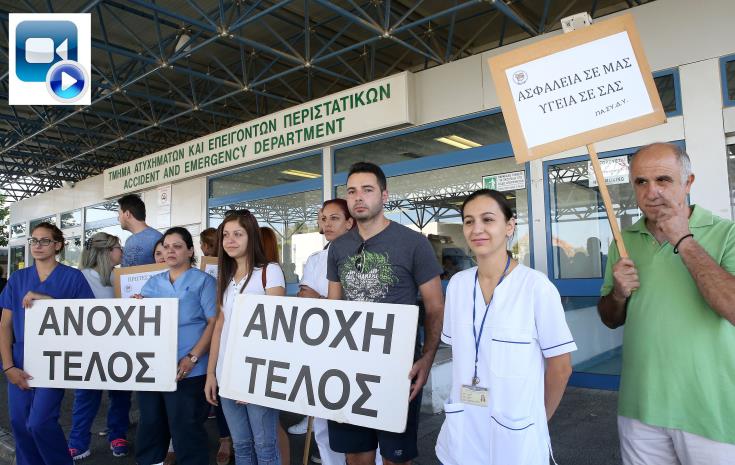 The nurses branch of public service union Pasydy, and the nurses union Pasyno are calling on the government to implement all necessary measures to ensure the safety of their members.

The call came after a female ambulance nurse was injured on Saturday morning during an incident involving an injured man in the old town of Nicosia.

She had been kicked in the face and neck while the man was being set on the stretcher to be taken to hospital.

It was not the first time medical staff have come under attack both in hospitals and out on the job.
Pasydy called for an investigation.

Pasyno said it was particularly concerned about the situation nurses were experiencing during the course of their duties “at the risk of injury and impact on their physical and mental health”.

“After the repeated incidents of violence in recent years, which have been recorded against colleagues, it is now obvious that nurses are called to work in difficult and dangerous working conditions, both in the outpatient and inpatient settings,” it said.

“The repeated attacks against nurses raise the urgent need to ensure, with state responsibility, full legal coverage and support.”

How GangstaGran took on Brexit