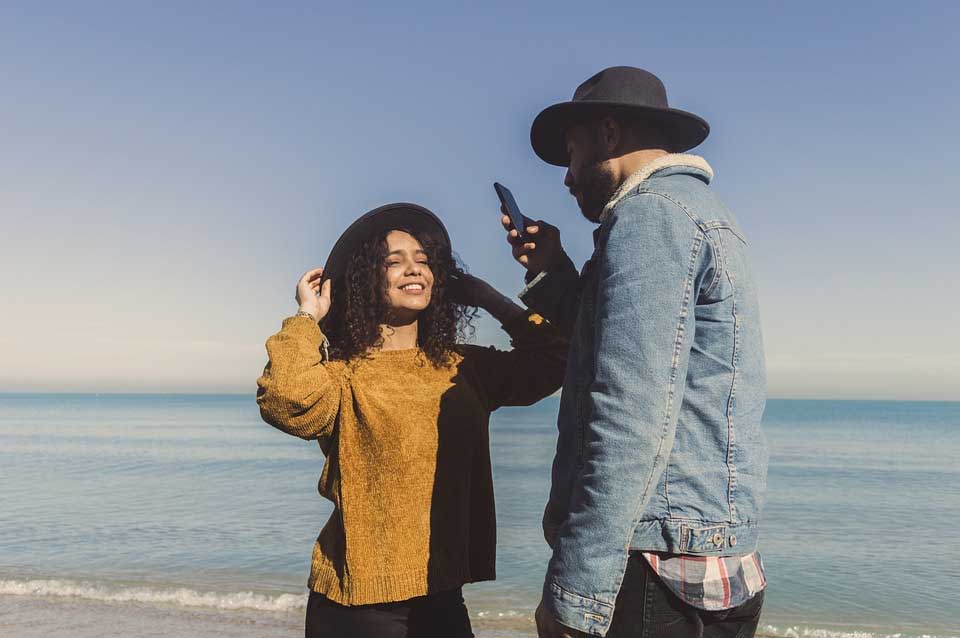 Many Eu Countries Are Allowing Unmarried Couples To Reunite

Category C and not married, you cannot be reunited with partner

Cyprus’ borders may have largely reopened two months ago, but remaining coronavirus travel restrictions and a traditional view of what constitutes a relationship are keeping couples apart with no early hope of reuniting on the island.

The now trending topics ‘Love is not Tourism’ and ‘Love is Essential’ have become whirlwinds on social media from couples who remain forced apart.

In Cyprus, individuals who do not belong in Category A or B countries and want to come to the island may apply for a special permit, which is granted by a special committee set up by the interior ministry. Applicants must be Cypriot nationals or residents, relatives of a legal resident or a spouse.

The word spouse is key here. In an age where it has become increasingly popular for couples not to marry, many have found themselves unable to be with their partner because they lack the spouse status.

Ironically, two individuals the Sunday Mail spoke to are engaged and actually want to get married.

Christina Nicolic, who asked her name to be changed for anonymity met her partner in Serbia where she lives. He is also a Serbian national but with dual Cypriot citizenship. He lives in Cyprus playing for one of the island’s football teams.

The two met in October in Serbia and have since been in a long-distance relationship visiting each other as frequently as they could.

“The last time I saw him was in February,” she told the Sunday Mail from Serbia. The pandemic caused a nationwide lockdown and although it was difficult, they tried their best to be patient.

Cyprus eventually reopened its airports and on June 29, Serbia was a Category B country – meaning a PCR test was required 72 hours before travel and Nicolic could visit.

Nicolic was ecstatic but wanted to finish her university exams as a final year law student.

By the time she was free to travel Cyprus issued a new travel decree bumping Serbia into Category C on July 3. This meant Nicolic would have to obtain a special permit – something she is still ineligible for because she is not married.

Nicolic has since desperately been trying to find a way to come to Cyprus. “In Serbia, it’s like we’re living in a prison. There’s nowhere we can go,” as most countries don’t allow travellers from there.

“I am willing to do anything, tests, quarantine, anything. I am one person, is it really such a huge disaster if I come?”

Though there were thoughts of her fiancé going to Serbia, upon his return to Cyprus he would have to quarantine for 14 days, making it impossible due to his football training.

“I lost five pounds because of the stress. It’s so hard when you don’t see each other for so long. If I knew when I would see him again I would count the days. But I don’t know when we will see each other.”

The issue of the forced separation of unmarried couples has even grabbed the attention of EU Commissioner for EU affairs Ylva Johansson who has urged member states to allow entry of people in relationships with EU residents and citizens.

In a pinned tweet she said: “I fully support a common European approach to allow entry of people into EU if they have duly attested relationships with EU citizens & residents. I encourage Member States to do so. Thanks to Minister Seehofer @EU2020DE for cooperation on this #LoveIsNotTourism #LoveIsEssential.”

Affected couples share screenshots from the European Commission website on travel and transportation during the coronavirus pandemic which specifies partners, amongst others, should be exempt from travel restrictions.

“Entry of durable partners should thus be allowed, without thereby creating a precedent for other legal acts. Documentary evidence to prove the partnership with an EU citizen and its duration can be requested. Evidence may be adduced by any appropriate means,” the website reads.

So far, Denmark, Norway, Netherlands, Czechia, Iceland, Austria, Switzerland, Finland, Germany, France and Spain have announced they are allowing non-married couples to reunite, with varying conditions. For instance, in Norway, couples must prove they have been together for at least nine months and have met in person at least once. In the Netherlands, couples must have dated at least three months and have seen each other twice, prior to coronavirus entry bans coming into effect. Forms of proof some countries require include text messages and/or photographs.

Many stories have come to light from across the world with partners missing even the birth of their own child due to restrictions that would have enabled them to reunite had they been officially married.

“It’s really all because of a paper,” Nicolic said. “I don’t want to come for a weekend to see him. I want to get a one-way ticket to Cyprus.

“A few of us won’t make a big problem for everyone’s health I’m sure. I send emails every day to the ministry of foreign affairs. I will be persistent and hope for some answer.”

Nicolic is not the only one struggling to make Cyprus hear her case. Another man, Stelios Papageorgiou (not his real name), a Greek national permanently living on the island for the past three years, told the Sunday Mail he has been with his Russian partner for the past year-and-a-half.

They tried to see each other as much as possible during their relationship, he flew over to Russia and met her family and she travelled to Greece to meet his.

Nonetheless, the all too familiar turn of events happened. They last saw each other on March 6, a few days before Cyprus announced its first case.

“Since then it’s been WhatsApp calls, texts. There was quarantine, borders closed, we said we’d wait.”

Like Serbia, Russia is a category C country but once Cyprus’ airports reopened, the couple applied for a special entry permit three times – and was rejected.

“We don’t want to just meet. We want to get married. I’m 35-years-old, we want to officiate our relationship and have a family together,” Papageorgiou said.

Not giving up, he even wrote a letter to President Nicos Anastasiades. “He often invites people to the presidential palace where humanitarian reasons are concerned, I thought maybe there’s a chance there.”

He has yet to receive an answer. Embassies from all countries involved said there was nothing they could do to help – the rules have been set in Cyprus.

Government advisor and professor of microbiology and molecular virology at the University of Nicosia Medical School, Petros Karayiannis told the Sunday Mail “for us it’s not a issue. It’s the government that makes the decision.”

Asked if there were plans to reconsider the rules, the interior ministry said it follows the protocols set by the health ministry. The latter could not be immediately reached for comment.

“There are flights from Russia to Cyprus now. Why is it so difficult to allow her to get one of those flights and come here?” asked Papageorgiou.

The Cyprus Airways websites shows flights from Moscow to Larnaca once a week until the end of September.

Tales from the Coffeeshop: Liverpool supporter aside, what’s wrong with Hellenic’s CEO?