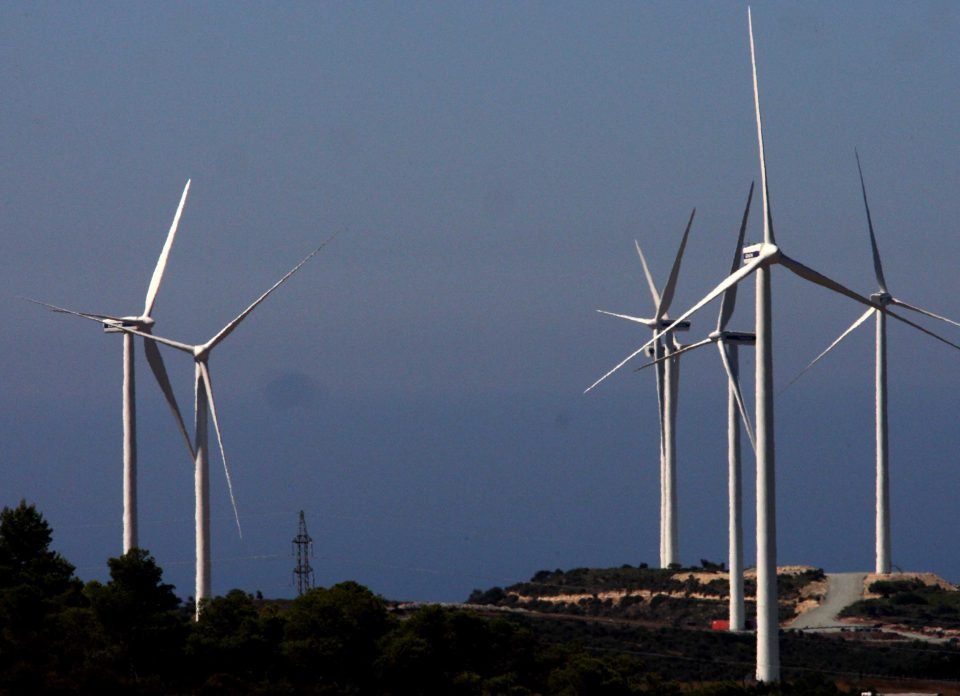 The Windfarm at Orites

A new Norwegian study has concluded that after a blade on each of four turbines was painted black, compared with four neighbouring turbines that remained all white, this cut bird deaths by 72 per cent.

Colouring the blades makes it easier for the birds to spot and avoid flying into them.

Which begs the question of what the Cyprus government is doing to prevent the killing of birds and bats by turbine blades, given the largest wind farm, Orites, alone has 41 turbines.

Orites is indeed the most problematic farm of its kind on the island, bird lovers and the government agree. 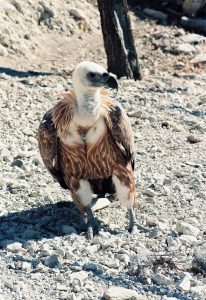 “Cyprus often gets it wrong. The biggest farm, in Orites, between Limassol and Paphos, is in a Natura 2000 site and is an area where large birds fly, such as vultures which are extremely endangered in Cyprus. There is a serious collision risk.”

The government agrees there have been problems.

Its location inside a Natura area has prompted the EU to launch official complaints, officer at the department of the environment Irene Constantinou commented.

This in turn has prompted the government to propose a specific programme, which she says has been accepted by the European Union.

The owners have been forced to take measures, such as making the area where the turbines are less attractive to birds, by installing equipment which gives off noises the birds dislike and unattractive lighting.

At the same time, the surrounding safe area has been made more attractive, by planting trees and placing boxes for them to nest in and providing food.

“This has been done after a lot of research and guidance by the EU to mitigate the impact,” Constantinou added.

Though this has apparently appeased the EU, how much it is being mitigated is hard to say.

“One problem is it is not easily studied unless you have a carefully designed monitor system. The bird is hit and falls to the ground and most likely will be eaten by a fox so it is not easy to count how many are killed,” Hellicar explained. “You need a proper monitoring system to start with.”

One way is to install a radar system which stops the blades from running when a bird approaches, he said. “But all such systems involve money and this is where it stops in Cyprus.”

It took the Norwegian scientists ten years to come to their conclusions, during which they conducted 1,275 searches of areas under blades to scour for bird carcasses.

What happens in Cyprus is similar – in a way.

“The owners are required to monitor the situation, and report how many birds have been found in the different seasons,” Constantinou said.

The owners hire the experts doing the monitoring, but they are not independent consultants.

“The government also does its own monitoring and compares it with what the owners report,” she said.

In any case, there is not a large number killed in Cyprus, according to the environmental officer – though given the potential flaws in the monitoring system and the fact that the dead birds might be eaten before they can be counted surely mean this is far from a certainty.

What both agree on is the farms are good for the environment, but saving the birds is also important. They don’t agree on the methods however.

“It is a serious issue and there have been a lot of studies. Of course we want wind power, it is an important solution to climate change but we have to balance it with the negative impact on biodiversity,” the BirdLife Cyprus director said.

“We are aware that there is a negative impact on the birds. We examine all applications together with the Game Fund,” Constantinou commented. “Depending on the location we impose terms and conditions.”

Lebanon hanging by a thread!