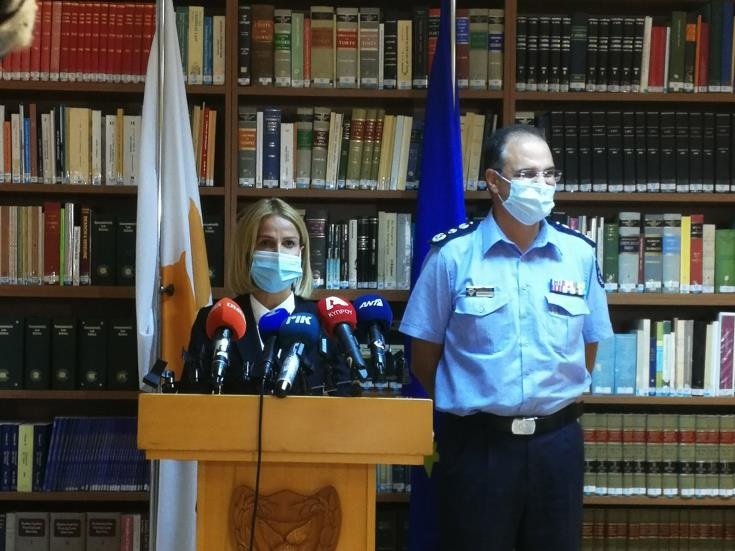 Police will not act against hundreds of demonstrators who staged a protest against Covid restrictions outside the presidential palace on Saturday night, it was announced on Monday.

Instead, the health ministry drew up a list of guidelines for protests which include people needing to stay 1.5 metres from each other, and wear masks. The guidelines also prohibit flyers and street vendors.

The organiser must also inform the police and name a liaison who will be responsible for the proper application of the measures during the protest.

The decision was taken at a meeting between police chief Stelios Papatheodorou and Justice Minister Emily Yiolitis with officials from the health ministry to discuss the protest, attended by hundreds of people on Saturday. Attorney-general Giorgos Savvides was also consulted on the issue.

Mass gatherings of more than 50 people, even outdoors, are prohibited under the coronavirus measures.

Yiolitis said the restrictive measures “which we have responsibly endured for months now are not intended to harm democracy nor are they politically motivated or expedient. They are universally applied in almost all countries that have been affected and are hopefully temporary”.

“They have one and only purpose, to save lives and to treat patients,” she added.

Part of the rules will be making protest organisers responsible for ensuring the social distancing and mask wearing. If there is no organiser, the demonstration will be deemed illegal.

As with all demonstrations, instructions recommended by the police regarding the traffic and policing measures must be followed.

“The intention is to protect the right of citizens to assemble and demonstrate, but at the same time to ensure an equal right to self-protection during the pandemic,” Yiolitis added.

She said the public has until now shown great responsibility in adhering to the pandemic protocols, and called for “a little more patience, until we all return to the normality we so desire”.

Asked what penalties would be imposed for violating the rules for holding demonstrations, the minister said this had not yet been agreed but the penalties would fall on the organisers. As for the protest on Saturday, she said police had decided to give them a free pass this time.

Chevron to exploit Aphrodite gas ‘as soon as possible’

Anastasiades to meet Tatar next week