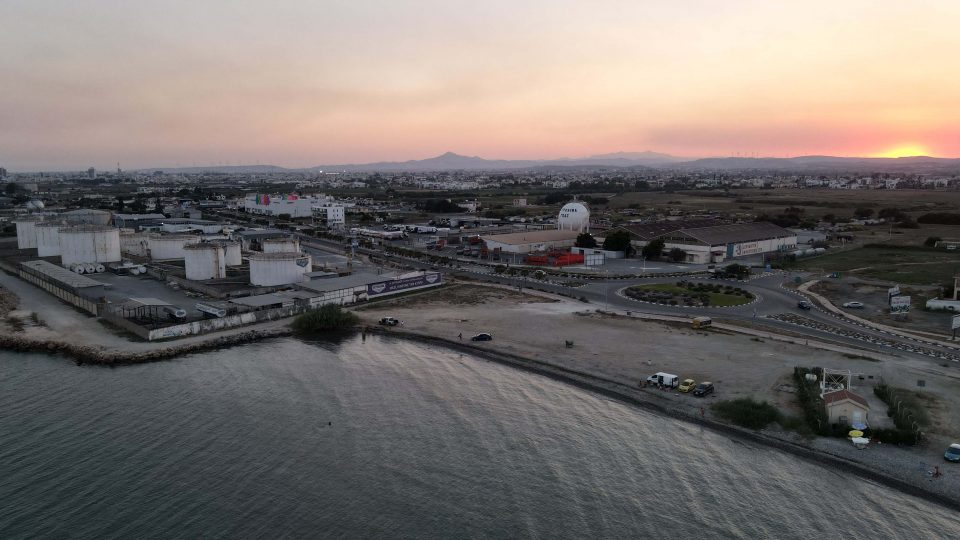 The storage facilities at Larnaca

Energy Minister Natasa Pilides said on Monday the government is intent on committing to the timeframe of summer 2021 for transferring the fuel terminals in Larnaca decided between the president and the companies on Friday.

In statements after a meeting with Larnaca mayor Andreas Vyras, the municipal council and President Nicos Anastasiades, Pilides said the timeframe for moving the storage facilities and a controversial asphalt plant will be kept.

Last Friday, the government and the companies agreed to a timeframe of one year to transfer the fuel storage facilities in Larnaca to Vasilikos.

“For liquid fuel, companies have already stopped work in Larnaca, and all that is left is the process of demolishing [the facilities], which is already in the works,” she said.

Pilides added that for the off-loading of fuel at Vasilikos harbour the issue left is for a study to be completed within two months, regarding the feasibility of importing fuel at the harbour.

“All the other ongoing processes will continue, so there is as little delay as possible,” she said.

On the asphalt plant, she said there will be meetings at the energy ministry this week to set timeframes based on preparations being made by the port authority and the companies.

The plant is controversial and plans to relocate it from Dhali to the Vasilikos area has angered nearby residents who said they will protest on Tuesday.

The nine communities of the Vasilikos area said they would shut down the entrance to the under-construction energy centre on Tuesday morning, following the decision to move the plant.

The asphalt plant was originally located in the Dali and Tseri area before protests by residents there led to a government pledge in July to be move the plant to the Vasilikos area.

Since then the nine villages there have warned they too were ready to protest.

The head of the villages’ coordinating committee and the mayor of Kalavasos, Lefteris Fokas said on Monday the villages’ (Kalavasos, Tochni, Zygi, Mari, Maroni, Psematismennos, Asgata, Pentakomo,, and Choirokitia) residents would block the four entrances to the energy centre from 8am to 10am.

Residents will be protesting at the entrance to Mari, the junction of the old Nicosia-Limassol road, the waste management plant in Pentakomo, and the entrance to the centre from Vasilikos.

Fokas said back in 2014, the communities agreed with then Energy Minister Yiorgos Lakkotrypis the energy centre would be constructed in the area, but also no factories causing pollution, including ammonia, methanol, or asphalt would be moved to the area.

He warned the communities would take the case to European Union court, if the decision is not overturned. Fokas added they could present all the communication on the matter they had with energy ministry.

Previously, Fokas said four of the objecting communities would be between 1,500 to 500 metres from the proposed site of the plant

Students urged not to ‘double book’ places in Cyprus and Greece