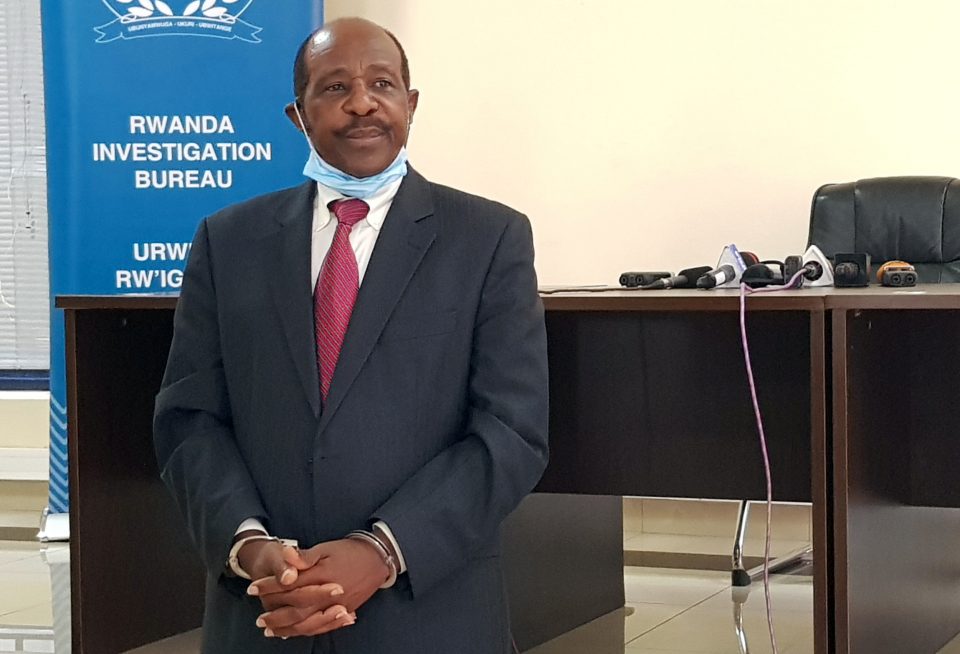 Rwanda said it had arrested Paul Rusesabagina – the man who was hailed a hero in a Hollywood movie about the country’s 1994 genocide – on terrorism charges, and paraded him in front of the media in handcuffs.

Rusesabagina was played by Don Cheadle in the Oscar-nominated film ‘Hotel Rwanda‘ which told the story of how he used his job as a hotel manager and his connections with the Hutu elite to protect Tutsis fleeing the slaughter.

On Monday, two police officers brought the 66-year-old to a press conference at the headquarters of the Rwanda Investigations Bureau and let media film him and take photographs.

Rusesabagina, who wore a facemask, did not speak. He has said in the past he is the victim of a smear campaign in Rwanda.

“Rusesabagina is suspected of being a founder or a leader or sponsor or member of violent armed extremist terror outfits … operating out of various places in the region and abroad,” the bureau’s spokesman, Thierry Murangira, told journalists.

The bureau said on Twitter he had been arrested “through international cooperation”, and had been the subject of an international arrest warrant, without going into further details.

Rusesabagina, a critic of President Paul Kagame, moved abroad after the genocide and won worldwide acclaim, receiving the United States’ highest civilian award, the Presidential Medal of Freedom, in 2005.

But back home he has sparked outrage with warnings of another genocide, this time by Tutsis against Hutus. He has drawn criticism from some genocide survivors and Kagame who accused him of exploiting the genocide for commercial gain.

In 2010, the prosecutor general told Reuters that authorities had evidence Rusesabagina had funded terrorist groups, though no charges were brought.

Authorities have since said he had a role in a string of alleged attacks by National Liberation Front (FLN) rebels in southern Rwanda along the border with Burundi in 2018.

Rusesabagina, whose father was Hutu but mother and wife were Tutsi, has denied exaggerating his role in rescuing Tutsis. He has not publicly responded to the charges of supporting armed groups.

Soldiers of the then Hutu-led government and ethnic militia allies orchestrated the genocide in which victims were hacked to death with machetes, burned alive or shot.

The killings ended when Tutsi rebels, led by Kagame, seized control and triggered an exodus of more than 2 million Hutus.