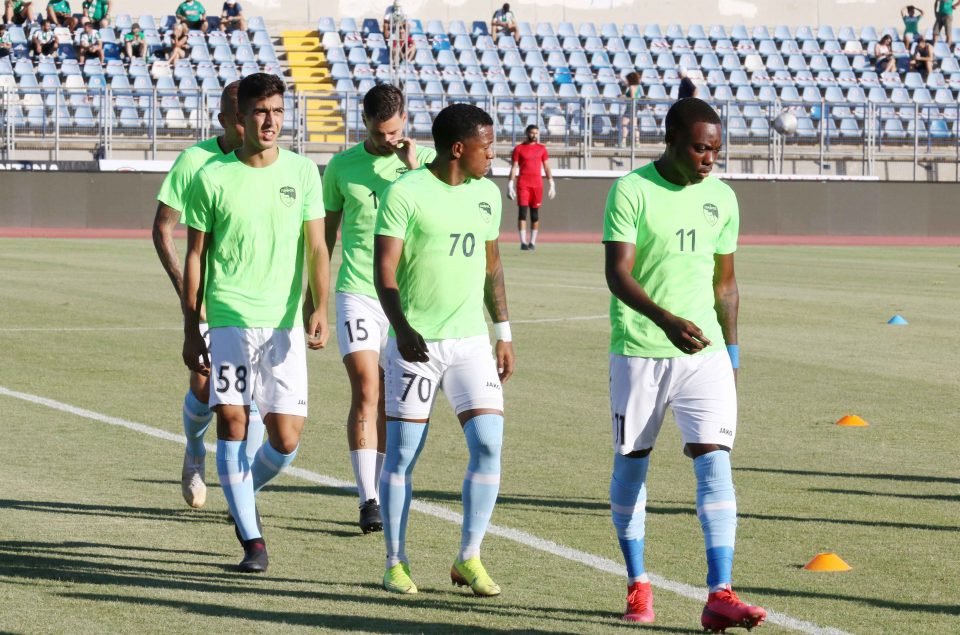 Pafos players warm up before the game v Omonia

The Pancyprian Footballers Association (Pasp) on Monday has expressed serious concerns over afternoon football games played amidst a heatwave, citing the dangers posed to the players’ health.

Pasp explained that with the coronavirus outbreak and the protection of all athletes from the disease being the primary point of focus, secondary but important issues such as the extreme temperatures experienced on the island in recent weeks have been ignored by authorities.

Pasp referred to the recent temperatures of over 40 degrees Celsius, as well as a specific incident during a second division game which started at 5pm. During the game, a foreign player had to be taken to the hospital after the extreme heat caused him to momentarily faint and lose consciousness.

“According to research conducted by FIFPro, the risk of suffering a heat stroke is increased during this time of year”, Pasp stated.

The union also added that the scheduling of games, where games are taking place back-to-back in order to fill out the broadcast schedule for television networks, acts against the best interest of professional football players.

Pasp added that Cyprus is a country that experiences heatwaves in August and September and that “it is not normal to schedule games at 6.30pm, let alone at 4.30pm”, the latter being the proposed scheduling time for some second division games.

Pasp has asked for afternoon games to be moved forward to later hours of the day, and urged the Cyprus Football Association (CFA) to reach an agreement with broadcasters.

Finally, the union noted that should further incidents take place during which players’ are incapacitated or otherwise impaired due to the heat, all responsibility should fall on the shoulders of the CFA, since the association is in charge of scheduling the fixtures.