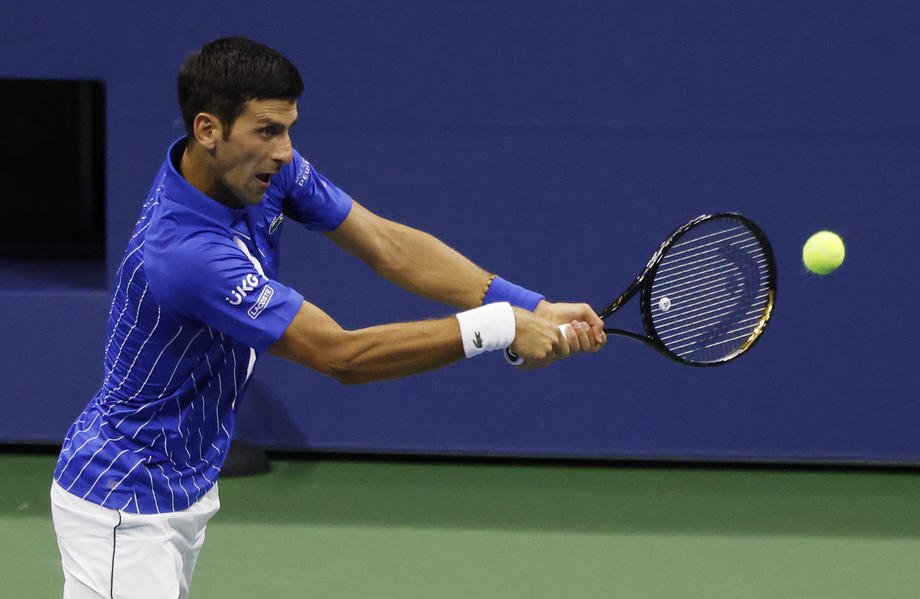 Novak Djokovic showed a bit more passion than might have been expected in his first-round win over Damir Dzumhur on Monday but the world number one brushed aside any question that he was feeling the pressure as overwhelming U.S. Open favourite.

The Serbian lost his way a bit in the second set but rallied for a straightforward victory on Arthur Ashe Stadium that extended his extraordinary winning streak to 24 matches this year.

The absence of fans because of the coronavirus pandemic perhaps exaggerated his testy exchange with the umpire, the angry roar he emitted after sealing the second set, and a bit of back-and-forth with his box.

For Djokovic, though, it was just all part of his make-up as a 17-times Grand Slam champion.

“You care about winning a tennis match, obviously you’re a professional,” the top seed said on court after setting up a second-round meeting with Briton Kyle Edmund.

“If I didn’t care, I wouldn’t be here. This is how I play, I play with a lot of intensity and try to bring a lot of energy to the court.”

In the absence of the two other men vying for the title of the greatest male player of the modern era, Roger Federer and Rafa Nadal, Djokovic is an odds-on favourite with the bookmakers to win a fourth U.S. Open crown.

That, combined with maintaining the prospect that he might go through the year unbeaten, could weigh on a player with less mental strength.

“I know pressure is a privilege, pressure is part of what we do,” Djokovic added in a news conference.

“I try to embrace it. I know what I need to do and how to behave, how to make myself calm and composed and focused on what really needs to be done.”

Djokovic admitting to resorting to cliché when he said he would be taking each match as it came at Flushing Meadows but eschewed the usual sporting trope about ignoring statistics when asked about the winning streak.

“Am I thinking about it as a priority number one every single day? No.

“It’s there, and of course it’s an additional motivation for me. It actually fuels me to play even stronger, play even better, I think bring the right intensity every match.”

Transport company says was not told about bus strikes