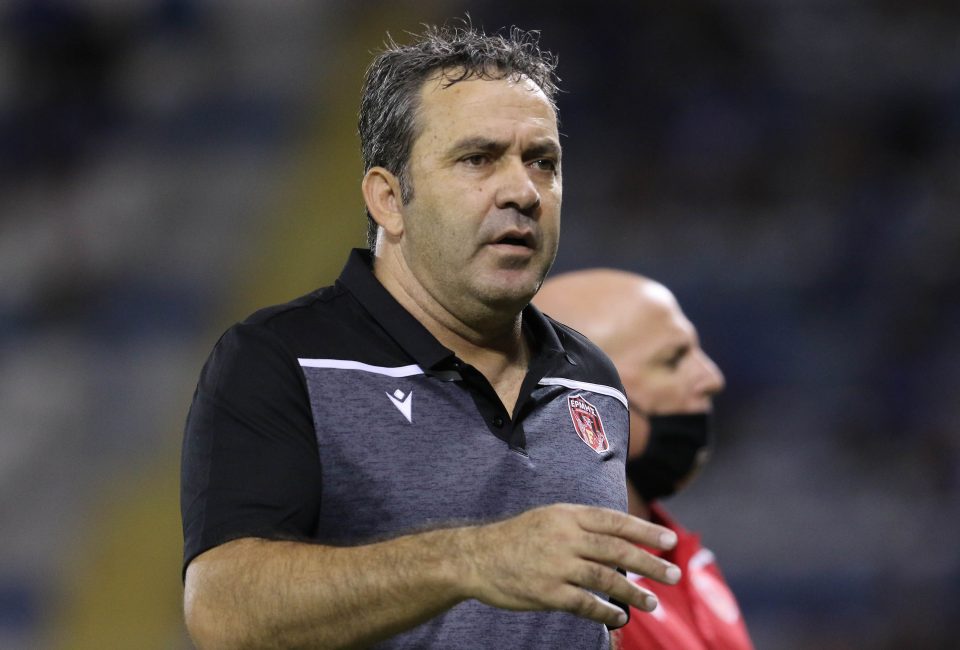 Imagine the following scenario. The team you manage is being decimated at home, conceding goal after goal, with no apparent end to the devastation in sight. Before the game is over, your own club’s social media account has shared a statement with the public saying that both you, the manager, as well as the rest of your coaching staff and the director of football, have all been fired. The game is still ongoing, but you end up losing 0-6 without a single silver lining to console yourself with.

Such was the fate of now former Ermis Aradippou manager Nicos Panayiotou. Though the statement was briefly retracted and the post deleted, mostly to alleviate some of the embarrassment and crassness of the entire debacle, the heavy defeat to Apollon Limassol left the board with little choice but to dismiss the former Cypriot international. Assistant manager Emilios Tekkis, goalkeeping coach Michalis Michael, and sporting director Savvas Savva were also sacked.

Speaking to the media after the game, Panayiotou asked for the forgiveness of the board and fans, calling the result embarrassing.

“I take responsibility for this result and all of the mistakes that happened”, Panayiotou said. “In football, there are big wins and big losses. Difficult moments show who is good enough.”

Elsewhere during the weekend, AEL Limassol came back from behind to defeat Nea Salamina 2-1 at home, with the visitors expressing intense dissatisfaction with the level of officiating during both of their first two league games this season.

Indeed, the highlights do indicate that AEL were quite lucky to finish the game with all eleven players on the pitch. In the first minute of the game, Adamovic’s late tackle resulted in him driving his studs into Salamina player Andreou’s thigh.

In the 61st minute, AEL centre back Teixeira body-checked Salamina winger Varela, upending the forward into the air to stop a penetrative run. Teixeira would have been one-on-one with the keeper, with a teammate unmarked for the additional option of an easy tap-in, had he not been blatantly fouled.

Finally, in the 86th minute, Manuel Torres tackled young forward Iasonas Pikkis from behind, using both feet, with his entire body momentarily off the ground while lunging in, the very definition of a straight red card.

Apoel continued their bad start to the season with more points dropped. Their draw against Karmiotissa in the first round was followed with an emphatic defeat away at AEK Larnaca. AEK looked by far the more assured side throughout the entire game.

Apoel have the extenuating circumstance of an away European game midweek and the subsequent levels of fatigue, but that will not do much to allay concerns among the fans nor the club’s management.

Reportedly, manager Marinos Ouzounides has given his squad a two-day break and has explicitly asked them to make their minds up as to whether they are fully committed to the cause or not.

Omonia defeated Karmiotissa at home with a goal scored by Ioannis Kousoulos, while Anorthosis made the most of a goal scored by Tornike Okriashvili in the dying moments of the game to secure an away victory over Pafos.