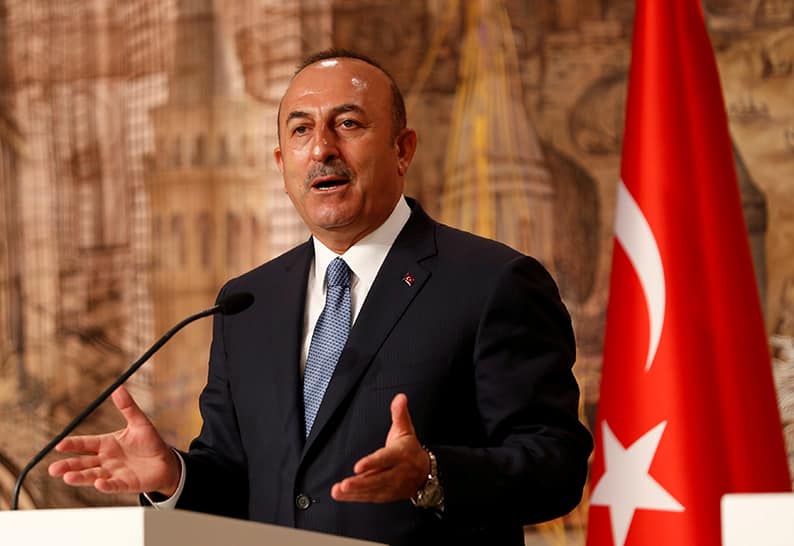 Turkey is open to dialogue with Greece to solve disagreements over Mediterranean rights and resources as long as Athens is too, Foreign Minister Mevlut Cavusoglu said on Tuesday.

The NATO allies vehemently disagree over claims to potential hydrocarbon resources in the eastern Mediterranean based on conflicting views on the extent of their continental shelves.

Both sides say they are ready to resolve the dispute through talks, while insisting on upholding their own rights. They have held military exercises in the eastern Mediterranean, highlighting the potential for the dispute to escalate.

“If you are open to solving our existing issues through dialogue, we have always been open (to it),” Cavusoglu said.

“Unfortunately, because our calls have not been heeded… we took the necessary steps in the field and at the table,” he told a news conference. “We would like to renew our call on Greece: Don’t take negative steps against Turkey after being provoked or used by others,” Cavusoglu said. “Don’t neglect the international agreements …You will come out a loser.”

The Turkish navy issued an advisory late on Monday saying its Oruc Reis exploration vessel, which has been surveying disputed waters between Crete and Cyprus, would continue working in the area until September 12.

The advisory prompted an angry response from Athens, which said it was illegal and urged Turkey to ease tensions.

The European Union’s executive, which has supported EU members Greece and Cyprus in the standoff with Turkey, called for dialogue and demanded that Ankara refrain from unilateral steps that stoke tensions in the eastern Mediterranean.

The EU’s message for de-escalation and dialogue, including a precise timeline in order to avoid restrictive measures, is very clear towards Turkey, European Commission and EEAS Spokesman Peter Stano told CNA on Tuesday.

Stano reiterated the conclusion of the informal meeting of EU foreign ministers last Friday Gymnich which warned Turkey with sanctions if dialogue does not prevail until September 24.

He did say there was more taking place than was obvious to the public eye. “Not everything is taking place only in the public domain, there are a lot of other activities which might not be so visible at this moment,” he said.

“The message is clear, the timeline is clear and also the measures are clear, and we hope this is being taken into account by our Turkish partners and friends and they will start to act accordingly so we do not have to proceed through the alternative path of restrictive measures, but we proceed with dialogue and the effort to de-escalate through negotiations and direct talks,” he added.

Asked about the latest Navtex issued by Turkey, Stano said the expectation, the timeline and the consequences “have been very clearly formulated by the EU and we expect from Turkey to act in a way to contribute to de-escalation and not the opposite.”

Work outfit ideas | What to wear to the office